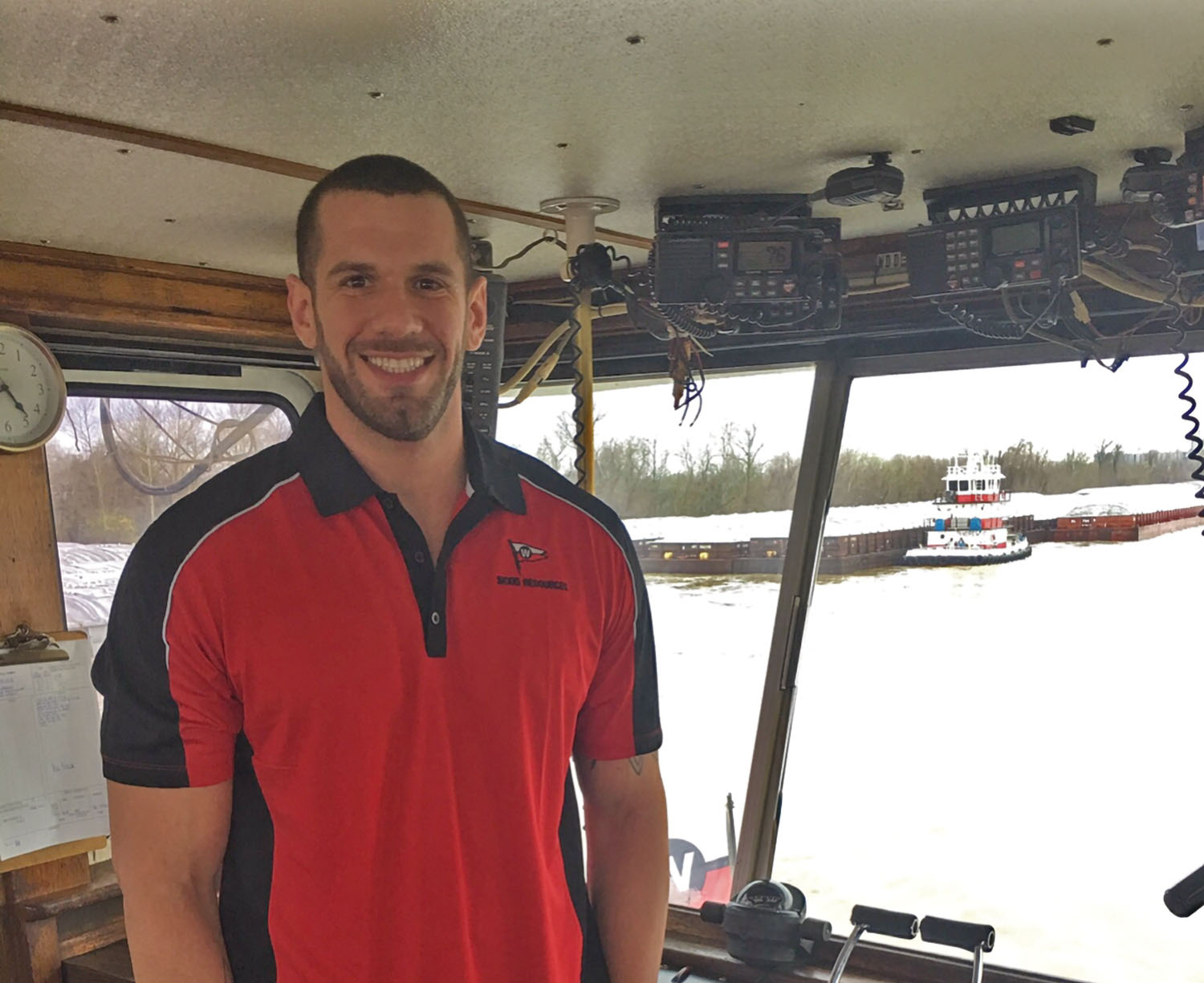 To say Capt. Kenny Billiot Jr. is carrying on a family legacy at Wood Towing would be an understatement.

When asked how many of his family members have worked for Wood Towing, Billiot has to stop and count it up.

“Oh man, there have been a lot of them,” he said. “As far as captains—one, two, three, four, five—I think five including myself and my dad.”

The 31-year-old captain of the mv. Harold Ancar already has more than a dozen years working for Wood Towing, which is the towing, barge shifting and fleeting division of Avondale, La.-based Wood Resources. His time with Wood Towing started when he was just 18 years old on the mv. Edward Terrel with his father, Capt. Kenny Billiot Sr., his captain.

“I decked with him for three years,” Billiot said. “When I became a captain, he trained me. I’ve been on my own for eight years now.”

Billiot said it was invaluable not only working for, but also learning from, his father throughout his early years in the industry.

“He handled it well, without showing me that he was upset when I wasn’t getting things,” Billiot said. “He expected the best, but I feel like he handled it a lot better than I do.”

Billiot is already training up the next generation of the Billiot family at Wood Towing. His first cousin works as a deckhand aboard the Harold Ancar.

“And I’m training him to be a captain,” he said.

Billiot said training a close family member can be hard, but the positives of working alongside his father and cousin far outweigh the challenges.

That sense of family at Wood Towing extends well beyond those who share the same last name.

“For me and the other guys on the boats, everyone becomes friends,” he said. “It’s like a little family. When you make relationships, it’s definitely a fun time at work.”

Respect Others And The River

When thinking about keys to success on the river, Billiot focused on respect. Respect for the river and respect for fellow mariners. He recalled an incident early into his time as a captain that left an impression on him as a mariner.

“When I first broke out, I watched a boat catch fire and sink,” he said. “I’d just started running the boat, maybe a couple months.”

Billiot said he doesn’t remember the name of the vessel or what company operated it. He does, however, remember the impact the incident had on him both then and now.

“I think about that all the time, especially in high water,” he said. “I keep it in the back of my mind, because I never want that to happen to me.”

Billiot said it’s especially important to respect the river, not just when it’s high, but when it’s been high for a long time.

“You get so used to it that it’s hard to remember it’s high water,” he said. “It’s been up right now for months, and after so long, it’s easy to get complacent. You have to remember that every day.”

And that respect for the river has led to success for Billiot, who said he’s never had an incident or injury occur while he’s been on duty. Still, he said every day is a challenge and an opportunity to get better at his craft.

“I learn every day,” he said. “I’m pretty good at what I do, but I take every little opportunity to learn something else. I try to learn with every barge I move.”

In the same way, Billiot said it’s important to practice respect and good communication with crewmates and others on the river. Communication and respect, he said, are the foundation for good relationships aboard the vessel and help make both the captain and his or her crew better.

Where did Billiot learn to put such an emphasis on communication and respect? Look no further than to his first captain, Kenny Billiot Sr.

“Pretty much all his techniques running the boat I use, but probably the biggest thing I learned from him was to keep the respect of the people you work with,” Billiot said. “He’s a highly respected guy, and I try to be like that.”

With such a family history at Wood Towing, it’s easy to understand why Billiot said he hopes to retire there. But the family nature of his work goes well beyond those at Wood Towing with the name “Billiot,” he said.

“It’s a lot more about friendships there than about bosses and employees,” he said, “so it’s pretty cool.”