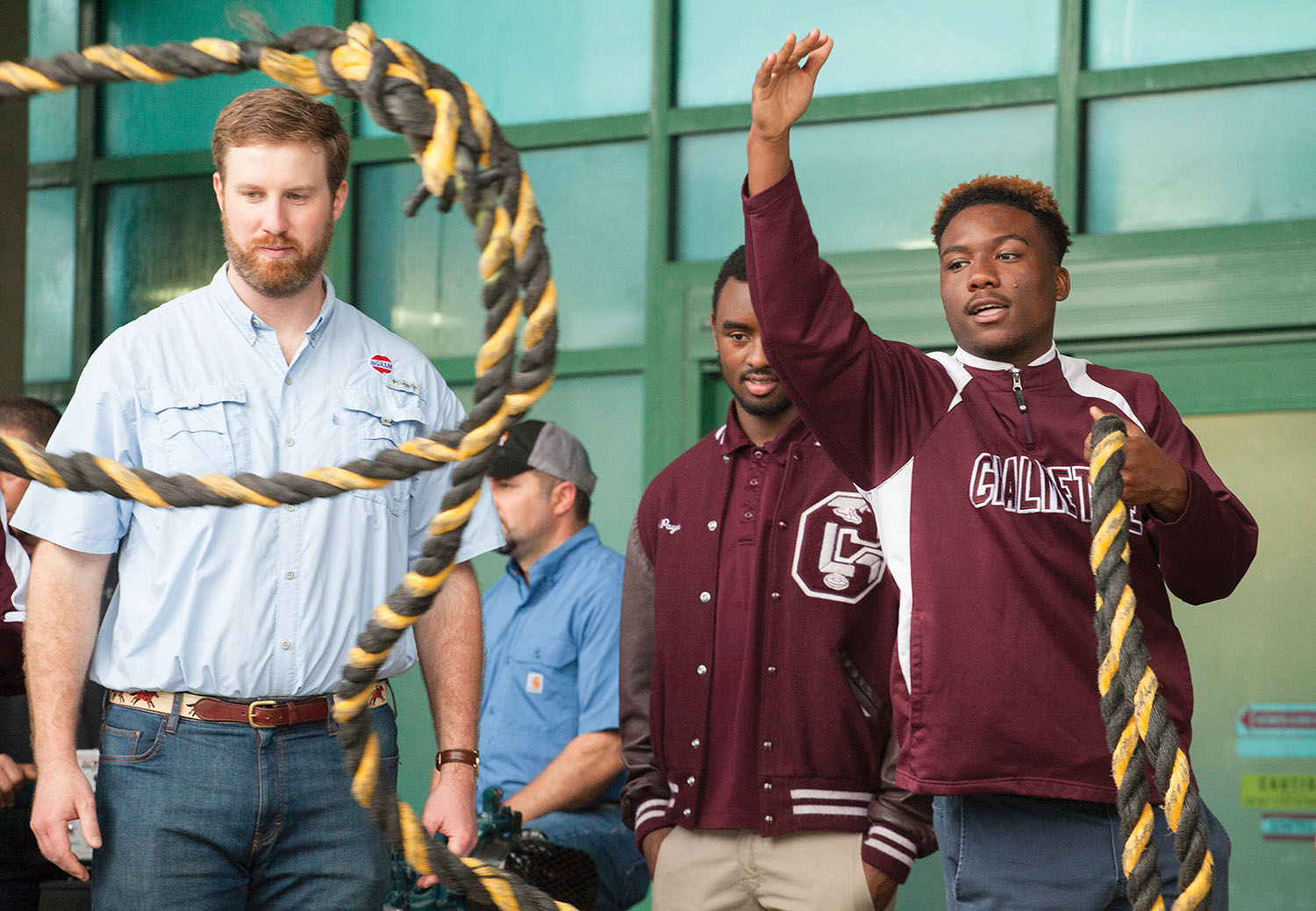 RiverWorks Discovery’s Who Works the Rivers (WWR) maritime career discovery day returned to New Orleans February 20, with close to 175 high school students from across the region gathering at the Port of New Orleans to explore the myriad of opportunities available to them in the maritime industry.

Not only that, the students got to try their hand at catching a line on a timberhead and using a ratchet, strap and wire to build a tow. Students also visited Crescent Towing’s base of operations on the west bank of the Mississippi River in Algiers—a trip that included a tour of the company’s harbor tug Mardi Gras.

For students, it was an exciting way to discover and consider the role the maritime industry might play in their future. And for industry representatives who volunteered with the event, it was a chance to share their love for the river with the next generation of mariners.

“Our WWR events express our mission in a way that is so exciting,” said Errin Howard, director of RiverWorks Discovery. “To see the faces of these young people and watch them soak up knowledge about our industry is so rewarding. It provides an alternative to some that may not go to college, that they can earn really good money with great benefits. And in some cases in less than five years could be a pilot or a captain earning over $100,000 per year and working only six months a year.”

Weather this year forced RiverWorks Discovery and the Port of New Orleans to move the event to the Erato Street Cruise Terminal. Outside in the terminal’s passenger loading area, students had the opportunity to meet a deckhand and engineer from the port’s fireboat Gen. Roy S. Kelley, simulate building tow, practice throwing a line with representatives from the Maritime Throwdown and learn about commodities and the logistics of moving cargoes on the river from representatives from Turn Services and ADM/ARTCO.

Representatives from Delgado Community College’s Maritime & Industrial Training Center met with students to discuss fire safety and training opportunities available to help them succeed in the maritime industry. There was also a representative from Cargill who discussed grain movements and simulated a grain elevator explosion.

Inside the cruise terminal, students heard presentations from other industry and education representatives, a rep from the Port of New Orleans, and from mariners themselves.

Speaking to a group of high school students from Chalmette High School, Kenneth Privitt, fleet mate with Turn Services, described how he, as a teenager, discovered career opportunities outside of going to a four-year college. He started out as a welder and fitter before coming to the maritime industry 11 years ago. He first worked for ARTCO, then joined Turn Services five years ago.

“I wanted to make a good living without going to college,” he explained. “That’s why I came to the maritime industry.”

While Privitt introduced the Chalmette students to tow building, several asked him what a green deckhand makes in a day and in a pay period. When Privitt gave them a pay range, one student replied, “That’s more than you make at McDonald’s!”

Mike Hudmon, career technical education coordinator for the St. Bernard Parish school system, praised the interaction that students, including his from Chalmette High School, had with industry representatives. Hudmon said those formative conversations plus certifications earned in the state’s Jump Start program, will go a long way toward connecting the students to jobs after graduation.

“Hopefully, they’ll find a high demand job,” he said. “There’s a lot of different ways they can go.”

While most of the students who participated were young men, women were well represented also. And they had plenty of opportunities to interact with the many women from the maritime industry present for Who Works the Rivers. Dyzier Guss, a student at the New Orleans Military and Maritime Academy (NOMMA), said a career in the maritime industry is a real possibility for her post graduation.

“I like it because I really want to do this after high school,” she said about the event. “I want to start out as a deckhand—I really like to work with my hands.”

Aristide Muganda, the maritime instructor at NOMMA, said he’s seeing more and more young women interested in the maritime track at the school. He believes that’s reflective of the increasing number of women throughout the maritime field.

“I think the industry’s changed a lot in that regard,” he said.

Cristina Del Castillo, a captain with Turn Services, said she was excited to see the young women participating in Who Works the Rivers.

“If we could just change and direct one young woman, all of it is worth it,” she said.

Slideshow: More photos from the New Orleans Who Works The Rivers event  (all photos by Frank McCormack): 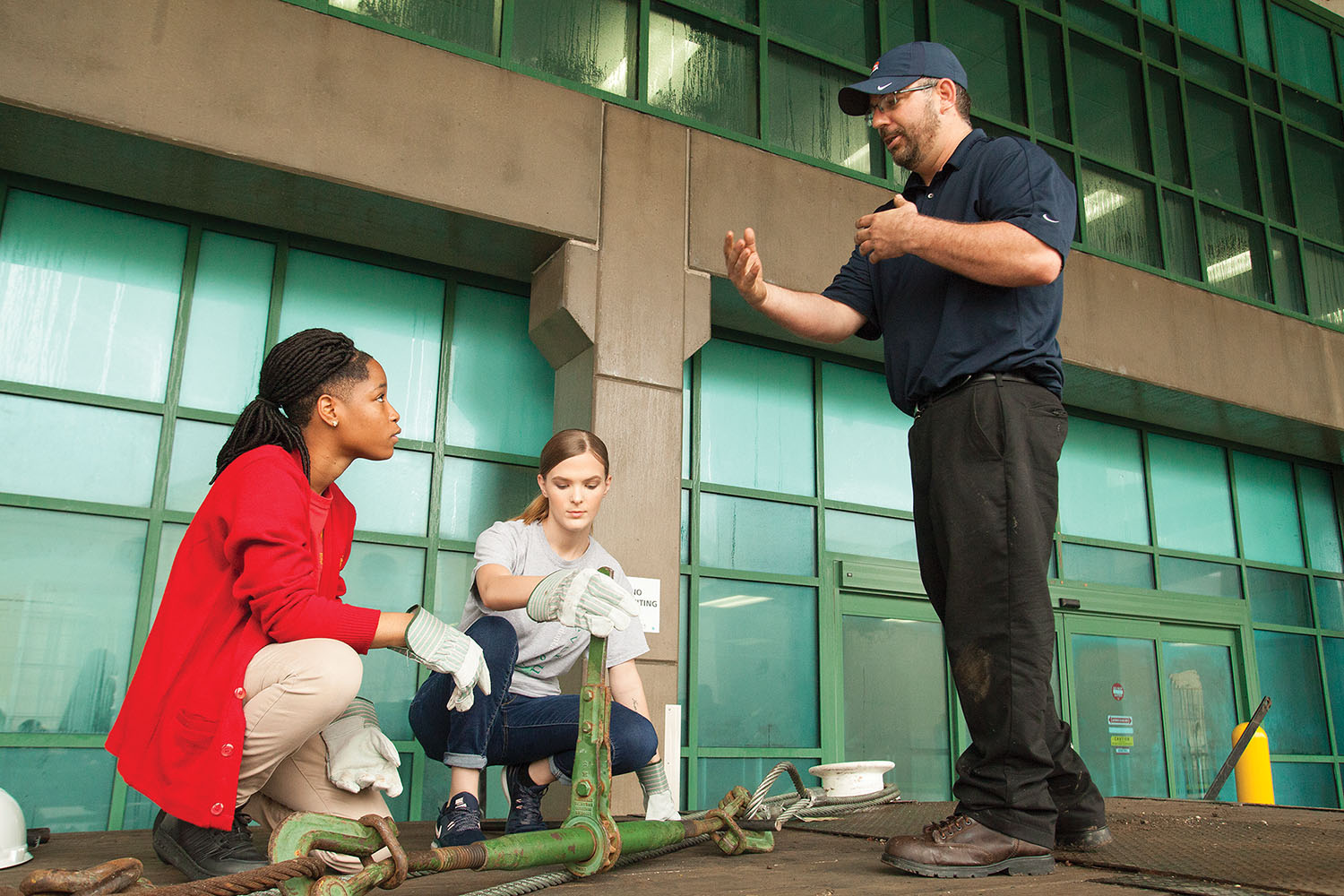 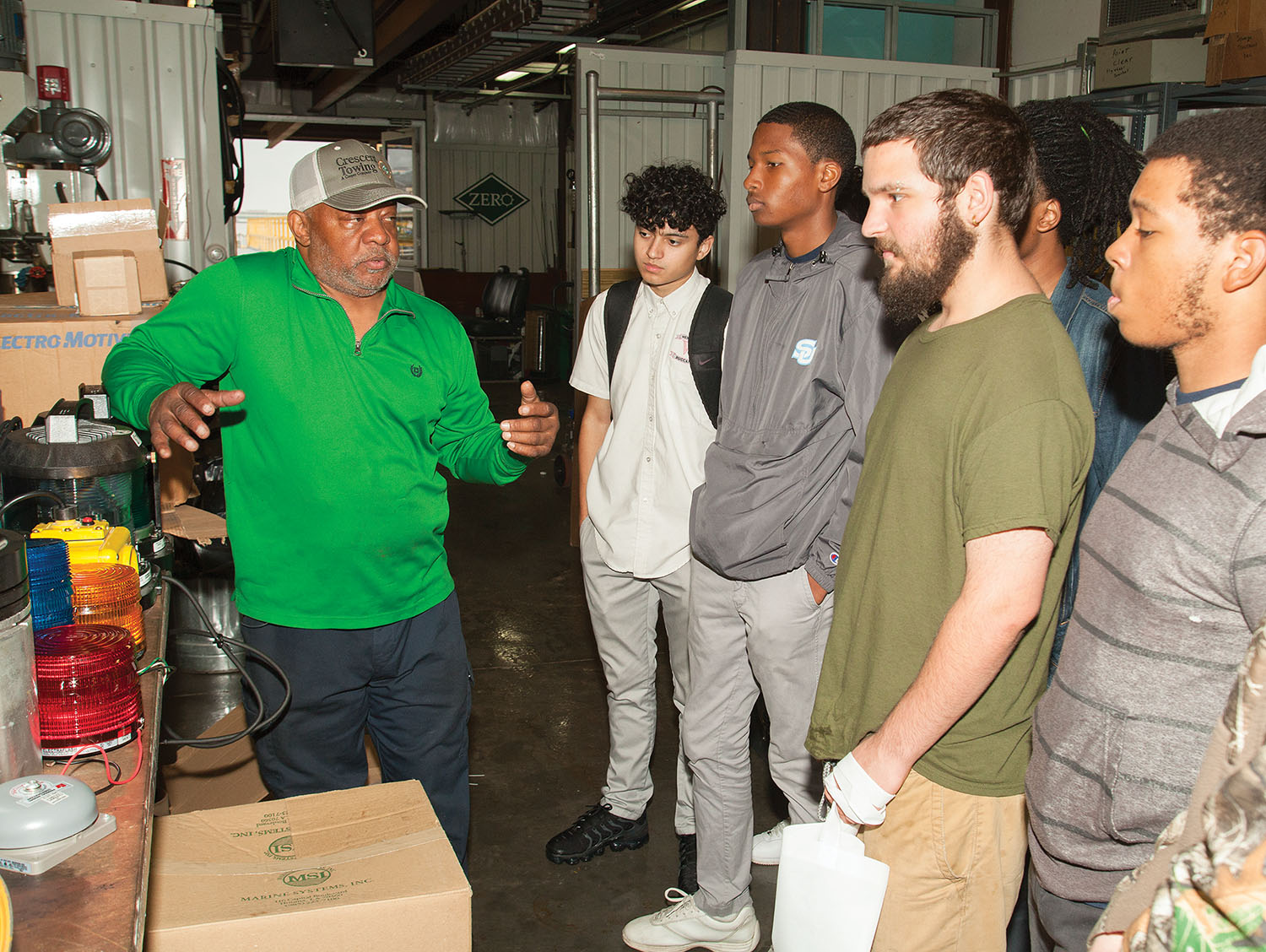 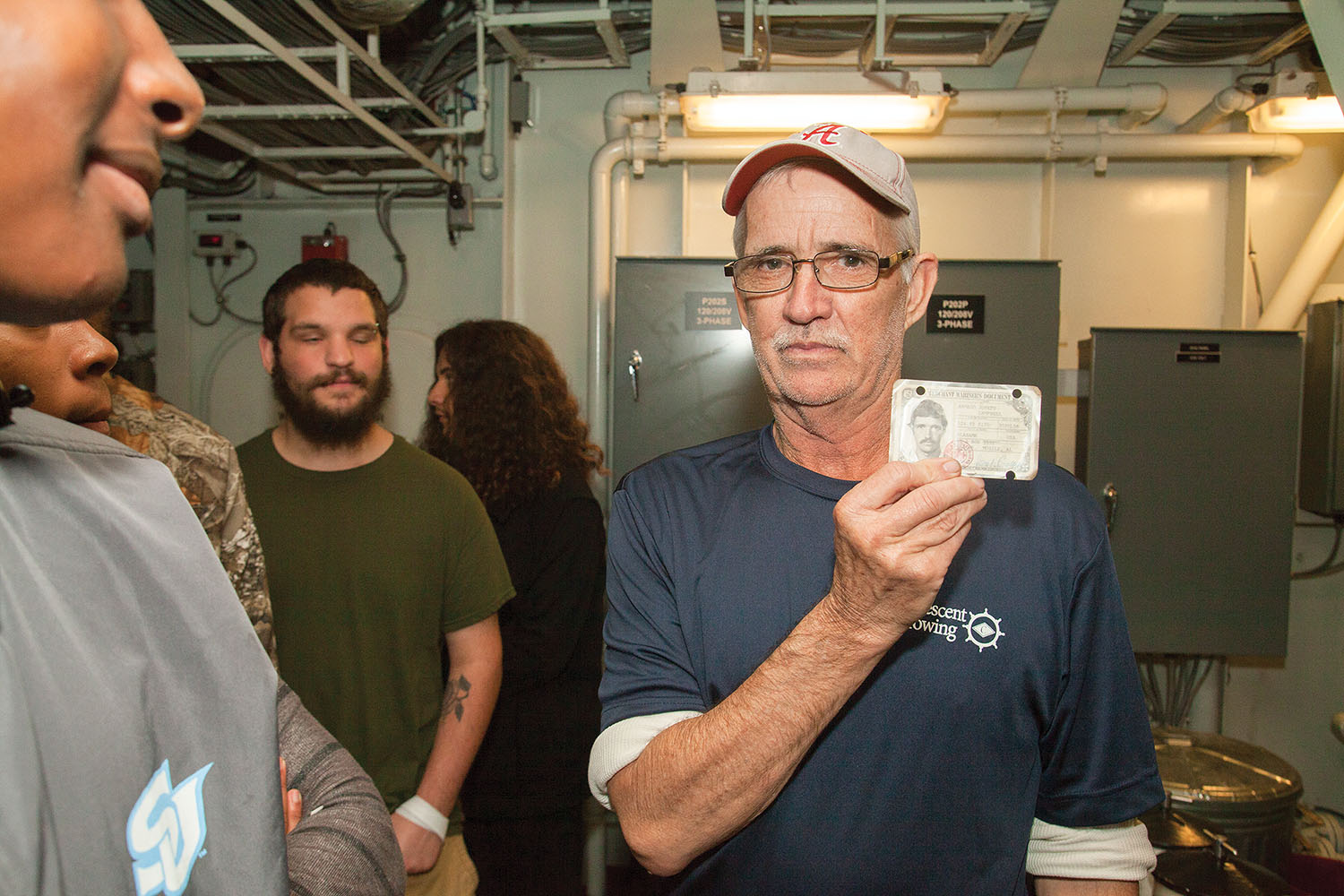