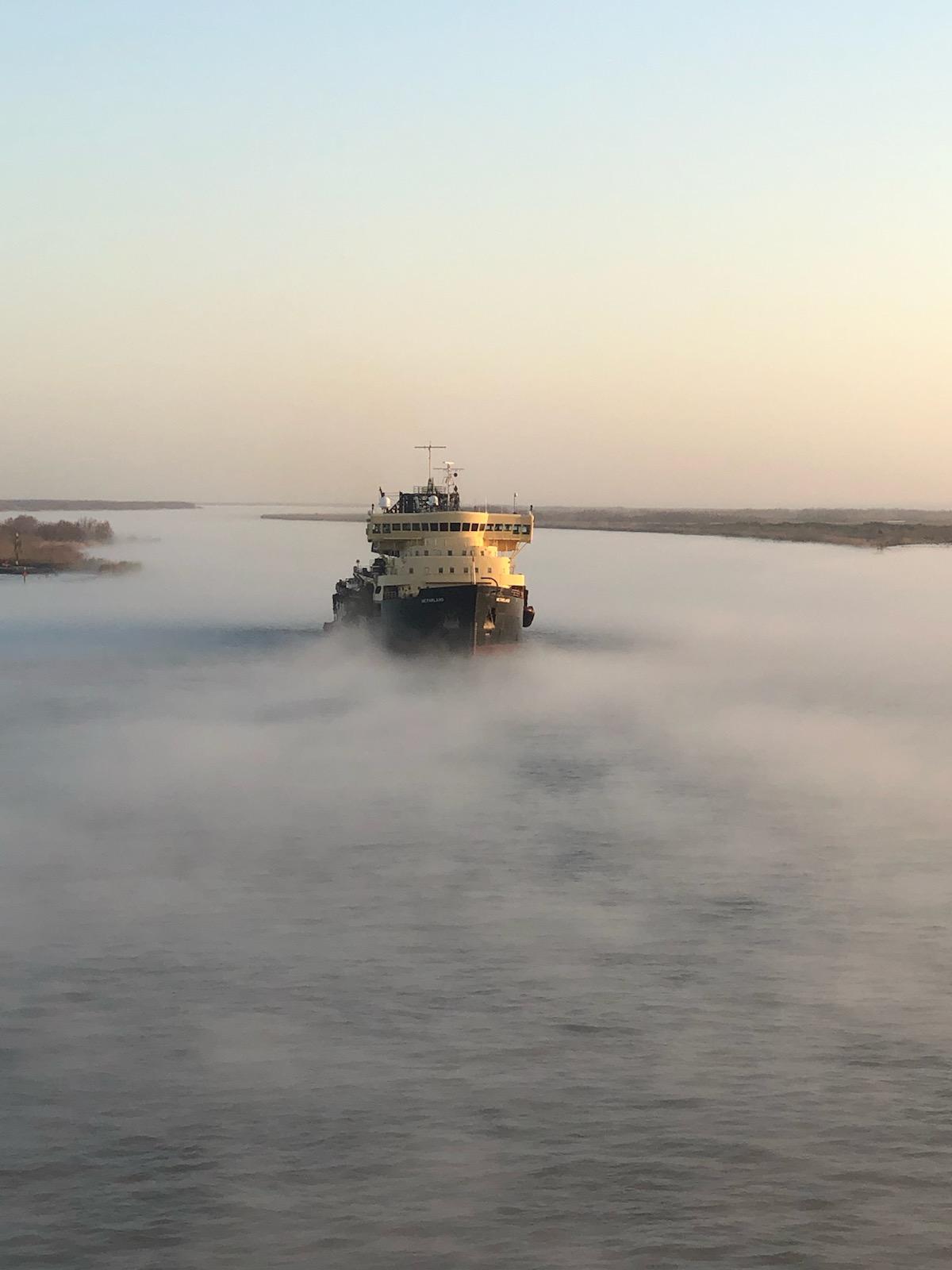 The Corps dredge McFarland, based out of Fort Mifflin in Philadelphia, returned home on March 14 after completing an emergency dredging mission in the Southwest Pass of the Mississippi River, 90 miles south of New Orleans.

The McFarland, one of four Corps owned and operated deep-draft dredging vessels, arrived in the Gulf in early February. Throughout the duration of the mission, the Mississippi River was closed to larger vessel traffic due to heavy fog. Dredges were only able to operate when fog subsided during the course of each day.

The McFarland worked in the Southwest Pass from February 4 through March 7. The river is surveyed daily to determine the areas with the greatest shoaling and need for dredging. The U.S. Army Corps of Engineers’ New Orleans District oversees maintenance dredging along the Lower Mississippi River, where providing a reliable deep draft navigation channel is a critical component of the national economy.

Multiple private industry dredges were already engaged in this latest effort, but were unable to meet all the dredging demands of the Lower Mississippi River. This prompted the New Orleans District to raise an alert to Corps headquarters, which summoned the dredges Wheeler and McFarland to respond to the urgent shoaling.

Since 2010, the McFarland has operated in a “Ready Reserve” status, meaning the vessel is limited to 70 days per year of training operations in the Delaware River, unless called upon to deploy elsewhere. In Ready Reserve, the McFarland can be activated for emergency operations if private industry is unable to respond to a dredging project.