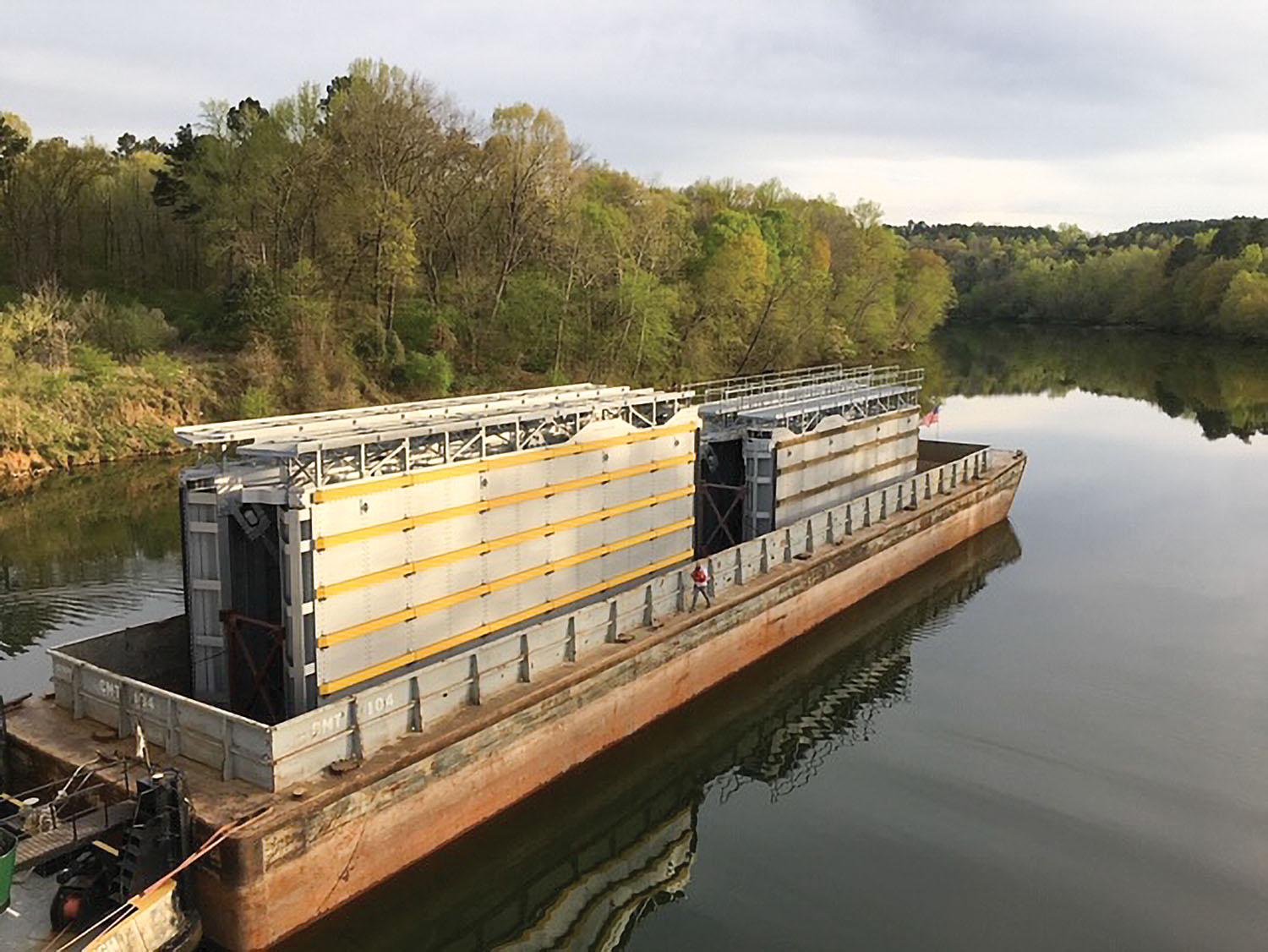 G&G also has gates ready for shipment to Upper Mississippi River Lock 2 and the main chamber at Lock 15. The firm is in the process of completing the gates for the Lock 15 auxiliary chamber. With all four shipments combined, the gates weigh a total of about 1,900 tons.

The gates for the two Locks 15 chambers are planned to ship this summer.

The gates for Lock 12 were shipped out of Cordova, Ala., on the Black Warrior River, on April 3. The gates were loaded on a barge towed by the Cooper Marine & Timberlands towboat Ashleigh.

Ordinarily, the barge would have been moved up the Tennessee-Tombigbee Waterway to the Ohio River and then over to the Upper Mississippi, but the Tenn-Tom was closed because of a critical shoaling event, so the barge was instead towed down the Tenn-Tom to the Gulf Intracoastal Waterway, and then up the Mississippi River from New Orleans. The company expected about a one-month delivery time.

Caption for photo: A barge carries new upper and lower gates for Upper Mississippi River Lock 12 on the Black Warrior River near Cordova, Ala. (Photo courtesy of G&G Steel)