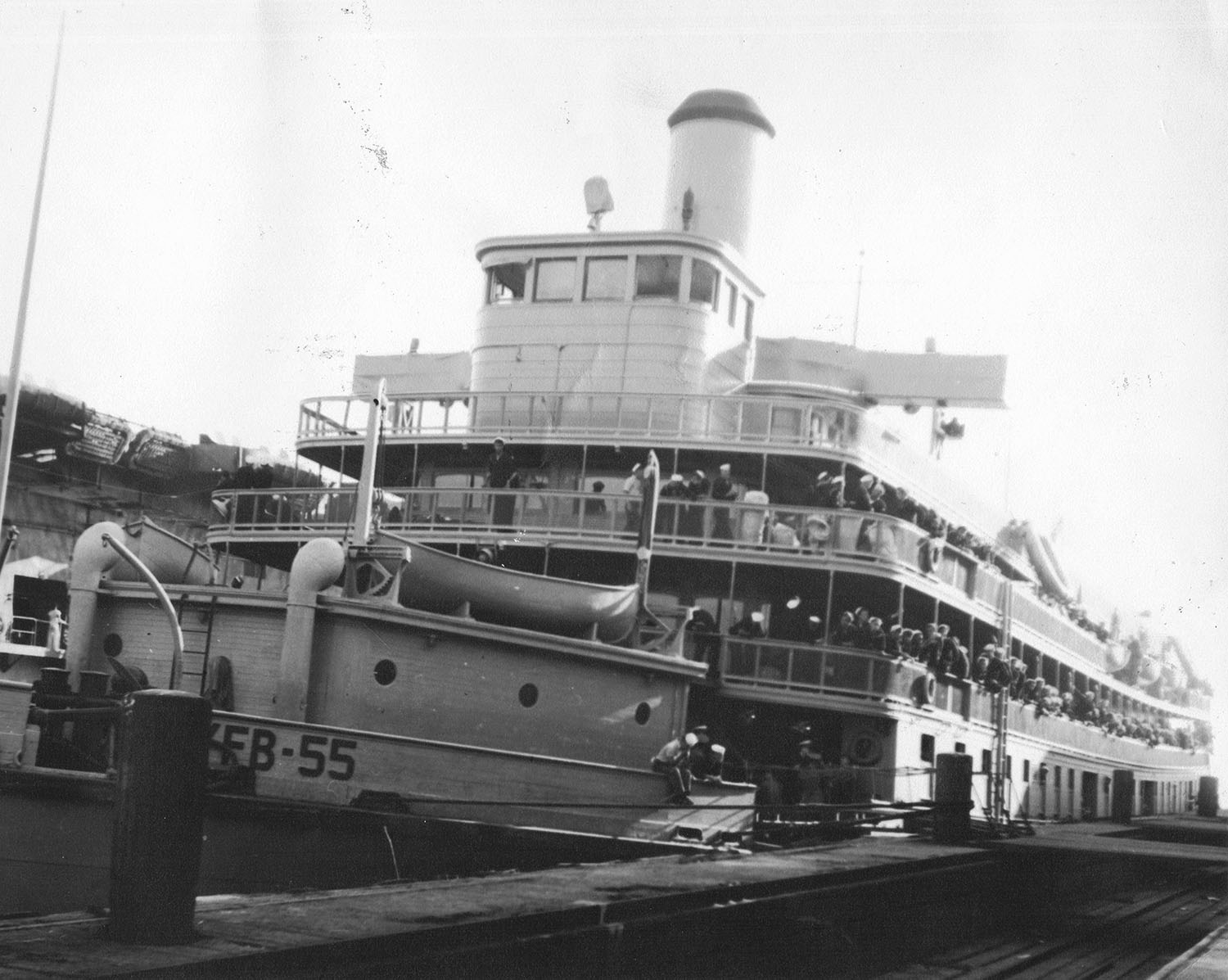 Now that the beloved Delta Queen has received its long-awaited exemption and is well on the way to again traversing the rivers in the foreseeable future, the Old Boat Column will spotlight the DQ’s twin, the Delta King.

Ordered in 1924 by the California Transportation Company, the King reportedly cost $875,000. The steel hull, measuring 285 feet long by 58 feet wide, was obtained from the William Denny & Brothers Shipyard on the Leven River, which adjoins the Clyde River at Dumbarton, Scotland. Both the Delta King and Delta Queen were disassembled and shipped in pieces to Stockton, Calif., in 1926, where the owners assembled the two vessels in preparation for regular service on the Sacramento River.

The twin riverboats were christened with a gala reception on May 20, 1927.

On each boat, two water tube boilers supplied steam for the engines that were cross-compound condensing, attaining 2,000 hp. A single smokestack, divided into two sections (one for each boiler) was placed aft of the pilothouse. The narrow sternwheel was 26 feet in diameter, containing 28 bucket planks. Four steel rudders were mounted forward of the paddlewheel.

The steamboats traveled between Sacramento and San Francisco (approximately 108 miles) on trips lasting 10 hours. At the time, the two sternwheelers were reportedly the most expensive and lavishly appointed steamers ever commissioned. Fares were set at $1.80 one way and $3 round trip during the early years of operation. Automobiles were carried for an extra charge.

The opening of a new highway bridge, linking San Francisco and Sacramento, put a serious dent in the steamboat business, and both vessels were laid up.

During World War II, both sternwheelers were requisitioned by the United States Navy for duty in San Francisco Bay as troop ferries. Painted gray, the Delta King was designated YFB-55, for Yard Ferry Boat-55; the Delta Queen was YFB-56. By November 1940, the Delta King had been converted into a receiving ship for naval reservists.

In the autumn of 1941, the steamboat had returned to Stockton. Not being returned to passenger service, the boat was sold to the Isbandsten Steamship Company of New York; the idea being that the steamer would be towed to the East Coast through the Panama Canal to become a Hudson River excursion boat.

This plan did not come to fruition, and the King was sold in early 1952 to the Kitimat Company, which had a most unusual vision for the vessel. The boat was towed to British Columbia and removed from the water for use as a high-and-dry hotel to house hundreds of men who were employed as construction workers for the Alcan Aluminum Plant and the Kemano Dam project on the northern coast of British Columbia. Workers at the Fulton Shipyard removed the King’s engines and sternwheel, carefully storing them for possible future use. The boilers and generators were left intact to provide heat and power at Kittimat.

The Delta King was listed on the National Register of Historic Places in 1978. After several unsuccessful attempts and adventures by preservationists to restore the historic sternwheeler, it sank in 1981 and for a time appeared doomed. Raised and restored, the King today is a permanently moored 44-room hotel and restaurant at Sacramento.