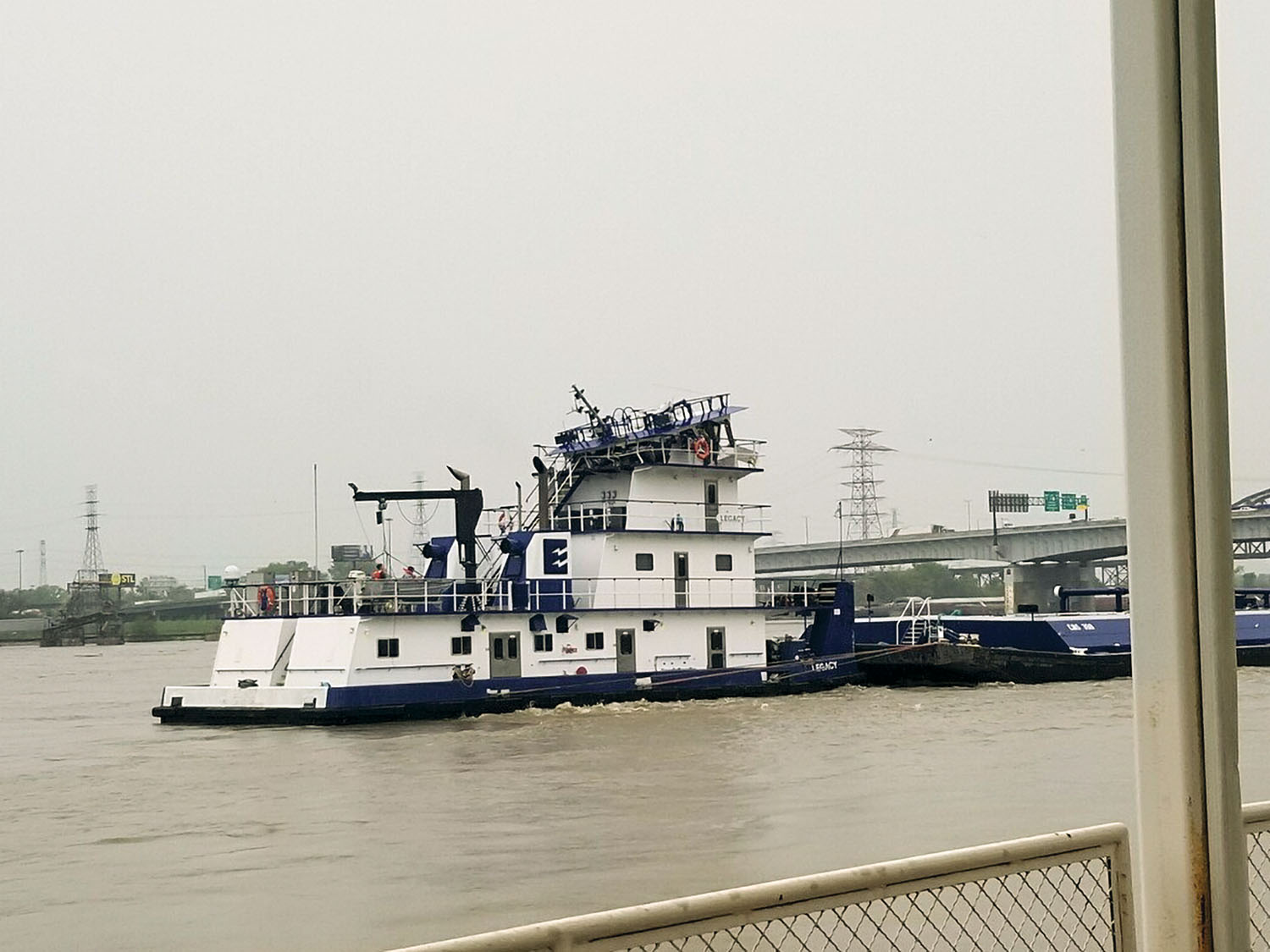 In a typical high-water season, river traffic would be picking up on the Upper Mississippi River as high water recedes. But nothing has been typical about this season, as snowmelt from record snowfalls this winter, combined with new rainfall, runs off super-saturated soil to propel a second crest down the river.

The National Weather Service forecast major flooding along almost the entire length of the Upper Mississippi and Illinois rivers. Once again, all locks between Lock 11 at Mile 583 and Lock 22 at Mile 301—some of which had been briefly open—were closed by April 30. The ACBL newsletter American Currents noted, “There is a lot of uncertainty revolving around when the locks/river will reopen.” Most were not expected to reopen until mid-May.

In St. Paul, Minn., a snowstorm on April 11 followed by heavy rains April 17 set the river rising again to above major flood stage by April 24.

The St. Paul Engineer District said it was operating the river in an “open river” state, meaning all dam gates were raised. The Corps does this whenever flows are enough to maintain a 9-foot navigation channel. A Corps spokesman told local news sources that the guideline for having all gates open is a flow rate of 63,000 cubic feet per second.

At press time, the Mississippi in the Quad Cities area (Davenport, Iowa; Rock Island, Ill.; Moline and East Moline, Ill.; and Bettendorf, Iowa) was approaching flood levels near its highest-ever of 22.63 feet reached during the floods of 1993.

In Davenport, a temporary levee failed May 1, flooding about 15 square blocks of the downtown with up to 6 feet of water and sending some people scrambling to rooftops. If further rainfall happens, other parts of the levee system could fail, officials warned.

The U.S. Department of Agriculture reported southbound barged grain rates for the week ending April 27 between 29 to 38 percent lower than during the same week a year ago.

In St. Louis, Mo., the river was expected to reach its second-highest level ever.

On May 2, a towboat, the mv. Legacy, an 84-foot, 2,600 hp. towboat owned by Enterprise Marine Services LLC of Houma, La., was proceeding downbound when its pilothouse struck the Eads Bridge. Coast Guard Lt. Megan Scholten confirmed that no injuries were reported. At press time, two Coast Guard personnel were on scene.

The Missouri River reached 24 feet at Jefferson City, Mo., May 1, one foot above flood stage of 23 feet; the National Weather Service forecast a crest of 27.5 feet by May 3. Several other rivers in Missouri are also at or above flood stage.

The St. Louis Engineer District activated its Emergency Operations Center as part of its continued readiness posture and response to rising forecasted river stages. The EOC will operate seven days a week from 7 a.m. to 7 p.m.

“Forecasts have risen significantly the past 24 hours due to increased flows from the Upper Mississippi, Missouri and Illinois Rivers,” said John Osterhage, chief of emergency operations at the district. “Activating the EOC allows us to respond to high water events, to get our experts out in the field, and to support our partners and local communities.

For the Lower Mississippi, the only good news is that rainfalls on the Ohio River system have been relatively low so far, with no flooding along the entire system, according to the NWS.

Caption for photo: The pilothouse of the mv. Legacy was heavily damaged when the towboat struck the Eads Bridge in St. Louis May 2.