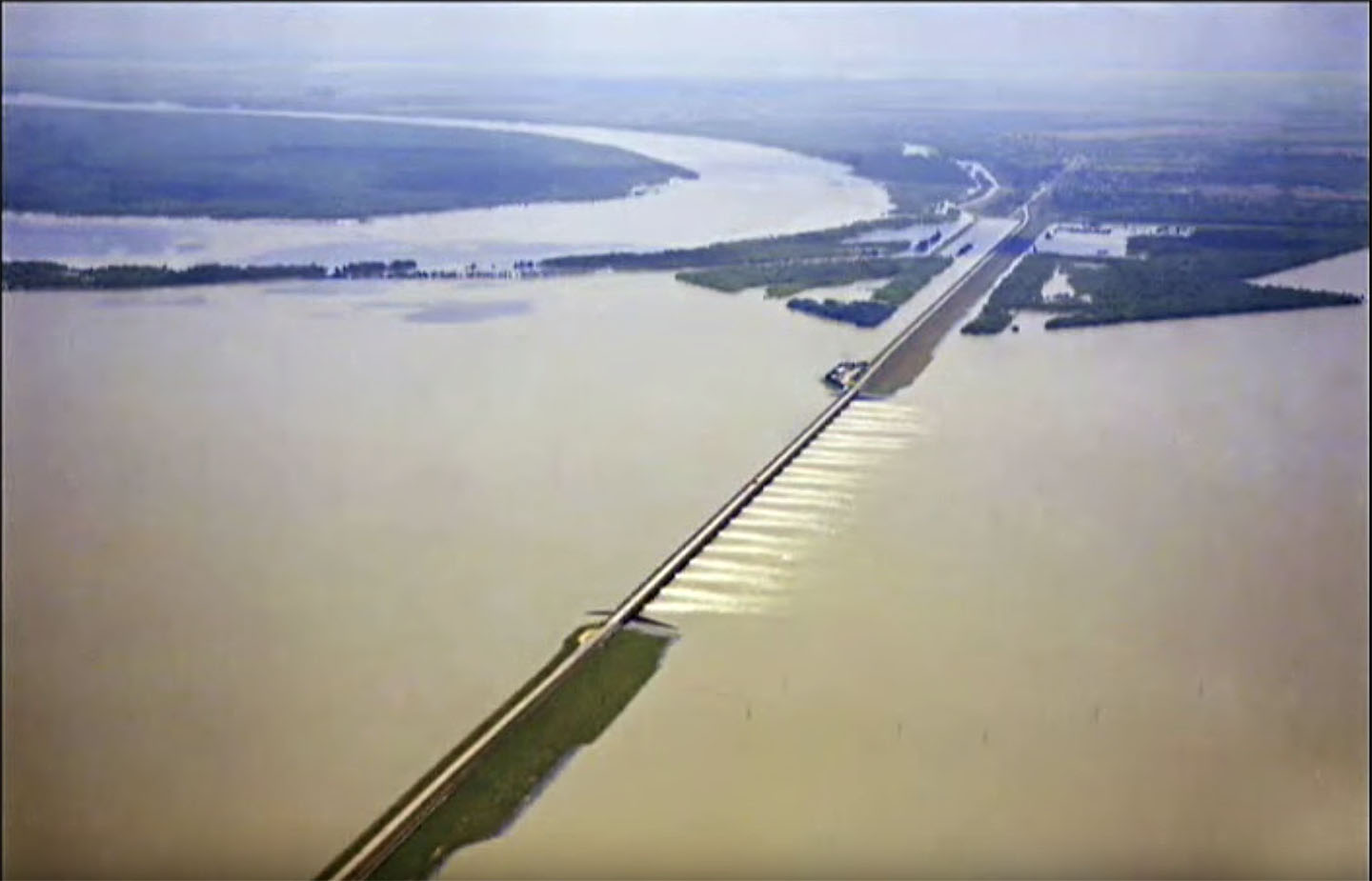 The U.S. Army Corps of Engineers officially announced plans Monday (May 27) to operate the Morganza Control Structure and Floodway. With a new crest on the already swollen Mississippi River bound for Louisiana, the Corps will begin operating the structure on June 2, unless forecasts change.

The current forecast from the National Weather Service calls for the Mississippi River at Red River Landing, located at Mile 302.4 above Head of Passes, to exceed 62 feet on June 5. The trigger for operating Morganza is a flow rate of 1.5 million cubic feet per second (cfs.) at Red River Landing, which is 22 miles upriver from Morganza. However, the Corps fears a stage of 62 feet would overtop the Morganza Control Structure, making it impossible to operate the floodway. To avoid overtopping at the structure and relieve pressure on levees downstream, New Orleans District Commander Michael Clancy sought permission earlier this week to open the structure.

Under the current forecast, the Corps anticipates diverting about 150,000 cfs. at Morganza into the floodway, which empties into the Atchafalaya River. The Corps is planning a “slow opening” beginning June 2.

“In accordance with lessons learned during the 2011 historic Mississippi River [flood], USACE will implement a gradual opening of the floodway to minimize impacts to wildlife, particularly the black bear population, and allow federal and state resource agencies to coordinate and implement rescue efforts for various species,” according to a statement from the Corps. “The gradual, or slow opening, allows the Corps to limit elevations in the floodway by adding one foot of water per day for the first three days.”

The National Weather Service forecasts the gage at Red River Landing will reach 62 feet around June 4 and stay there for two weeks or more, reflecting the anticipated opening of Morganza. In all, Red River Landing has been above flood stage since December 28, 2018—151 days and counting. In all, the “flood fight” on the Lower Mississippi River is nearing an all-time record. Already, rainfall over the past year in the Midwest and Ohio Valley is the most since the National Weather Service began keeping records 124 years ago.

“The current flood fight is historic and unprecedented,” the Corps said in the statement.

According to the New Orleans District, May 27 was the 214th day of the current flood fight. The record length for a river flood is 225 days, set in 1973. This year’s flood will no doubt surpass that of 1973.

This will be only the third operation of Morganza, with 2011 and 1973 the only prior openings of the structure. Farther downstream, the Bonnet Carré Spillway is in the midst of its second opening this year. At Bonnet Carré, this is the first time the structure has been opened in consecutive years and also the first time it’s been used twice in a single year.

With the river above 15 feet, the Corps is engaged in around-the-clock operations, including daily levee inspections and construction restrictions within 1,500 feet of the crown of the levee.

Caption for photo: Screenshot from Corps video shows Morganza Control Structure and Floodway in operation in a previous flood event.