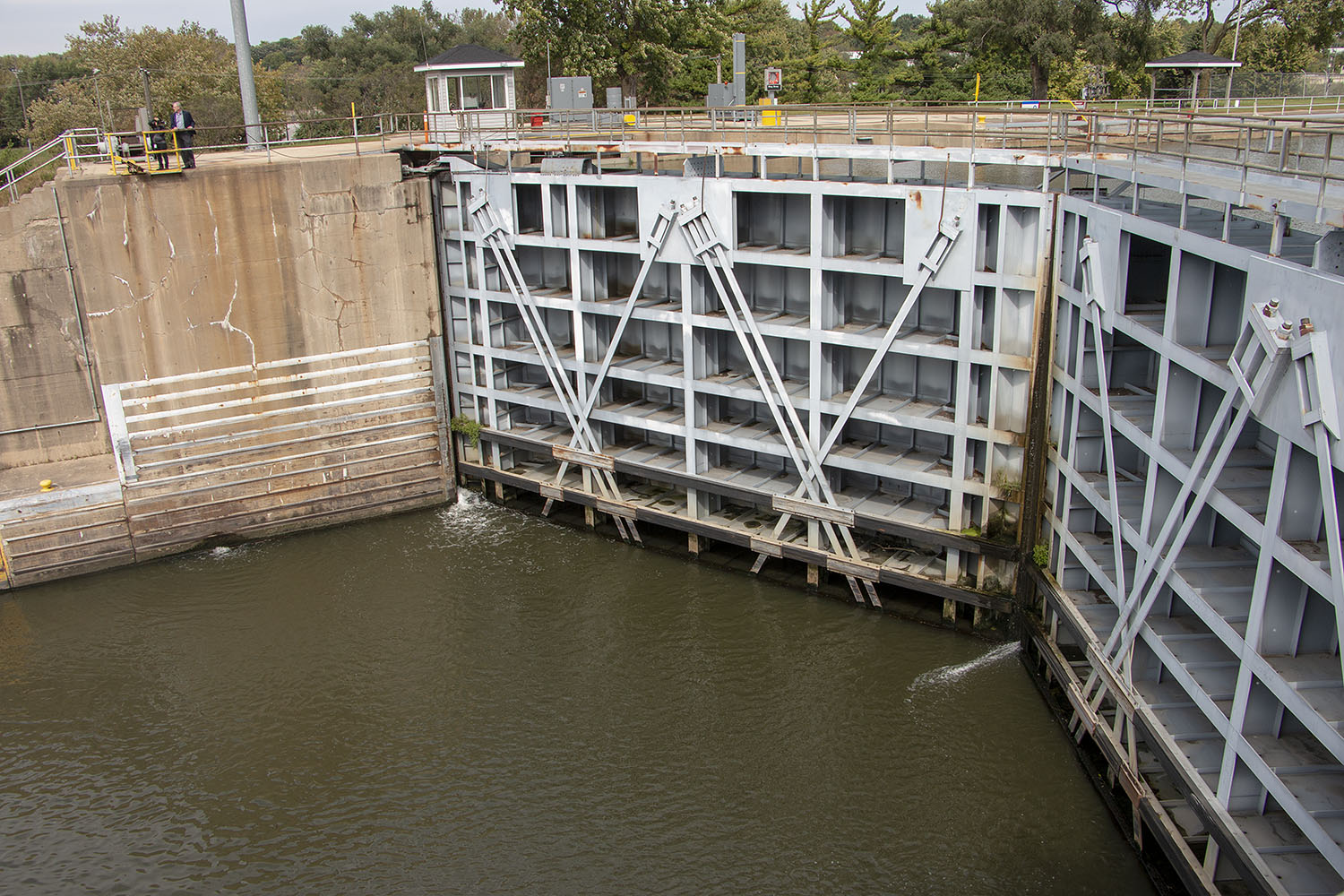 On May 24, the Rock Island Engineer District announced that a $779 million plan at Brandon Road Lock and Dam on the Des Plaines River to prevent the spread of Asian carp into the Great Lakes was approved by the Corps of Engineers’ top official. The plan includes measures opposed by The American Waterways Operators.

The move was expected, since the Rock Island Engineer District had already chosen the plan as its “preferred option” among five possible options.

The Corps describes the preferred plan as a “technology alternative that includes measures such as an engineered channel with an acoustic fish deterrent, air bubble curtain and electric barrier.” Other measures  in the deliberately redundant system include a flushing lock, boat ramps and “nonstructural efforts” to prevent, to the maximum extent possible, Asian carp from moving from the Mississippi River basin to the Great Lakes basin through the Chicago Area Waterway System (CAWS).

In a 12-page letter to the Corps dated February 22, sent as part of the public comment process, The American Waterways Operators said it supported the goal of preventing the spread of Asian carp. But it said the chosen plan “does not maintain or enhance maritime commerce as recommended by the Chicago Area Waterway System Advisory Committee.” That group was renamed the CAWS Aquatic Invasive Species Stakeholder Group.

The letter said the AWO “has serious concerns with the recommended plan including but not limited to life-safety concerns; the Corps’ failure to conduct a comprehensive economic analysis or a comprehensive baseline risk analysis [or an analysis of] societal and environmental impacts.”