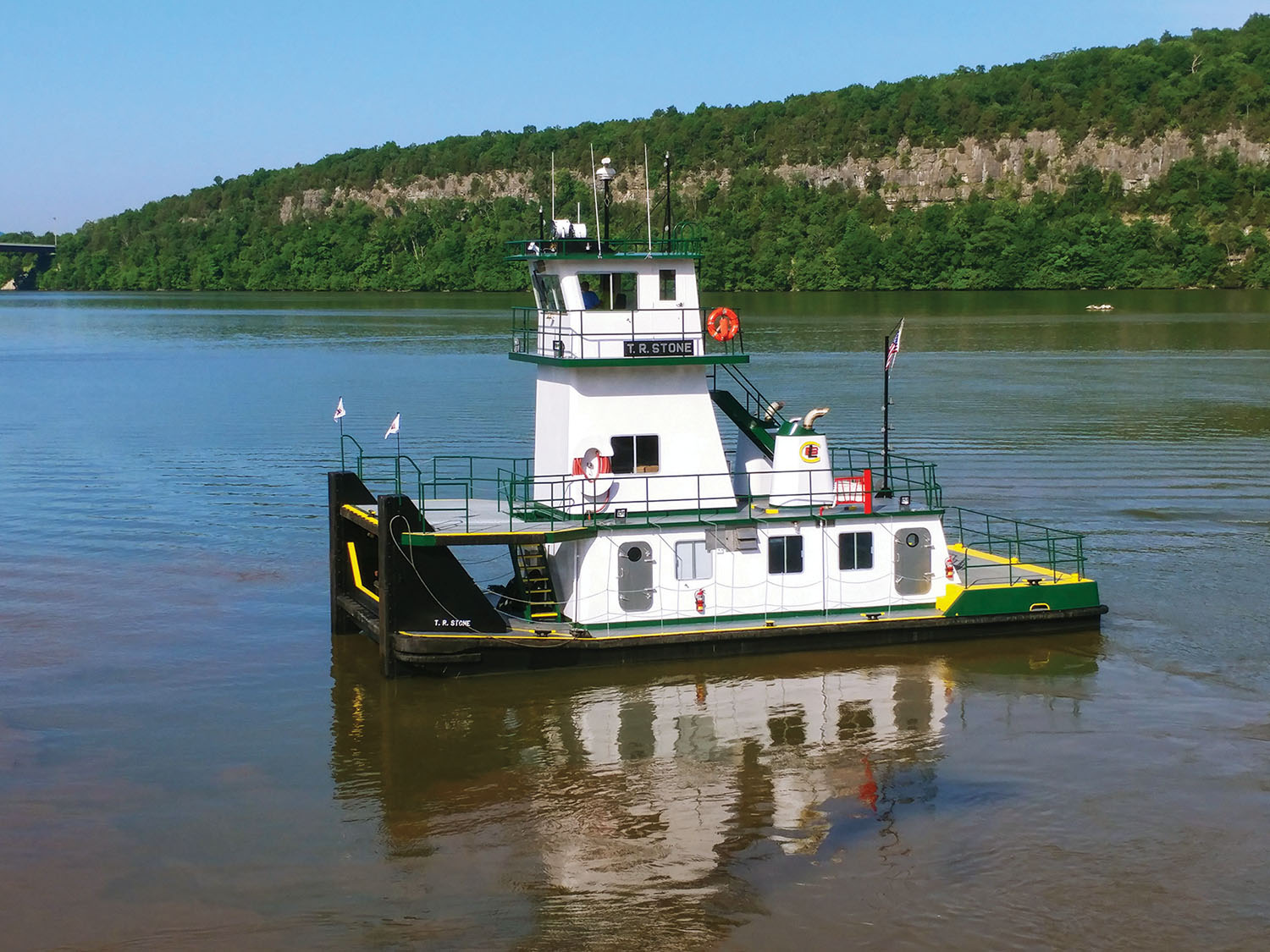 Luhr Bros. Inc., the well-known marine contractor based in Columbia, Ill., has taken delivery of a new towboat. The vessel was built by Serodino Inc, at its yard in Chattanooga, Tenn. It is a lunch bucket boat named mv. T.R. Stone after the firm’s limestone quarry, Tower Rock Stone Company, located in Ste. Genevieve, Mo., at Mile 127 on the Upper Mississippi River.

Luhr bought the boat, which is a Serodino Super Tiger Class vessel, to switch barges at the quarry. It is the fourth Serodino-built boat that Luhr owns, the first having been purchased in 1980. Before leaving the yard, it received its first COI, qualifying it as Subchapter M compliant.

Transverse framing is 7-inch channel on 24-inch centers with 3- by 5- by 3/8-inch frames in the bow. The inside motor mounts are continued fore and aft as solid sheets to divide the hull into three collision compartments, three fuel tanks, (6,500 gallons total capacity), engineroom, three water tanks (3,000 gallons total capacity) and six stern compartments. A 110-gallon lube oil tank and a 120-gallon transmission oil tank are built into the hull.

The superstructure is constructed of 3/16-inch plate with 2- by 2-1/2- by 1/4-inch framing. Doors are steel and windows are aluminum with safety glass panes. All quarters are insulated, aluminum paneled, heated and air-conditioned and have rubber floor covering.

The first deck is 17 by 27 feet and contains a storage room, a 12-by 10-foot galley, a modest head with shower, and a U.S. Coast Guard approved marine toilet. The second deck is 10 by 10 feet as a deck locker. The 9-foot, 3-inch pilothouse has full instrumentation and vessel control. There is a 3-foot, 6-inch space below the pilothouse to make for an eye level of 28 feet.

The T.R. Stone is the 28th towboat in Luhr Bros.’ fleet, which consists of vessels ranging from 460 to 7,200 hp. In the barge fleet are about 240 flat deck and hopper barges, making Luhr Bros., founded in 1939, one of the largest marine contractors in the country.