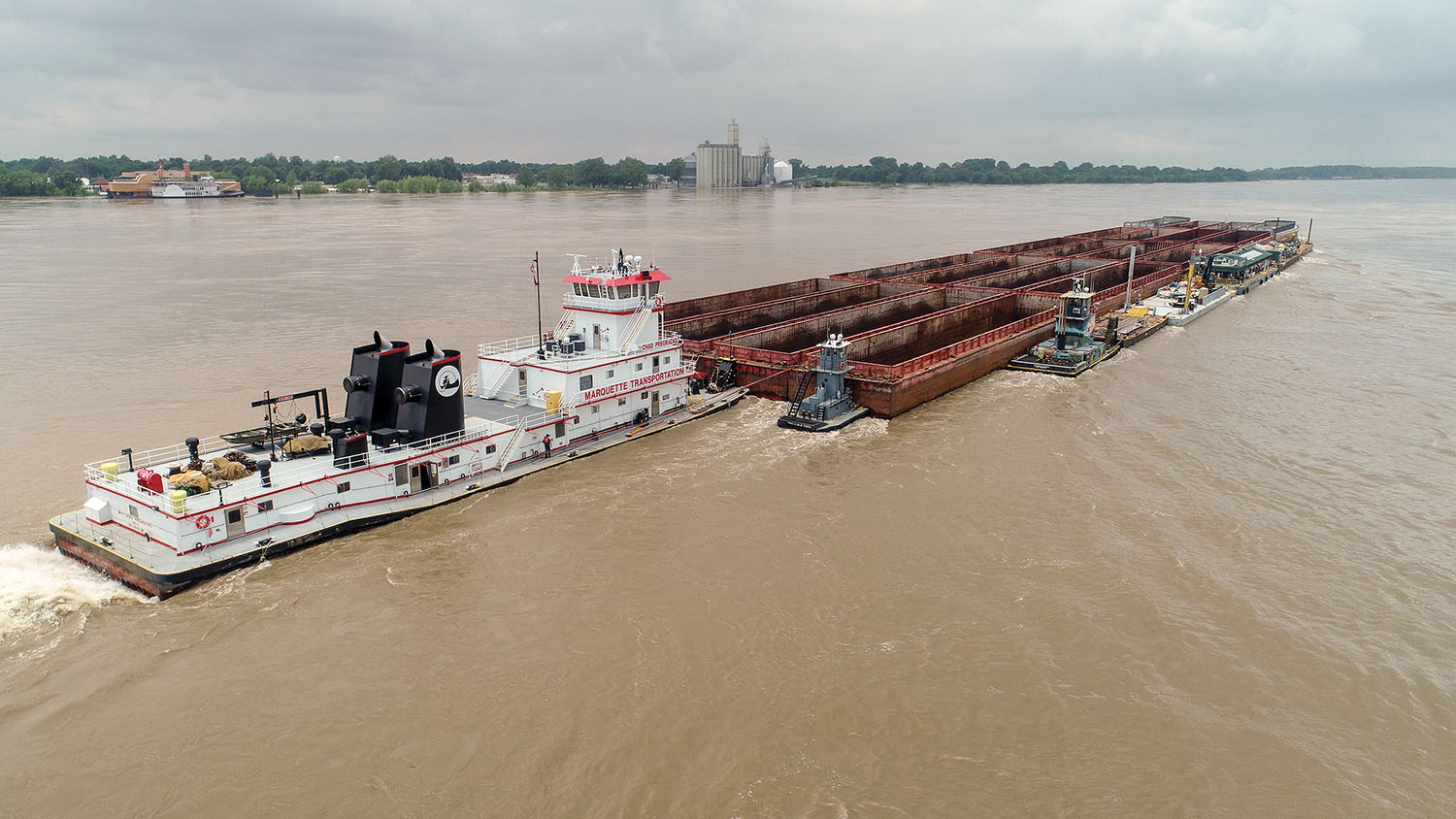 Marquette Transportation has been a long-time booster of Living Lands and Waters (LL&W), the not-for-profit organization that works to clean trash America’s waterways. The Paducah-based towing company even named one of its largest towboats for LL&W founder Chad Pregracke a couple of years ago.

The fleet was in Memphis for three weeks, working to clean up McKellar Lake during LL&W’s annual Alternative Spring Break program for college students. With the help of 675 volunteers, they were able to remove 141,291 pounds of garbage from just a 3-mile stretch of the lake, a backwater tributary of the lower Mississippi River.

The fleet needed to get to Cairo to begin LL&W’s annual Ohio River Tour cleanups, which will take place from now until November.

“LL&W would like to thank Marquette Transportation for their continuous and immense support of [our] mission,” the organization said in an announcement. “Their vessel was named in honor of the founder and president of Living Lands & Waters for his lifelong work cleaning up America’s rivers. In 20 years, Chad Pregracke and LL&W have removed over 10 million pounds of garbage from 24 U.S. rivers with the help of over 108,000 volunteers and sponsors such as Marquette!”

Pregracke started Living Lands & Waters in 1998 as a not-for-profit organization dedicated to the beautification and restoration of America’s major rivers and educating the public on environmental issues. From his single-boat-beginning, LL&W has grown to an industrial strength, internationally known organization with a fleet of barges and workboats.

Spending up to nine months a year living on the barge, LL&W’s staff engages thousands of volunteers each year in river cleanups, hands-on environmental education workshops, the Great Mississippi River Cleanup, Adopt-a-River-Mile, Alternative Spring Break, the I-80 Restoration Project, invasive species removal, the MillionTrees Project and Recycle Like a Rockstar.

The organization’s 2019 goal is to remove 1 million pounds of garbage in the calendar year.