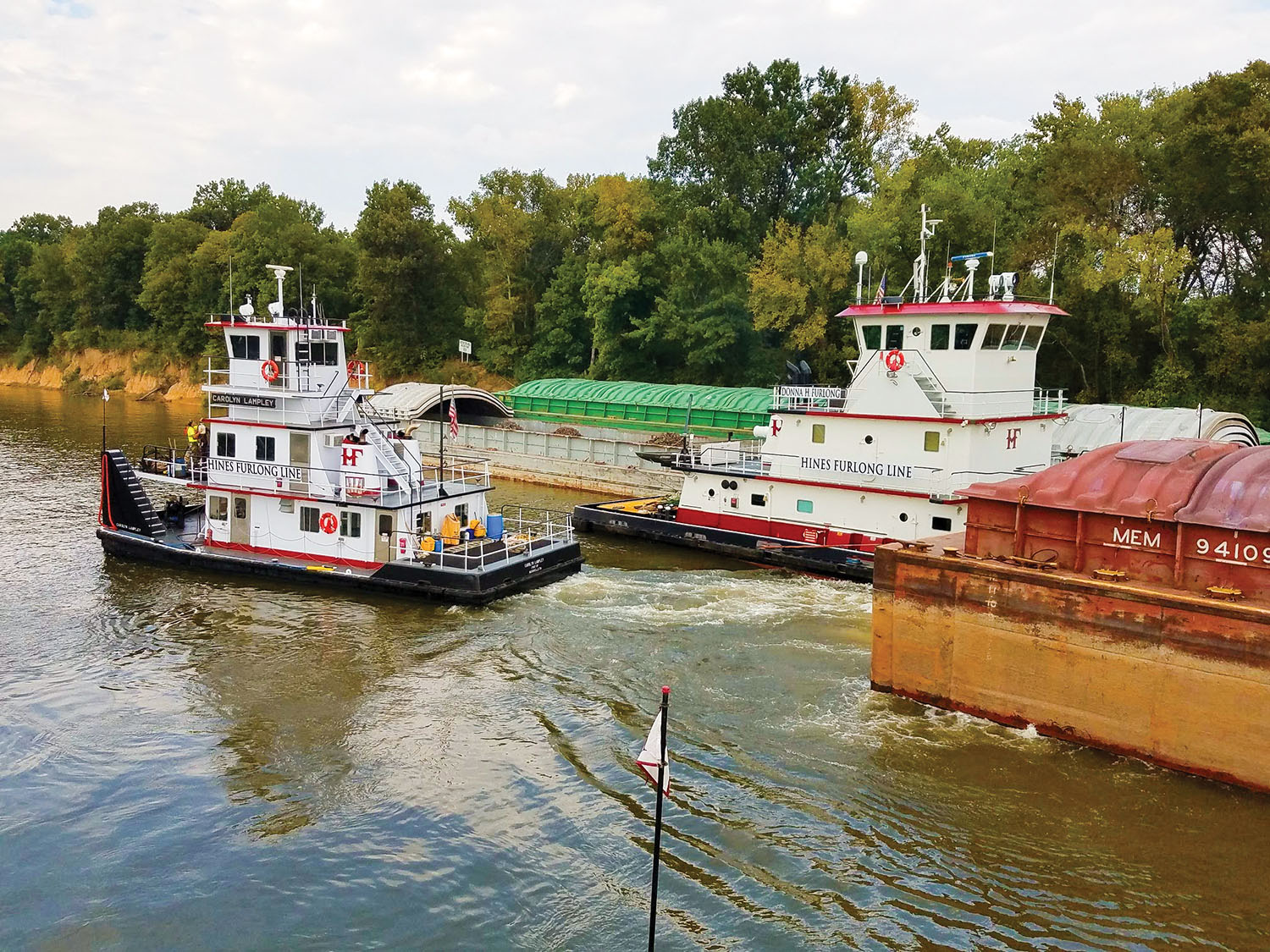 Take a drive through Nashville, Tenn., or visit the city’s riverfront, and it’s easy to see the region is in the midst of a transformative era of growth. Between 2010 and 2018, the region grew by more than 260,000 people, with more than 1.9 million residents in 2018, according to the U.S. Census Bureau.

That amounts to a 15.6 percent rise in population over just an eight-year period. And there’s more growth on the way.

The Nashville Area Metropolitan Planning Organization estimates the 10-county Cumberland Region (which includes the counties of Cheatham, Davidson, Dickson, Maury, Montgomery, Robertson, Rutherford, Sumner, Williamson and Wilson) will reach a total population of 2.6 million by 2035, including more than 2.1 million in the Nashville area alone.

Much of the oil and gas fueling that growth, as well as construction materials, are coming into the Nashville area by barge.

“The growth in Nashville has contributed to the amount of fuel that’s used in the area, and also the fact that the pipeline is 100 percent utilized,” said Glenn Hendon, chief operating officer of Hines Furlong Line. “With the pipeline situation like it is, with aging pipelines, it has pushed more barrels onto the river. And it just seems like it’s continually growing.”

Don Getty, the Corps of Engineers’ project manager for the nearby Kentucky Lock Addition Project, said in 2014, less than 2 percent of the Nashville area’s gasoline was brought in by barge. Today, it’s more than 40 percent, Getty said.

“So it’s been a huge shift,” he said. “A lot of that’s been driven by the fact our pipeline has been at capacity since 2014, so it’s the best way to bring in those products. It’s also a testimony to the efficiency of our waterborne transportation system.”

Likewise, raw materials, like sand and gravel, are brought into the Nashville area by barge to make the region’s construction boom possible.

And the tonnage statistics attest to that growth. According to the U.S. Army Corps of Engineers’ Waterborne Commerce Statistics Center, while annual tonnage totals on the Cumberland River held steady at around 22 million short tons between 2008 and 2017 (the latest year for which statistics are available), petroleum products and crude materials have increased. The growth of those two commodities has almost offset the dramatic drop in coal tonnage over the same time period. In 2008, about 12 million short tons of coal was moved on the Cumberland. By 2017, that number had dropped to about 7 million tons.

For Hines Furlong Line, the trends for petroleum products and construction materials in the Nashville area are part of what is driving growth for the company, which specializes in towing and fleeting on the Cumberland River and leases its towboats and barges for charter.

“We’ve seen steady growth in both the Nashville and Clarksville fleeting areas,” Hendon said. “We have five 2,000 hp. vessels on order, which could be utilized in the Nashville harbor.”

“We see ourselves going to at least two 2,000s if not three 2,000s in the Nashville harbor due to the increase in business,” said Hendon, adding that some of the new vessels on the way could possibly wind up in Clarksville as well.

It’s a different story elsewhere on the Cumberland for Cherokee Marine Terminal, which specializes in offloading steel coils and tire cord wire rod from barge to both inside and outside storage. The raw materials are later loaded onto trucks and moved to tire factories in the area. The property on which Cherokee Marine Terminal sits was sold three years ago to a real estate developer who is planning a multi-use development there called “River North.”

“Just like everyone in Nashville is doing right now,” a spokesperson for Cherokee Marine Terminal said.

Cherokee Marine Terminal has operated on the site, which is located across and just downriver from Nashville’s central business district, since 1972. The company had planned a move to Ashland City, Tenn., to correspond with its February 2020 closing date in Nashville, but permitting issues have delayed that plan.

“That seamless transition is not going to happen,” the company representative said.

The move to Ashland would be strategic, since many of the raw materials are bound for nearby Clarksville and its new Hankook tire plant.

For companies moving commodities through Nashville from the Mississippi and Ohio river systems, a major point of delay has long been Kentucky Lock, a 600-foot-long lock connecting the Tennessee River to the Ohio. Operators also have the option of nearby Barkley Lock on the Cumberland, but the lower Cumberland is much more difficult to navigate than the Tennessee. Kentucky Lock was completed in 1944, while Barkley came online in the 1960s.

Due to the outdated dimensions at Kentucky Lock, delays for transiting the lock are at about eight to 10 hours, with three to four hours for locking through alone.

Congress authorized construction of a 1,200-foot-long lock in 1996 to go alongside the existing lock. Construction on the Kentucky Lock addition began in 1998. Getty said funding has been consistent since that time but not efficient. Thus, the lock addition is 21 years into construction, with much work left to do.

Getty said legislative actions in 2014, including WRRDA 2014, have led to efficient funding for the Kentucky Lock Addition Project the past three years. The current cost estimate is $1.2 billion, with about $475 million spend to date.

“We’d never had efficient funding levels before in the history of the project,” Getty said. “That’s a great trend.”

That delay has led to some new innovative construction strategies at the lock, namely the practice of casting lift-in shells on a barge, then floating them in place to form part of the downstream cofferdam. A portion of the lift-in shells are incorporated into the new lock guidewall, reducing concrete costs (even though the cofferdam itself is more than a traditional cofferdam). The design calls for 10 downstream cofferdam shells. Five have already been set in place, with five to go.

Getty said the Corps is finishing its regular economic feasibility update now, and he expects the cost-benefit ratio to actually improve due to tonnage trends moving into Nashville.

“We’ve got efficient funding to keep those going at their maximum speed, and our plan is to award a very big contract a little over a year from now, September 2020,” Getty said. “That will be our downstream lock contract where we’ll finish building the lock itself.”

Getty said, when the addition is complete, he expects delays moving between the Ohio and Tennessee rivers to be basically brought to zero.

“It just makes an efficient system even more efficient when we finish Kentucky Lock,” he said. “And it is more than just a benefit to Tennessee or Kentucky. Products coming from or to about 20 states go through the Kentucky Lock, so it really is a regional project. We all benefit from a more efficient transportation network.”

Caption for top photo: Hines Furlong boats at work on the Cumberland River.