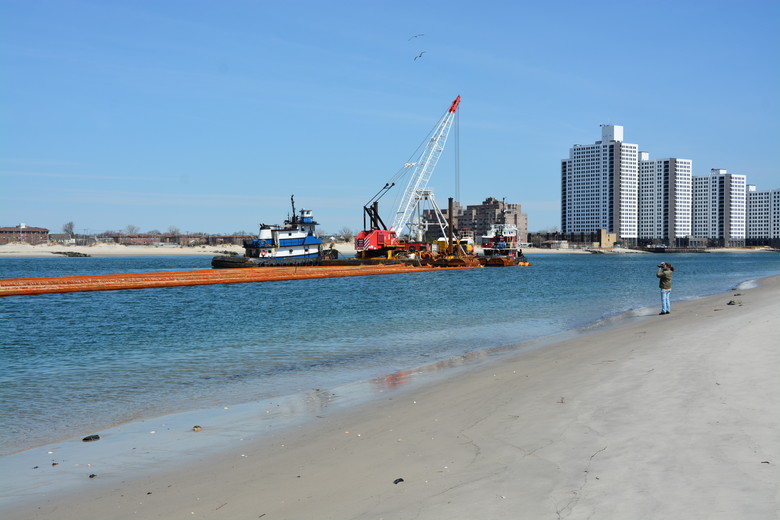 Maintenance dredging of East Rockaway Inlet Federal Navigation Channel was completed on May 25 by Weeks Marine of Cranford, New Jersey, under a $10.7 million contract from the U.S. Army Corps of Engineers New York District. Dredging of the inlet began in April 2019.

The inlet was dredged to a depth of -15 feet MLLW, plus 1-foot allowable overdepth. The 348,000 cubic yards of sand removed was used to renourish and restore Rockaway beach between Beach 92nd Street and Beach 105th Street. This section of the beach was closed to the public last year because of significant erosion after back-to-back nor’easters in March 2018. It took a month of round-the-clock sand dredging to replenish the beach. The New York District partnered with the New York City Department of Parks and Recreation, which contributed funding to the project. The New York District is now looking for authorization to build new erosion control features, such as jetties and groins, add beach fill to reinforce dunes and add other flood risk control features on both the Atlantic and bayside shorelines of the Rockaway peninsula. Plans also call for increasing the beach berm with 1.6 million cubic yards of sand for initial placement, the extension of five groins already in place and the construction of 13 new groins – all designed to help reduce the risk from future coastal storms and provide additional resiliency for the residents of Rockaway.