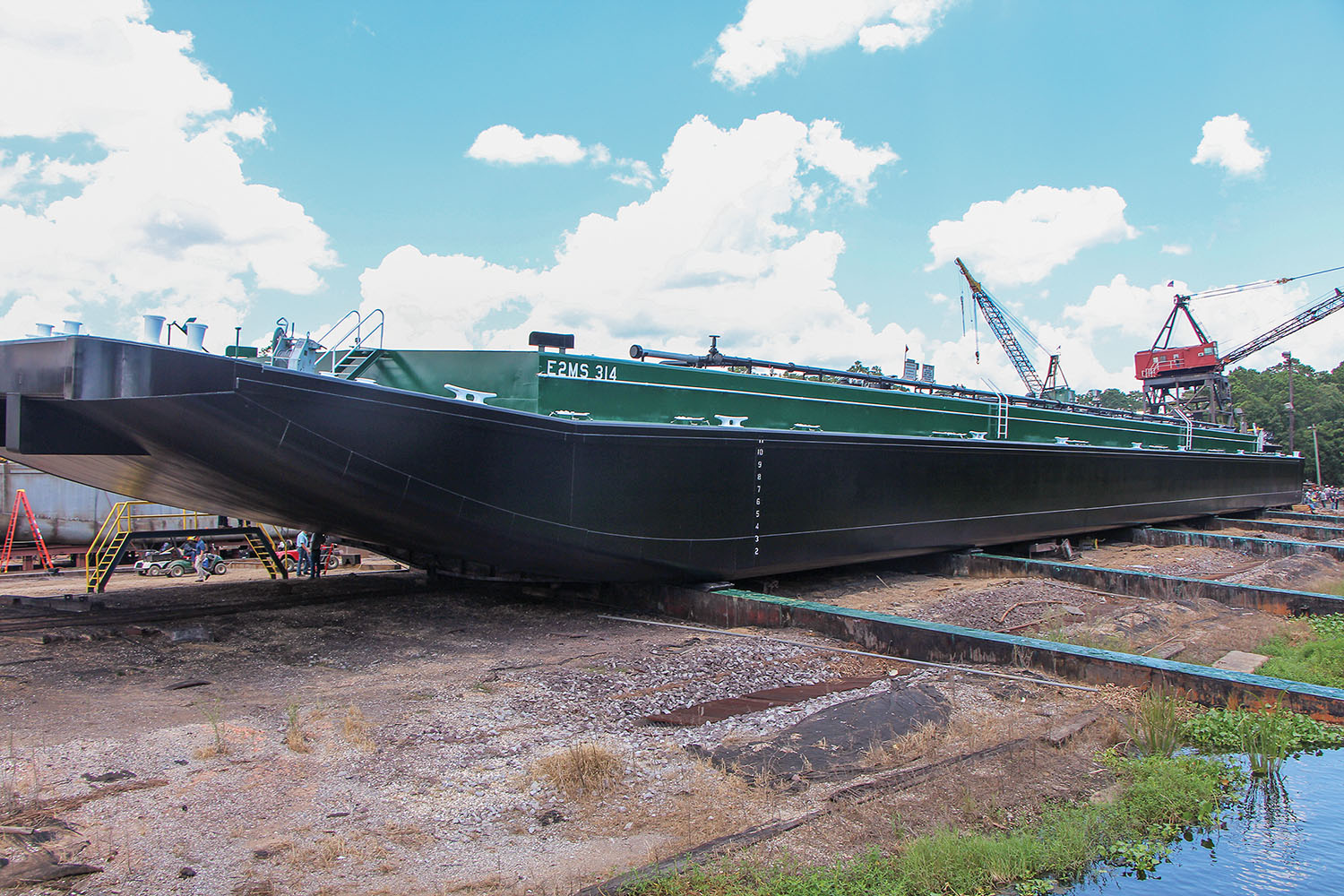 After reopening its idle barge manufacturing operations earlier this year, Arcosa Marine’s Madisonville, La., facility launched its first barge on July 25 to a welcoming crowd from the banks of the Tchefuncte River. The tank barge, E2MS 314, constructed for the family-owned and -operated E Squared Marine Service LLC, was christened by Kevin Morley of Frost Bank, after which Thomas Faherty, Arcosa Inc. president, addressed the crowd.

“We are honored by E Squared’s continued trust in Arcosa Marine to deliver the highest quality inland barges to their fleet,” said Faherty. “As we celebrate this momentous launch, on behalf of Arcosa Marine I want to personally thank the employees that returned to the Madisonville shipyard along with the new hires to pick up the torch and keep the tradition of over 80 years of shipbuilding at this facility going strong.  About half of the current workforce returned from working at the yard previously.  I also want to thank the St. Tammany community for its involvement in making this day possible.”

The christening ceremony was attended by E-Squared’s president, Travis Elam, along with the company’s executive vice president, Andrew Talley, and its vice president of operations, Capt. Tyler Tamburin.

Arcosa Inc. made a capital investment to reopen the facility due to encouraging conditions in the barge construction industry for multiple barge types, including tank, hopper and deck barges. Arcosa Marine has booked construction in Madisonville into 2020.

Arcosa Marine has constructed several barges for E Squared since its founding in 2012. The E2MS 314 is the first of two new tank barges Arcosa Marine will deliver to the Houston, Texas-based company. Both 297-foot liquid product barges will operate on inland rivers, bays, and intracoastal waterway routes.

New Orleans-based Harbor Towing & Fleeting picked up the barge on August 23 to move it to the Mississippi River where it will begin moving product. The second barge will be delivered in September.

Slideshow with more photos from the launch ceremony: 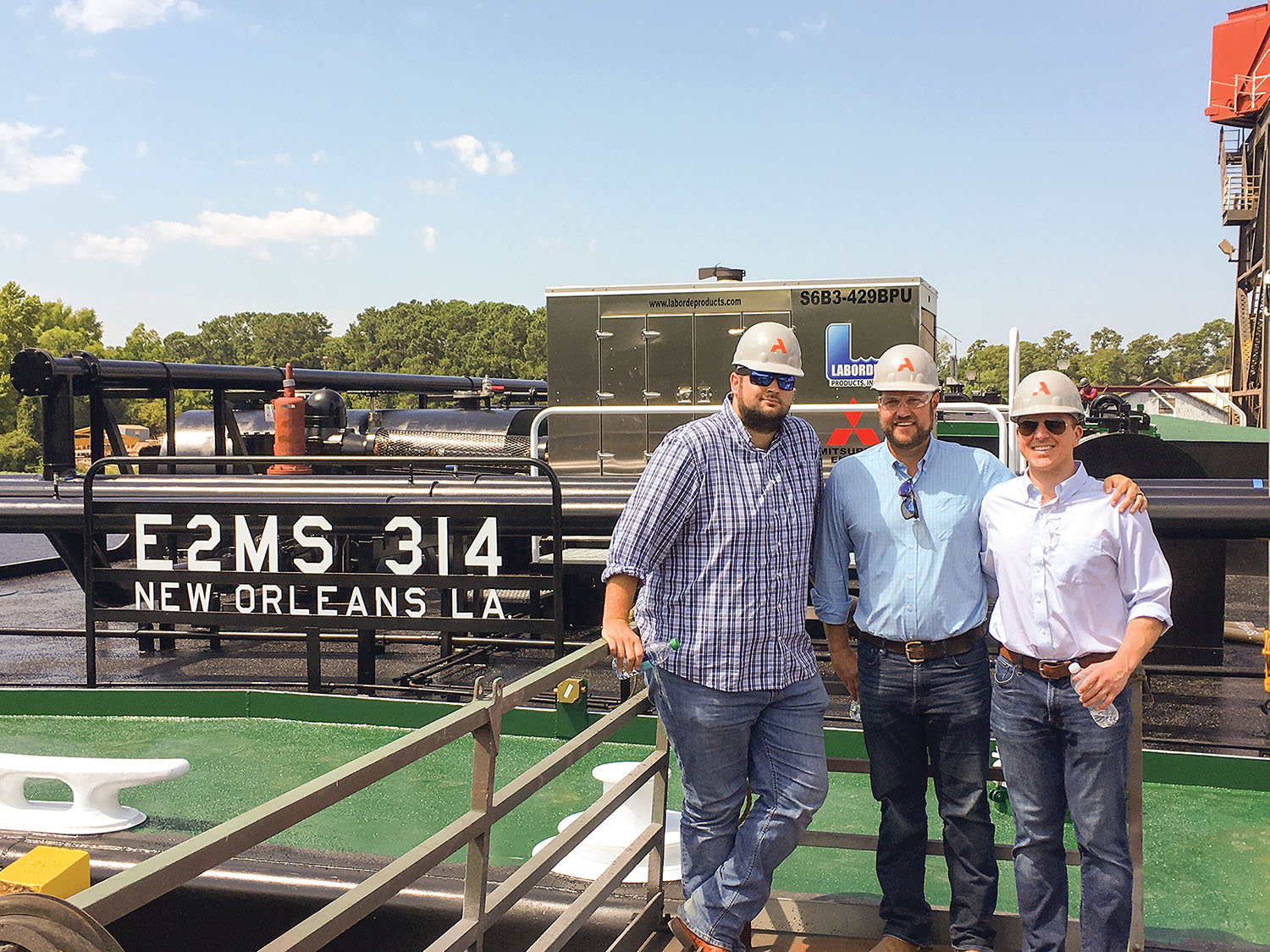 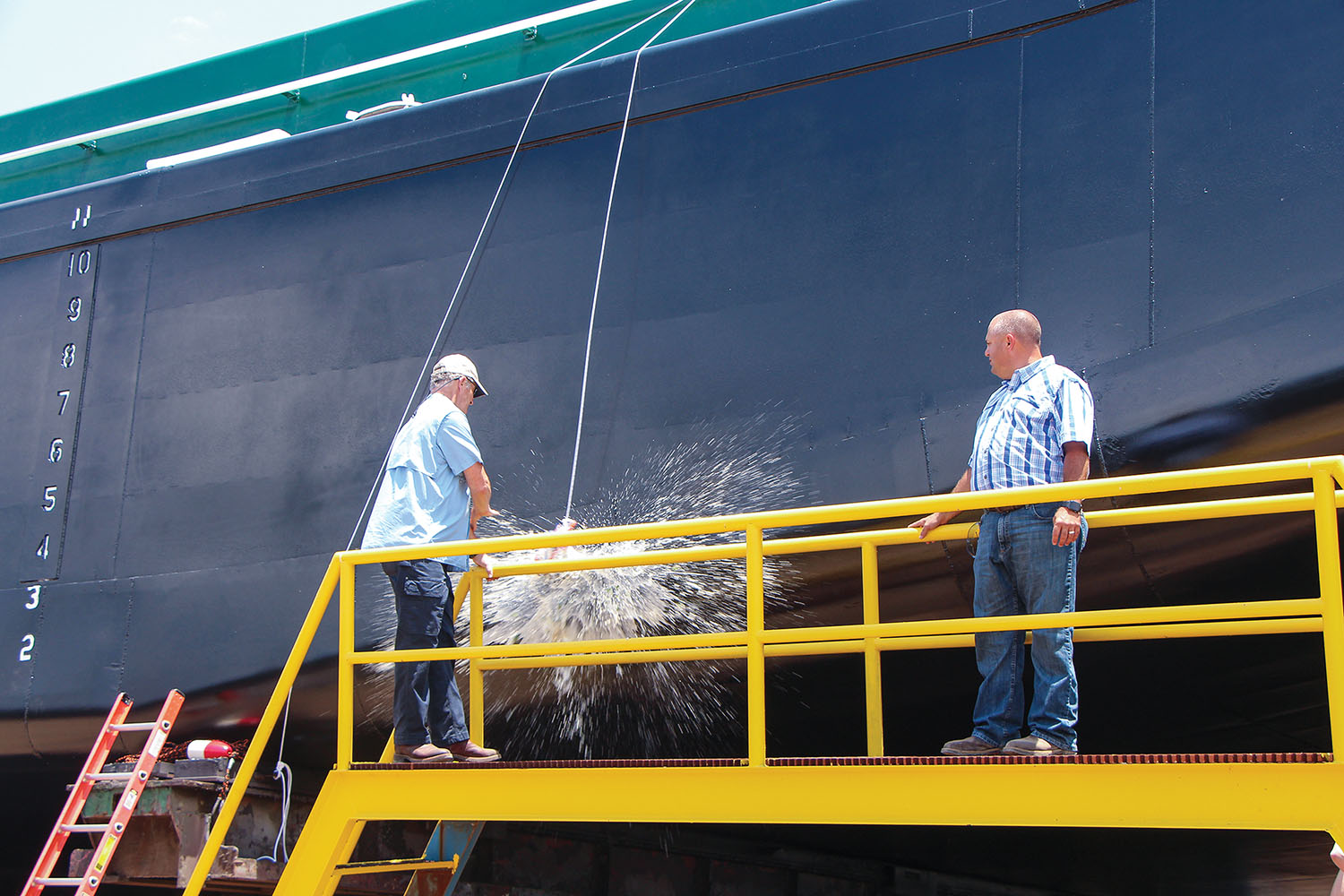