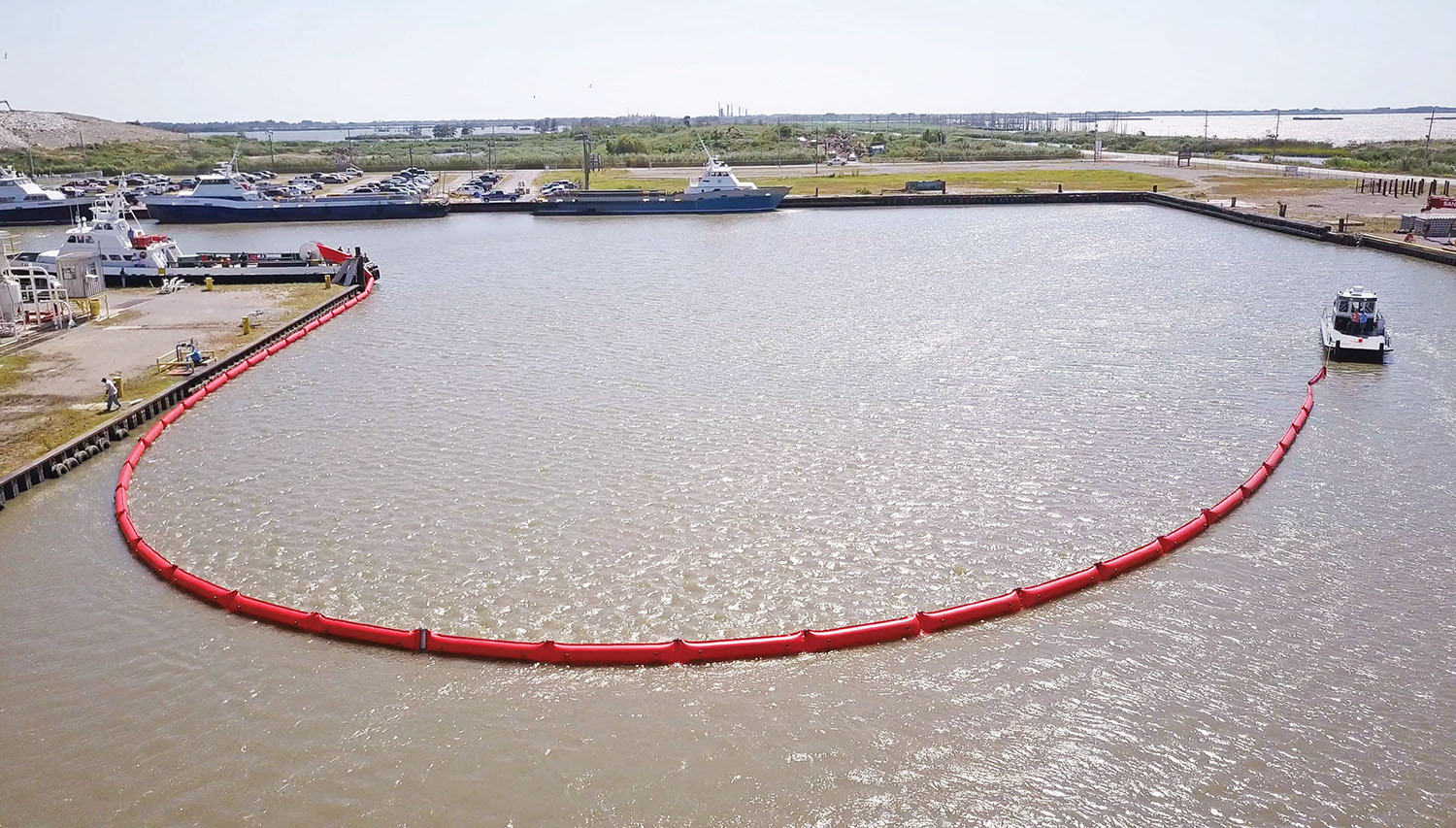 A recently formed company is rolling out a multi-patented, innovative new system for deploying boom around oil spills that promises a much quicker reaction time, with substantial savings possible in liability exposure and fines.

The system, and the company that markets it, is called Onboard Oil Containment System, or OBOCS. It was developed by a ship pilot who got the idea after witnessing an oil spill response using existing technology. The company has five U.S. and five international patents, indicating the reach it hopes its product will attain.

The OBOCS system includes an automated reel that is designed to be installed directly onboard a drill rig or vessel, ready to be deployed instantly in the event of a spill, instead of crews having to wait for oil booms to arrive from another source.

The boom is designed to inflate as it unspools and can be deployed by one or two people with minimal training. It can work with a separate compressor or run from the vessel’s own air supply.

According to Julie Kuchta, president of OBOCS, the system can deploy up to 500 feet within 30 minutes or less. She calls it a “plug-and-play system.” It can easily connect to other boom systems.

The company tested the concept with a university partner and refined the system with extensive feedback. It is working on increasing the level of automation to speed deployment even more.

The time savings alone could result in substantial savings in a major spill incident, by quickly containing the oil and keeping it thick, floating and more easily recoverable. Fines can mount quickly for spills that affect protected shoreline or multiple vessels requiring costly cleanup and mitigation.

OBOCS had its official market roll-out last September, after its patents were in place. Kuchta, with a background in law and insurance who holds an MBA, was brought in to direct the company’s growth and market strategy.

Kuchta told The Waterways Journal that the company is seeking certifications from various state and federal agencies, including the Coast Guard, and is ready to demonstrate the system in front of any of them.