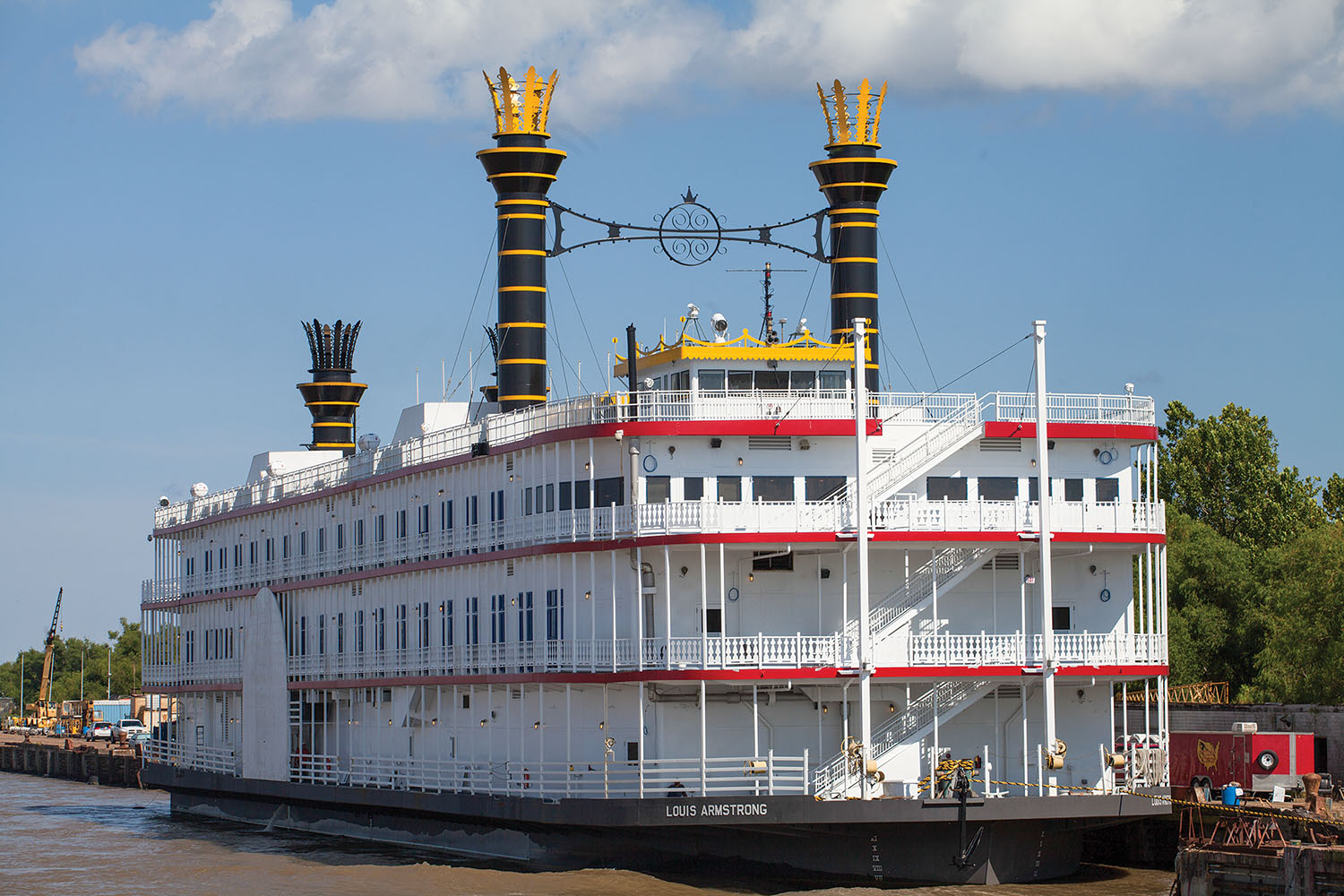 The river cruise business is booming on the nation’s inland waterways, with the American Queen Steamboat Company putting a new vessel into service next year, the refurbishment of the famed Delta Queen under way, and with Viking River Cruises still exploring options for U.S. operations. In addition, American Cruise Lines continues to add to its inland fleet, with American Harmony embarking on its inaugural Mississippi River cruise in August. Two additional vessels, American Jazz and American Melody, are expected to begin cruising in 2020.

Locally, the New Orleans area looks to gain a new riverboat in November, with the riverboat Louis Armstrong going through U.S. Coast Guard inspections now. Hospitality Enterprises New Orleans, whose portfolio of tour businesses already includes the paddlewheeler Creole Queen and Jean Lafitte Swamp Tours, will homeport the Louis Armstrong at the dock at the foot of Canal and Poydras streets (the same place the Creole Queen docks) and near Mardi Gras World on the east bank of the Mississippi River. With a current licensed capacity of 2,500 passengers, the Louis Armstrong will be the largest vessel to offer day cruises in the New Orleans area.

Hospitality Enterprises New Orleans announced about two years ago the company had acquired the City of Evansville, a riverboat casino that formerly operated on the Ohio River in Evansville, Ind. At that time, Warren Reuther, president and CEO of Hospitality Enterprises New Orleans, said naming the boat after Louis Armstrong, New Orleans’ most famous jazz musician, and making jazz music a central theme of the riverboat was a dream come true.

“Jazzing on the river is what we want to recapture on the Mississippi River in New Orleans,” Reuther said.

In his teens, Armstrong is said to have gone aboard a New Orleans steamboat to work as a deckhand. With his horn in hand, Armstrong would sit in with jazz musicians playing aboard the riverboat.

As an homage to Armstrong, the third deck of the riverboat Louis Armstrong will be called the “Satchmo” deck and will feature a room packed with Armstrong-focused memorabilia and facts. The first deck, also known as the “Soul” deck, will function as a reception hall and wedding venue. That level will have meeting and banquet capacities of 230 and 200, respectively. The “Jazz” deck, or the second level, will feature a concert hall and lounge. That level will have a seating capacity of 400 or a reception capacity of 1,000. The “Satchmo” deck will be a multipurpose space designed for weddings, receptions or corporate meetings. Finally, the “Blues” top deck will provide an open air venue with room for up to 1,000 passengers.

Reuther said, thanks to its proximity to the city’s Ernest N. Morial Convention Center, the riverboat Louis Armstrong will focus on convention-related charters and special events.

“We are also looking at a riverboat Louis Armstrong gospel jazz brunch every Sunday,” Reuther said.

For more information or to follow the progress of the new riverboat, see the “Riverboat Louis Armstrong” page on Facebook.

Caption for photo: The Louis Armstrong, a jazz-themed excursion boat with a 2,500-passenger capacity, will begin cruising in New Orleans in November. (Photo by Frank McCormack)