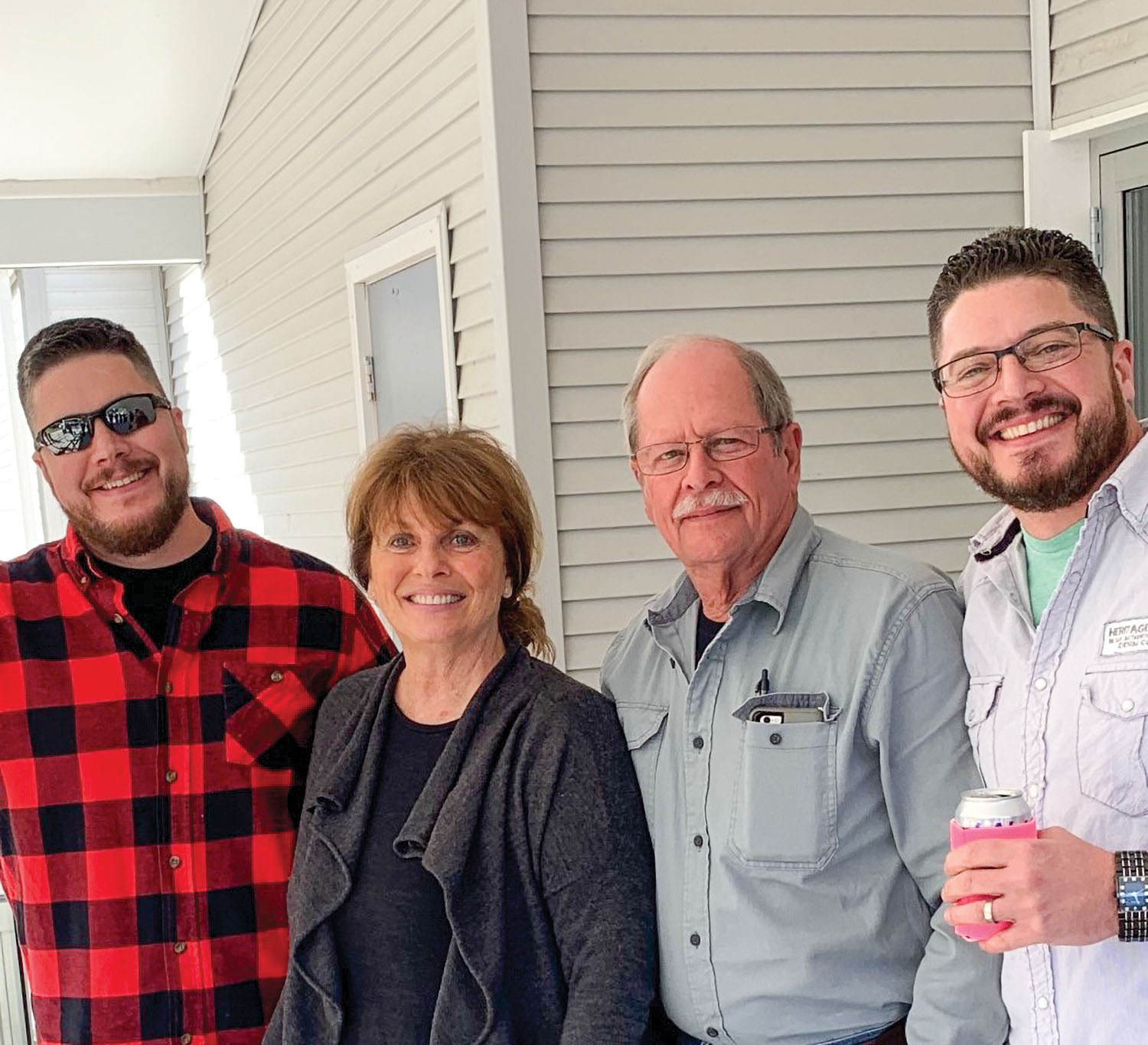 In one of the most celebrated film noir movies of all time, “Double Indemnity,” Edward G. Robinson won an Oscar playing insurance claims manager Barton Keyes. In one famous monologue, Keyes describes the calling of a claims man as combining the functions of “a doctor and a bloodhound and a cop and a judge and a jury and a father confessor all in one.”

Bill Carrier might not use exactly those words. But in talking about the profession of marine surveyor, he brings the same sense of calling and honor as Barton Keyes.

“A marine surveyor is an impartial person of integrity who is guided by his previous marine experience and who offers his technical expertise as a professional service to the marine industry, whether it be owners, operators, underwriters, lending institutions or interested parties,” he told The Waterways Journal. A marine surveyor’s function is to tell the customer “not what he wants to hear, but what is. A surveyor should function in an unbiased manner with the sole intention of reporting all of the circumstances he encounters, always with the code of ethics of his profession.”

Few marine surveyors could have been better prepared for the job than Carrier. He began cleaning barges as a high school summer job in 1959 at Joliet Marine Supply & Repair Service, a shipyard owned by Mechling Corporation, at his hometown of Joliet, Ill. He eventually worked “every job in the shipyard except two.” The jobs he did work included laborer, fitter, diesel mechanic, ABS-classed welder, salvor, crane operator and harbor boat pilot.

In 1964, Carrier was hired by The Ohio River Company to manage its barge repair facility in Joliet. In 1967, he was hired by Nilo Barge Line as an area representative / troubleshooter. In that position, he says, he gained experience about the cost of repairs, formulating repair specifications and the bidding process.

Carrier started his surveying career in 1969 with Tom Brown, an independent marine surveyor in the Chicago area.  Later that year, he was hired by marine insurance underwriting firm Neare, Gibbs & Company as a staff surveyor based in St. Louis, Mo. Carrier inspected tentative new accounts prior to writing their coverage, as well as existing accounts, to determine the value of equipment.

In 1976, Carrier joined Merrill Marine Services Inc., an independent marine surveying firm, and surveyed with them until 1982, when he and his wife Brenda formed Carrier Marine Inc. That sense of calling must have rubbed off; years later, their “grand finale” among seven kids, twin sons Robert and Timothy, both joined their father at Carrier Marine as marine surveyors. Today the twins, 39 years old, have extensive marine experience and are “really good at what they do,” according to their father, who adds that they have 30 years of experience between them.

Carrier has visited every town on the inland waterways, using four-wheel drive vehicles and 20-foot survey boats. “I try to arrive early on every single job,” he said. He has attended and supervised salvage operations on barges, towboats and dredges. He has also performed numerous inspections of general conditions, on and off charters, appraisals and fire and safety inspection on barges, towboats and dredges. Carrier is accepted in federal courts as an expert witness in six states.

Given the era encompassed by his career and the consolidation in the river industry since then, it’s unlikely that a marine surveyor today. could match the breadth of Carrier’s experiences.

One of the biggest challenges in the old days, he says, was report-writing. Carrier remembers using a slide rule to calculate steel rates. He used a very early cellphone model that cost $2,100 and charged a dollar a minute for airtime to keep in touch with clients. The paperwork for a towboat damage report used to take three to six weeks to prepare. “It could take from three to five weeks just to get an invoice from a shipyard,” he said. “My first computer was like heaven. It’s a whole different world now. We normally put out a preliminary email the day of the survey and a final report within a week or two after the job is complete.”

Another thing that’s changed since Carrier began work: the rise of arbitration and mediation, which resolves most marine insurance claims nowadays instead of litigation.

So how many years of experience does it take to make a good marine surveyor today? “I honestly don’t know,” said Carrier. “But you need a well-rounded experience.”

One thing he is sure of, though: this calling is not for everyone. “It’s hard to find people who want to work like this. There are often no weekends or holidays in this business. Our work doesn’t start at 8 a.m. and end at 5 p.m. I’m available to meet boats 24 hours a day, seven days a week. If it takes 14 straight hours to walk over a vessel, that’s what I do.”

He adds, “To do this job, you need the support of a good partner behind you, which I have had in my wife, Brenda. Over the years, I have left my family at the zoo, Six Flags, family outings and Christmas. I left my wife three years in a row on New Year’s Eve; however, I managed to return from the job before midnight!”

In fact, during preparation of this article Carrier was temporarily unavailable while participating in a salvage job of a sunken towboat at Morris, Ill., just southwest of his birthplace of Joliet.

At 77, Carrier says his health is, fortunately, still good. He still does most of the boat damage surveys and appraisal work, with Rob and Tim doing most of the barge survey work.