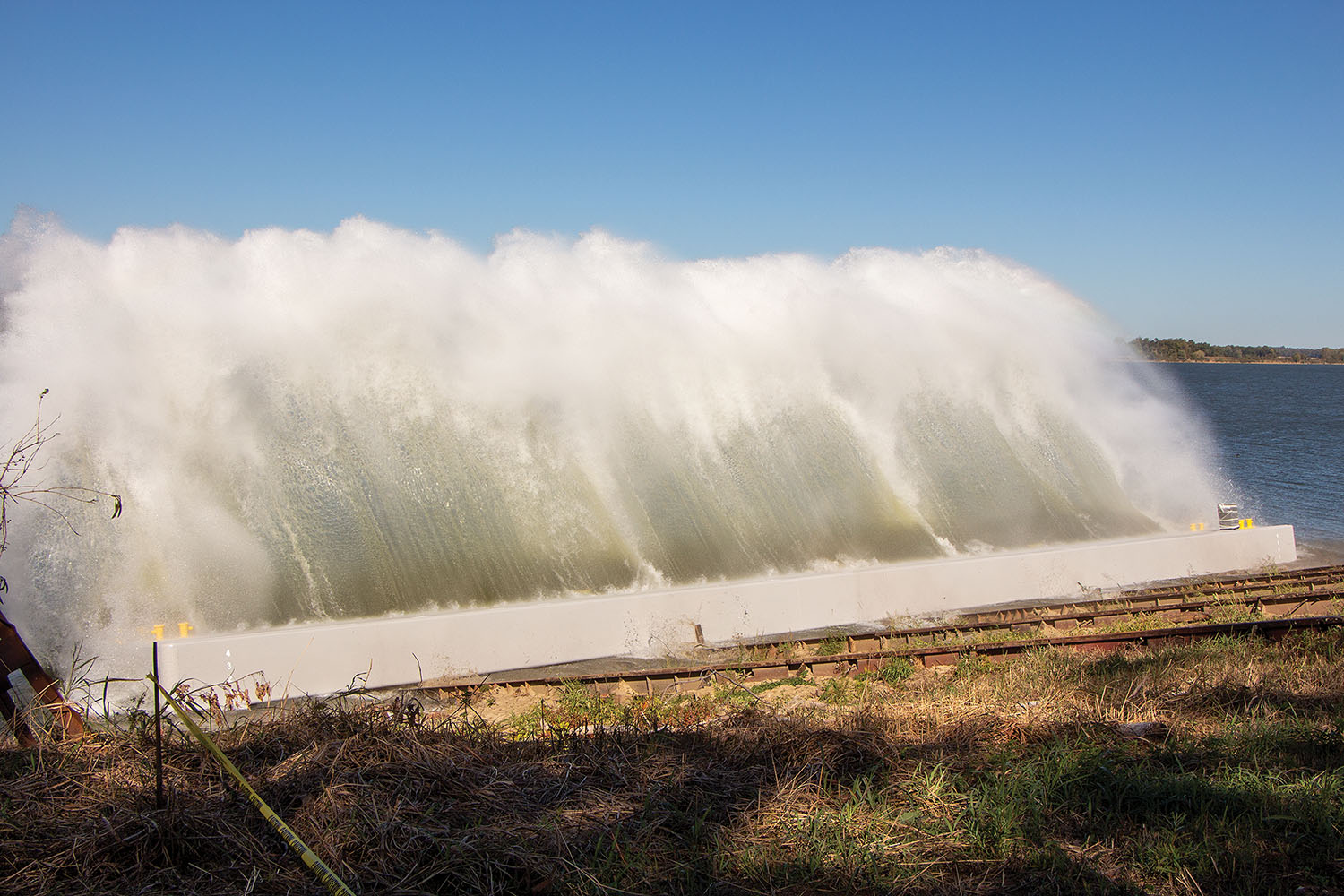 Yager Marine has launched the second of two deck barges that will become a docking facility for the World War II amphibious vehicle LST 325.

LST 325 is part of the USS LST Ship Memorial Inc., with a home port of Evansville, Ind. It will be open for tours seasonally before leaving the port each year to travel the nation’s waterways for tours in other cities.

“They’ll be moored bankside right where the casino boat was,” said Jamie Stricker, Yager’s manager of business development. “There are winches on it that they’ll attach to the LST when they bring it along beside it.”

Other companies are building the platforms, stairwells and ramps for the memorial that will be installed on-site, Stricker said.

General manager Paul Peoples said Yager is also working on several other projects, including building two deck barges to be used as sand barges for dredging.

“Right now, we’re booked out through November of 2020,” Peoples said of the company’s projects.

Yager specializes in deck barges of all types as well as crane barges, dock barges and drydocks.

“They were designed just specifically for this,” Stricker said.

Peoples said the LST Memorial project has been especially meaningful for Yager as John Yager Sr., former president of Yager Materials, was an engineer on an LST during World War II.