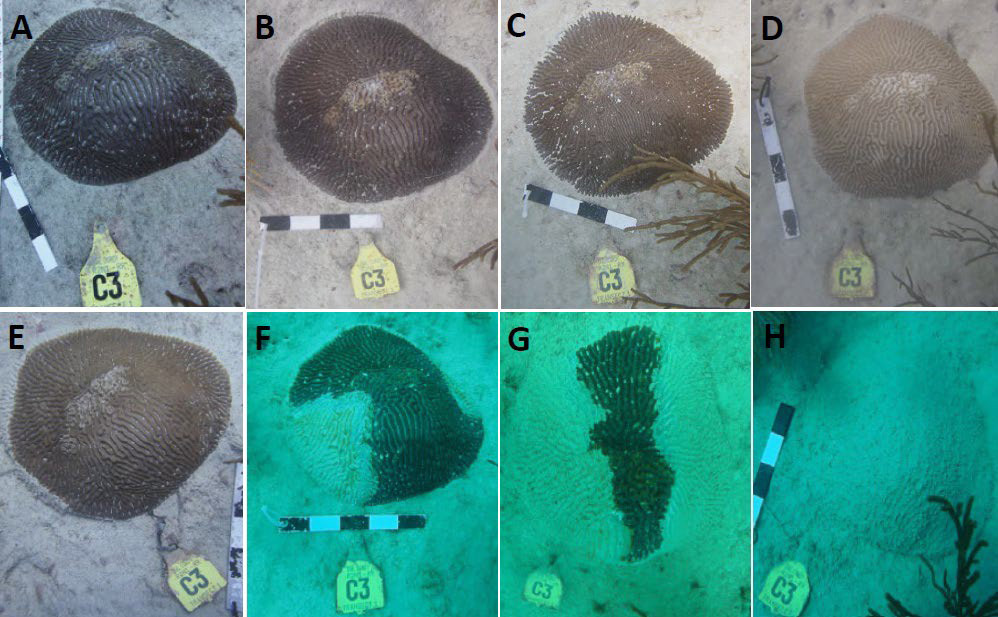 In July 2015, the Port of Miami completed a major dredging project to deepen the harbor to 55 feet. The project, permitted by the Florida Department of Environmental Protection (FDEP), included monitoring of the coral colonies in the area. Twenty-six locations were monitored, 16 channel-side sites and 10 far-field control sites, and 643 specific corals were tagged for regular monitoring. Data from the project show that less than 2 percent (or 6 of the tagged coral) died as a result of the dredging project, and it remained in compliance with its permit.

Dial, Cordy and Associates Inc. (DCA) performed the monitoring work on the latest project and has a long history at the Port of Miami. The firm did the work for the environmental impact statement on the phase three dredging project in 1999. In the mid-2000s, the Corps performed an updated version of that dredging project, and DCA did the monitoring on that project. The firm also did all the background biological work for the permitting, including baseline surveys and endangered species surveys, for the latest project, around 2010. FDEP permitted the project in 2012.

Great Lakes Dredge and Dock won the bid for the deepening project. That included environmental compliance and oversight, for which it hired a number of firms. Tetra Tech was hired as the environmental manager, and other companies were hired to do turbidity monitoring, coral relocation and seagrass mitigation. “We were hired because of our background on the project. We were tasked with doing the permitted biological in-water compliance monitoring,” said William Precht, the director of marine and coastal programs at Dial, Cordy and Associates.

To do the monitoring, per the FDEP permit, at each site three permanent 20-meter (65.6 -feet) transects were established parallel to each other, in a north to south direction, spaced at least five meters (16 feet) apart. Of the 15 dredge-adjacent sites, seven were in nearshore hardbottom habitats, four in inner reef habitats and four in outer reef habitats. The project team drilled steel eyebolts into the bottom in three places along the transect. Small closed cell foam floats, coated with anti-fouling paint, were attached to each eyebolt with a short length of nylon braided line for easy identification. Also, to help locate sites and orient divers, two floats marked the beginning of each transect, and the mid and end points were marked with a single float. During the dredging project any time the dredge was within 750 meters (2,460 feet) of one of the sites, it triggered monitoring of that site within a week. Precht said each of those sites were triggered 40 to 45 times during the course of the project.

“They were visited pretty regularly, and we had very good documentation,” Precht said.

From 2013 to 2016, the DCA scientific team performed more than 10,850 dives to make more than 35,000 in situ coral observations. The team took more than 75,000 photographs of the 643 colonies. Each 20-meter transect was also recorded on video each time the site was monitored. Approximately, 3,000 videos were recorded.

During site visits, the first diver would swim the transect taking video; the second diver would visit each coral with an underwater clipboard and take notes of what he or she observed; and the next diver would take multiple photographs of each tagged coral.

A professor from the University of Miami did the data management. “She took the field data sheet and compared them to the underwater photos of the same coral, to make sure what the in-water biologist was saying matched what we were seeing,” Precht said. All the data was entered into an excel sheet and analyzed using CPCe coral point count software.

If a site wasn’t triggered for monitoring during a week, the team still wrote weekly compliance reports, which were a statistical comparison of a site that could have been triggered by dredging, compared to the control sites.

When monitoring was triggered, if anything was out of compliance, it was noted in the report and recommendations were made for adaptive management. Precht’s reports on the project notes that repeatedly monitoring the tagged coral with quantifiable surveys was important to separate and quantify local dredge-related impacts from regional trends in the health of the coral. This type of repeated measurement of experimental units is central to many environmental impact investigations on coral reefs. Combining the repeated measures data with other metrics (sediment, turbidity, water temperature, water and current data, etc.), analysts can differentiate between chronic and acute stressors, both natural and project related. The cause of each impact can be differentiated by carefully evaluating the sequence of events recorded prior to and during the impact. Final analysis of the data showed that less than 2 percent of the tagged corals died as a result of sediment burial. However, 219 of the tagged corals actually died, but something in addition to the dredging project was affecting them.

CORAL DISEASE ON THE FLORIDA REEF

In the fall of 2014, a massive coral bleaching event related to warm surface temperatures overtook many coral. Precht said close to 90 percent of the tagged corals bleached in September 2014. “In the fall of 2014, as temperatures cooled, we noticed a disease at one site. It then moved through the project area. It didn’t just do that at the channel sites. It happened at the controls too,” Precht said. “The disease has now spread the entire length of the Florida reef track.” It also moved to other places in the Caribbean. What is known as white-plague disease took 194 of the tagged corals during the dredging project. Six additional corals died as a result of competitive interactions, four died as a result of coral bleaching, three colonies died from white-band disease, five corals died from an unknown disease referred to as receding margin syndrome, and six colonies total died from dredging impacts.

Despite all the video, photographs and data, the results have come into question by environmental groups, local media and other government agencies. DCA scientists first observed the onset of disease at one of the southern far-field control sites located off Virginia Key on September 26, 2014. The disease started at the far-field project controls south of the Port of Miami dredging operation, and DCA scientists witnessed and documented the spread of the disease away from this area, unrelated to the dredging project. Despite the conclusions of the monitoring program in compliance with the dredging permit, numerous local media outlets started implicating the dredging project as the direct cause for the disease.

In May 2015, the National Marine Fisheries Service (NMFS) came to a similar opinion about the cumulative impacts of the project, before the dredging project had been completed and without proper in-water impact assessment surveys, Precht said. NMFS has purview over certain endangered species and essential fish habitat, including the species of coral monitored for the project. A team of divers from NMFS accompanied DCA on one dive in May 2015. NMFS returned to the site one more time in December 2015, after the project was completed. “They did a one-time survey and had no baseline data,” Precht said.

In June 2015, NMFS released a report with its conclusions. This included, Precht said, photographs of coral species incorrectly identified. He said the report was full of similar errors and misstatements. However, because of the repeated measures monitoring program, DCA could evaluate the specific coral identified in the NMFS report from 48 separate monitoring events between the fall of 2013 and the summer of 2015, which clearly showed the coral effected by bleaching, then progressive signs of active white-plague disease, not sediment impacts from dredging.

Additionally, NMFS was cherry picking data, Precht said, analyzing only two sites. “You can’t pick and choose the data. You have to use all of it,” he said.

Instead of ignoring the coral species that were killed by white-plague disease and only analyzing those that remained healthy, where the impacts from dredging could be properly analyzed, these agencies include the diseased corals in their statistical analysis and skewed exaggerated results.

Once the dredging project was completed, DCA submitted all the data, photographs, videos and reports to FDEP for the permit requirements. In Florida, once that data was submitted to a public agency, it becomes part of the public domain, and anyone can access the information. This should have been the proof DCA needed to validate its conclusions, but Precht said others started to use that data and reanalyzed it incorrectly. After the contract had ended, DCA was back reanalyzing its data in defense of the project. “The only thing left was our reputation,” Precht said. “The lessons learned are the important things that need to be carried to the next project.” But without effectual data and sound conclusions across the board how can those lessons be carried forward?

Precht spent three months in the summer of 2018 reevaluating every piece of data. Other than a half a percent difference here and there, the second analysis came to the same conclusions. For the majority of the project duration, Precht oversaw the many scientist doing the work, but his direct involvement was very macro. Now, he knows the project on a much more micro scale. “I look back now and because of the papers and these claims, I’ve had to understand the project better than I did when the project was happening,” he said. Precht is still publicly defending his team’s research and the conclusions of the project.

Despite the battle Precht has endured to fight the invalidation of his team’s solid findings, he also wants to make a case for what the team did learn on the project. There definitely were impacts to corals, as expected within the perimeters of the permit. However, if all the science is understood universally, then the industry can learn from this project and apply its findings to future projects.

One critique Precht had of the monitoring process was the lack of middle ground in choosing sites. The majority of the sites were near the channel and the dredging project, and the controls were all far field. There was little in the middle being monitored.

“The other thing we learned from the project is if the dredge sat in one location for too long, it can develop issues,” he said. When the team saw sedimentation issues where the dredge was active, it made recommendations at the weekly reports. “What really needs to happen is adaptive management strategies that happen within 24 to 48 hours, not a week or a month later,” Precht said. He said more engagement with the regulatory agencies involved on a day to day basis and more transparency between the entire project team (the dredging contractors, the Corps, the local port, the scientists doing the monitoring, the regulatory agencies) would help projects. “Everyone sits at the same table with the same data,” Precht said. “And if there are impacts, you respond to them immediately.” He also feels that exaggerated data used to build upon the lessons learned for a project leads to “knee-jerk regulatory actions that are draconian in scope.”

In June 2019, Precht and his colleagues Brooke Gintert, Ryan Fura, Martha Robbart, Kristen Rogers and R. Steve Dial presented their paper: “Miami Harbor Deep Dredge Project: A Reappraisal Reveals Same Results,” detailing DCA’s work and its defense of that data, at the Western Dredging Association conference in Chicago. The conclusions of the paper also highlight additional lessons learned, which its authors hope will provide an effective framework for the future environmental management of construction projects where corals and coral reefs may be potentially harmed: