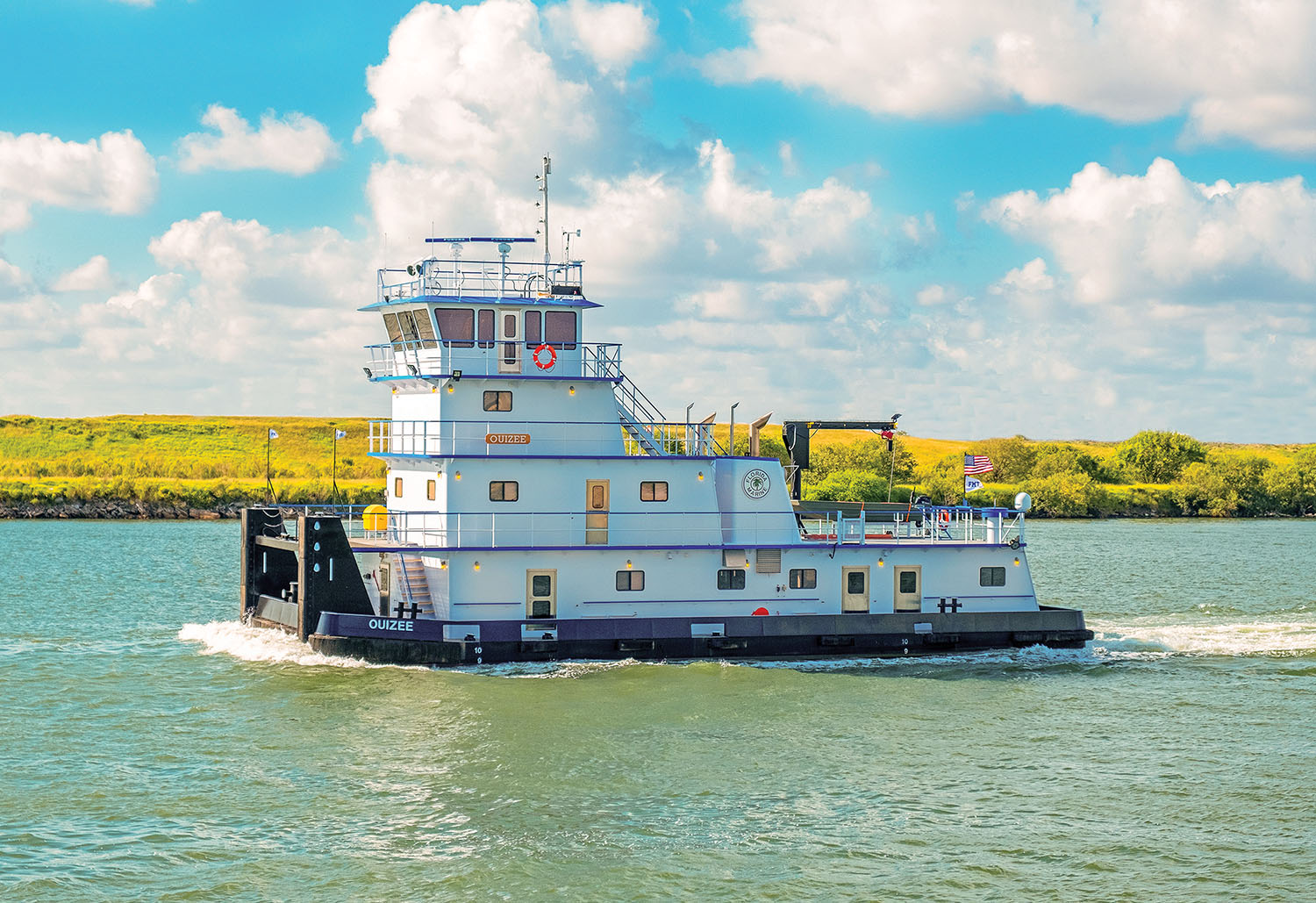 The vessel is the second of six towboats the shipyard is building for Maritime Partners. The first, the mv. G. Brooks Sperry, debuted in late July. The Ouizee is the shipyard’s 60th new vessel. John Bludworth Shipyard also handles close to 450 repair jobs each year.

The 2,600 hp. mv. Ouizee measure 84 feet by 32 feet with a mold depth of 11 feet. The vessel is named after Louise Brooks, the mother of Bick Brooks, Maritime Partners co-founder and chief executive officer. Speaking at the christening, Brooks explained the origin of his mother’s nickname.

“My sister had her first kid three years ago,” he said. “The name ‘Louise’ is a mouthful for a toddler to pronounce, so my sister’s son just shortened the name to ‘Ouizee.’ The name ended up sticking, so my nephew and nieces all refer to my mother as ‘Ouizee.’”

Brooks’ mother is an award-winning architect. He said her hard work and dedication instilled in him the courage and determination to pursue his passion for boats and barges by starting Maritime Partners just four years ago.

“I remember taking the bus home from elementary school each day and walking in the door to see my mom working away at our dining room table with drafting papers as she worked on her first architecture projects,” Brooks said. “Her first office truly was our dining room table and she worked while she could, designing homes in our dining room for the first few clients who believed in her. It wasn’t easy for her. She sacrificed time with her young family to focus on her architecture projects, but it was a sacrifice she made in the pursuit of her passion.”

Inside, the Ouizee features four staterooms and accommodations for up to six crew members. The vessel’s galley features custom oak cabinetry, granite counter tops, a granite tabletop, and a spacious pantry and interior utility room.

As with the G. Brooks Sperry, the Ouizee features a “double chine” hull design, which streamlines water flow to the propellers and boosts the vessel’s efficiency.

Maritime Partners is a privately-held company that provides tailored leasing solutions to the maritime industry in the United States. As a private company, Maritime Partners enjoys the freedom to offer customized leasing services to operators across the full spectrum of credit quality. Maritime Partners can provide financing for a wide array of assets, including towboats, tugboats, tank barges, hopper barges, deck barges, ATBs, dredges and other specialty vessels.