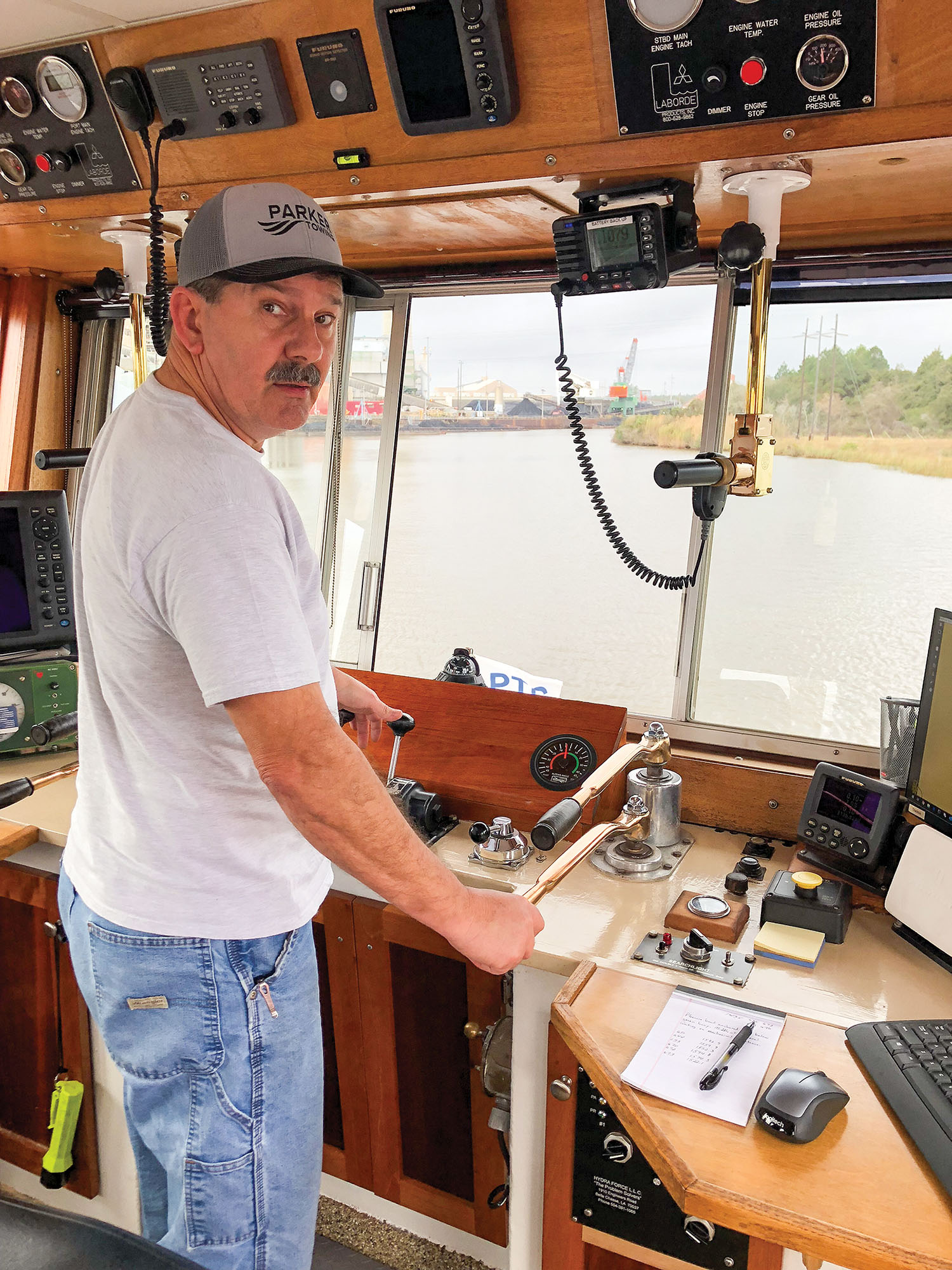 On the night of January 6, Parker Towing Company’s mv. Normond McAllister had just delivered a barge loaded with gypsum to Muscogee Wharf, near the Pensacola, Fla., waterfront. The crew, comprised of Johnnie “Yogi” Cooper at the helm and deckhand Daniel Carter, was making the light boat transit back to the Normond McAllister’s usual base of operations, Gulf Power Plant Crist near the inner reaches of Escambia Bay, when a call for assistance came over the radio from the U.S. Coast Guard.

“At approximately 2040 hours USCG hailed any vessel in Escambia or Pensacola Bay,” Cooper wrote in his log from that night. “Responded to hailing and was told by USCG that a 25-foot sailboat with three POB [persons on board] had been reported overdue.”

Cooper immediately called Carter up to the wheelhouse to assist in the search as they continued their trip back to Plant Crist.

“There’s a lot of bay out there to watch, and I’m watching where I’m going,” Cooper recalled. “Two sets of eyes are always better than one.”

At about 10 p.m., Cooper and Carter received from the Coast Guard a better estimation of where the sailboat might be. Cooper responded to say the Normond McAllister would be in that general area in about an hour. Sure enough, just before 11 p.m. Cooper noticed something on the radar.

“I saw them on my radar off a little island,” Cooper said. “Then, using our Rose Point, we identified a general latitude and longitude.”

The Normond McAllister crew notified the Coast Guard they’d found the sailboat and relayed its coordinates. Cooper said the sailboat crew had experienced some sort of mechanical issue, which caused them to become grounded when the tide went out. Cooper communicated with the sailors by loud hailer to let them know the Coast Guard was en route with a small boat to render aid.

“We stood by for the small boat to arrive to assist if possible and provide lighting for the area,” Cooper wrote in his log. “USCG small boat could not reach the sailboat due to the depth of the water. They told us that the Pace, Fla., fire department was en route with two shallow draft vessels.”

The fire department vessels arrived about 1 a.m. Cooper said the three sailors were transported to a nearby boat launch.

“At 0140 USCG thanked us for our assistance, and we continued our voyage to Plant Crist, Pensacola, Fla.,” Cooper wrote in conclusion.

Reflecting on the experience, Cooper said there was an element of luck in them finding the sailboat that night.

“This was definitely being in the right place at the right time,” he said.

At the same time, though, the way the crew of the Normond McAllister responded—calling Carter up to the wheelhouse and using both their eyes and technology to search for the sailboat—testifies to their experience and training and to the all-in-it-together culture that so defines the maritime industry.

“If we’re out and if we can help, that’s all part of our job,” said Cooper, 34-year veteran of the industry who’s been with Parker Towing since August 2018. “If we can assist and if we’re in the area, we’re going to do all we can do to help.”

Caption for photo (click on image for full picture): Johnnie “Yogi” Cooper at the sticks of the mv. Normond McAllister. (Photo courtesy of Parker Towing)