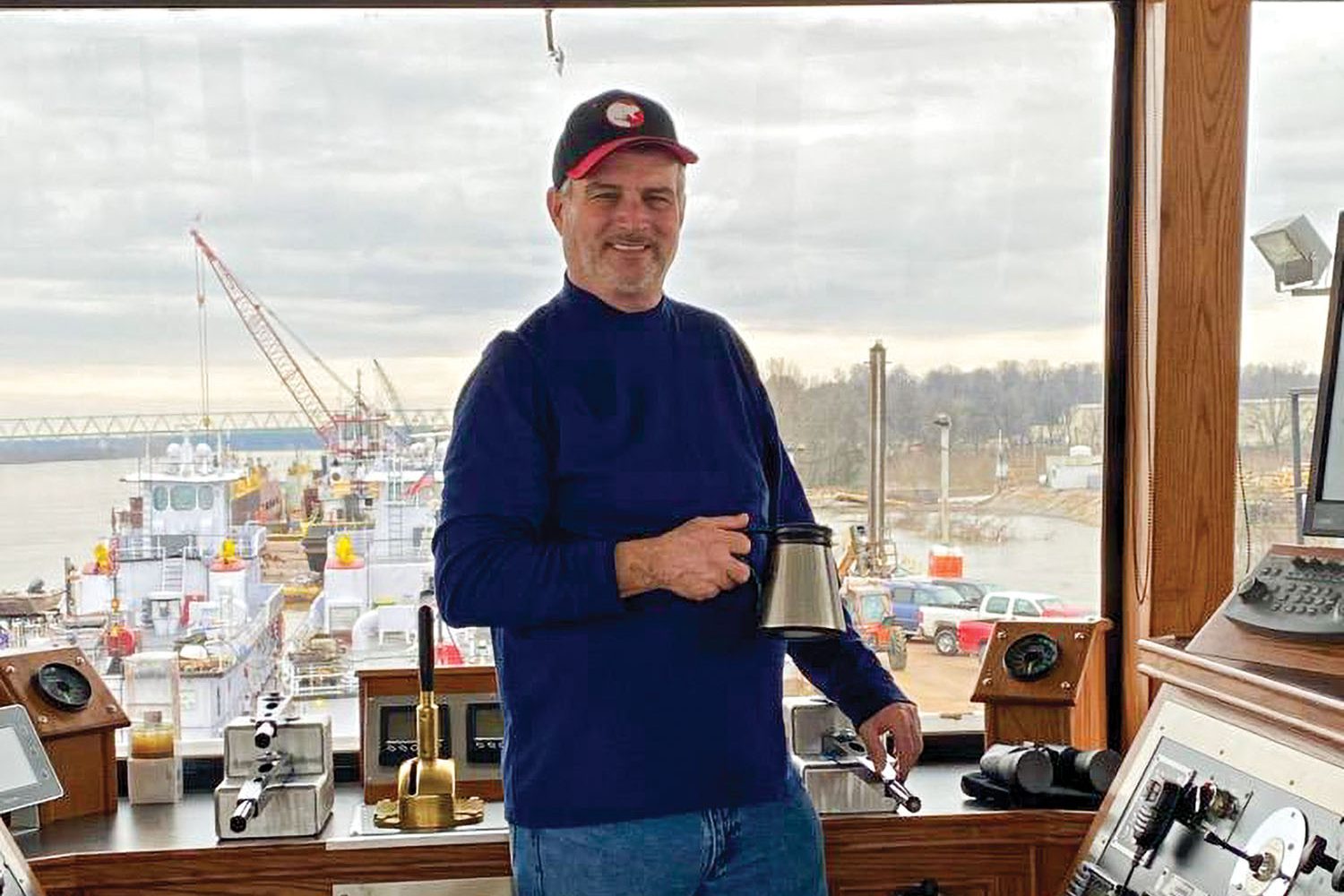 Growing up on the banks of the Ohio River in Cloverport, Ky., Harold Newby was around boats, but he didn’t always see them as a career path.

“My father always had recreational boats, and we would ski and go out and fish,” he said. “I was just sort of drawn to it, just seeing the boats go by and the barges go by.”

Then at 15 years old, a chance meeting at a gas station made him think about working on the river. Newby and his father ran into Sammy Hanks, now 82, who was a port captain with Huffman Towing. Hanks told Newby to call him when he turned 18 if he’d like a job on the river. Newby made that call, and the rest is history.

Newby, 63, is now a captain for Excell Marine Corporation, a division of the McNational family of companies. He lives in Cincinnati, Ohio. Newby began his career, thanks in part to Hanks, as a deckhand for Huffman Towing in 1976. From there, he worked for various companies, including McQuiston Barge Line, M&G Transport and Owensboro Harbor Service, where he received his license as a harbor pilot in 1981. He worked as a harbor pilot for a year before being offered a job in the Pittsburgh area for W&W Marine, working on the Monongahela, Allegheny and Ohio rivers.

Newby went to work for Bruce McGinnis in the McGinnis division of what is now the McNational family for the first of his two stints with the company in from 1983 to 1985, then went to Rushing Marine out of Cape Girardeau, Mo., which was bought by MEMCO Barge Line. Then he went back to work for McGinnis on the mv. James K. Ellis. Newby spent five years as a dispatcher for Excell Marine, then went back to harbor boats in Cincinnati until 2016. He was called back out onto the line boats with the mv. Elizabeth Ann at first as the relief captain, but in January 2018, he was named high captain on the triple-screw, 3,600 hp. vessel.

Most recently, Newby has also been involved in a major overhaul of the mv. Elizabeth Ann at National Maintenance & Repair in Paducah, Ky.

“We completely refurbished the inside, top to bottom,” he said.

The work has included new rudders, a new wheel, painting the hull and a complete wrap-around console in oak as well as all-new stainless steel doors throughout.

Newby said he has lots of stories about life on the river, but one of his favorites is how he met his wife of 35 years, Michele, in 1984. A man on the same crew as Newby had shoe soles that were so worn out he had cut out cardboard to put inside. As Newby got off the boat in Moundsville, W.Va., he put on sandals over his socks and gave the man his shoes. After picking up his check and cashing it at a local bar, he asked the barmaid where he could buy a pair of shoes and borrowed a security guard’s car to get to the store. The woman who helped him find a new pair of shoes at the store was Michele.

He bought her a Pepsi at the vending machine out front, convinced her to go to dinner with him that night since he was leaving town the next day and, eight months later, they were married. They now have two adult daughters, Nakisha and Katie Jo.

Excell Marine general manager Robert Englert talked about what an asset Newby has been to the company.

“Capt. Newby is a true testament to the term professional mariner,” he said. “For over 24 years, Harold has held a variety of both shoreside and vessel positions within the McNational family of companies. Not only is he one of our most senior employees, he has proven to be one of our most dedicated and productive employees through his many years of service. He continues to spend countless hours teaching the next generation of mariners how to safely and efficiently make a living in this great industry. He is an invaluable asset to the company and our customers alike, and we are thrilled to have been able to share his story.”