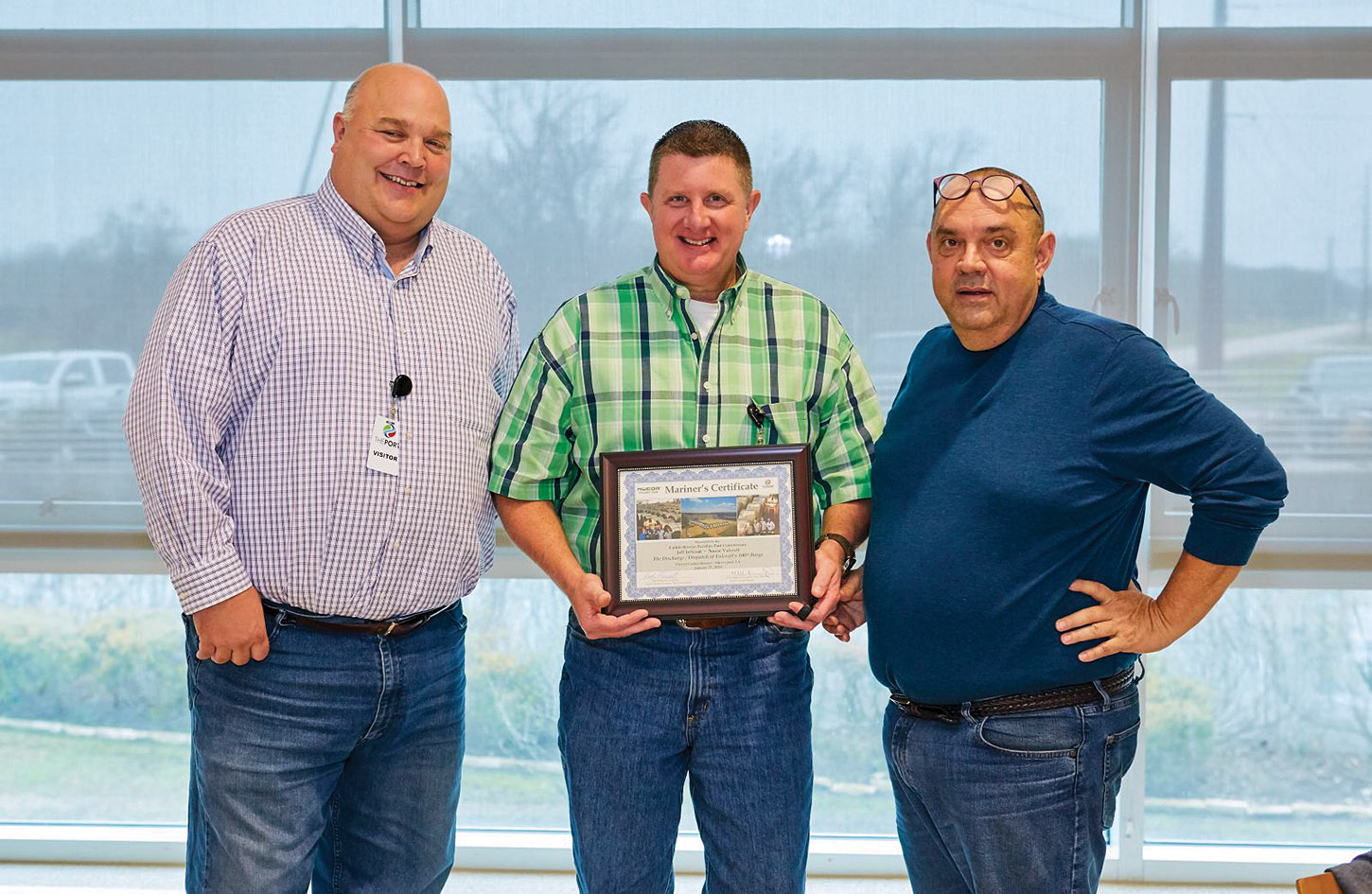 The Port of Caddo-Bossier, the northernmost port on the Red River Waterway in Northwest Louisiana, is celebrating a recent cargo-handling milestone. At the end of January, port officials offloaded the 100th barge loaded with steel coils for Vulcraft-Texas, a division of Nucor Corporation.

In May 2017, the port began partnering with Nucor to move steel coils from Nucor’s Blytheville, Ark., facility to the company’s Grapeland, Texas, plant. The steel coils are loaded onto barges at the Blytheville facility and moved on the Red River south to the Port of Caddo-Bossier. There, the coils are transferred to shore and stored at the port until they are transported by truck to the Texas plant.

“The relationship between the Port of Caddo-Bossier and Nucor shows we are a viable option for companies that don’t need brick-and-mortar facilities,” Executive Port Director Eric England said in announcing the milestone. “Nucor has significantly reduced transportation costs by utilizing barges and storing the coils at the port until they are transferred to Grapeland.”

Port officials and representatives from Nucor marked the occasion with a luncheon at the port’s Regional Commerce Center in Shreveport, La.

The Port of Caddo-Bossier covers some 2,600 acres and offers connections by water, rail, road and air transit. The navigable channel on the Red River, known as the J. Bennett Johnston Waterway, features five navigation locks between Shreveport and the Mississippi River at Old River. Completed in December 1994, the 236-mile waterway offers a 9-foot by 200-foot channel, along with locks that measure 84 feet by 705 feet. The Red River Waterway Commission represents the seven parishes connected to the waterway, including the parishes of Caddo, Bossier, Red River, Natchitoches, Grant, Rapides and Avoyelles.