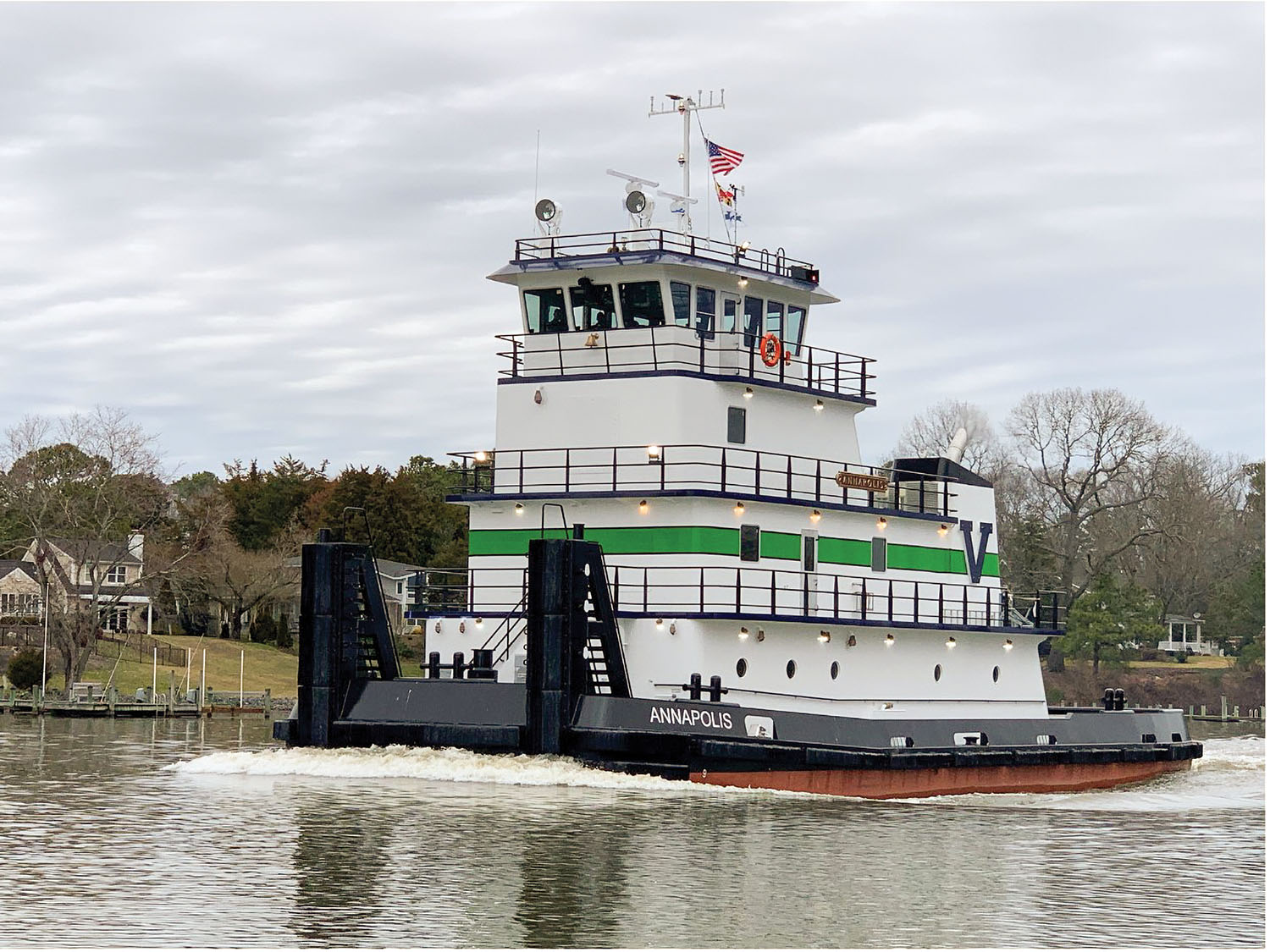 Vane Brothers, a marine transportation provider on the U.S. East, West and Gulf coasts, has taken delivery of the Annapolis, the second of four 3,000 hp. Salisbury Class inland towboats being built by Chesapeake Shipbuilders and Naval Architects in Salisbury, Md.

The Annapolis has a design that is identical to the Salisbury, delivered in 2019. With a length of 94 feet, width of 34 feet, molded depth of 10.5 feet, and working draft of 8.5 feet, each vessel in the Subchapter M-compliant Salisbury class of towboats is especially well-suited for operations along inland waterways.

To create the Salisbury Class design, Chesapeake naval architect John Womack worked in close collaboration with Vane Brothers port captain Jim Demske, who has overseen construction of nearly 50 vessels for Vane Bros. over the last two decades. “The Annapolis, like the Salisbury before her, is an extremely robust inland pusher,” said Demske. “With a solid and sturdy design that delivers unsurpassed performance and safety, Vane Brothers’ crew-friendly Salisbury Class boats can work efficiently and handle well in both shallow-draft areas and open-water environments.”

The boats feature eight separate heating and air-conditioning systems that operate independently throughout the vessels. This enhances crew comfort in addition to augmenting fire-containment capability in case of emergency.

The Annapolis is named for the capital city of Maryland, which is also home of the U.S. Naval Academy. Vane Brothers has been headquartered in Maryland since 1898.

Caption for photo: 3,000 hp. towboat was built by Chesapeake Shipbuilders in Salisbury, Md.