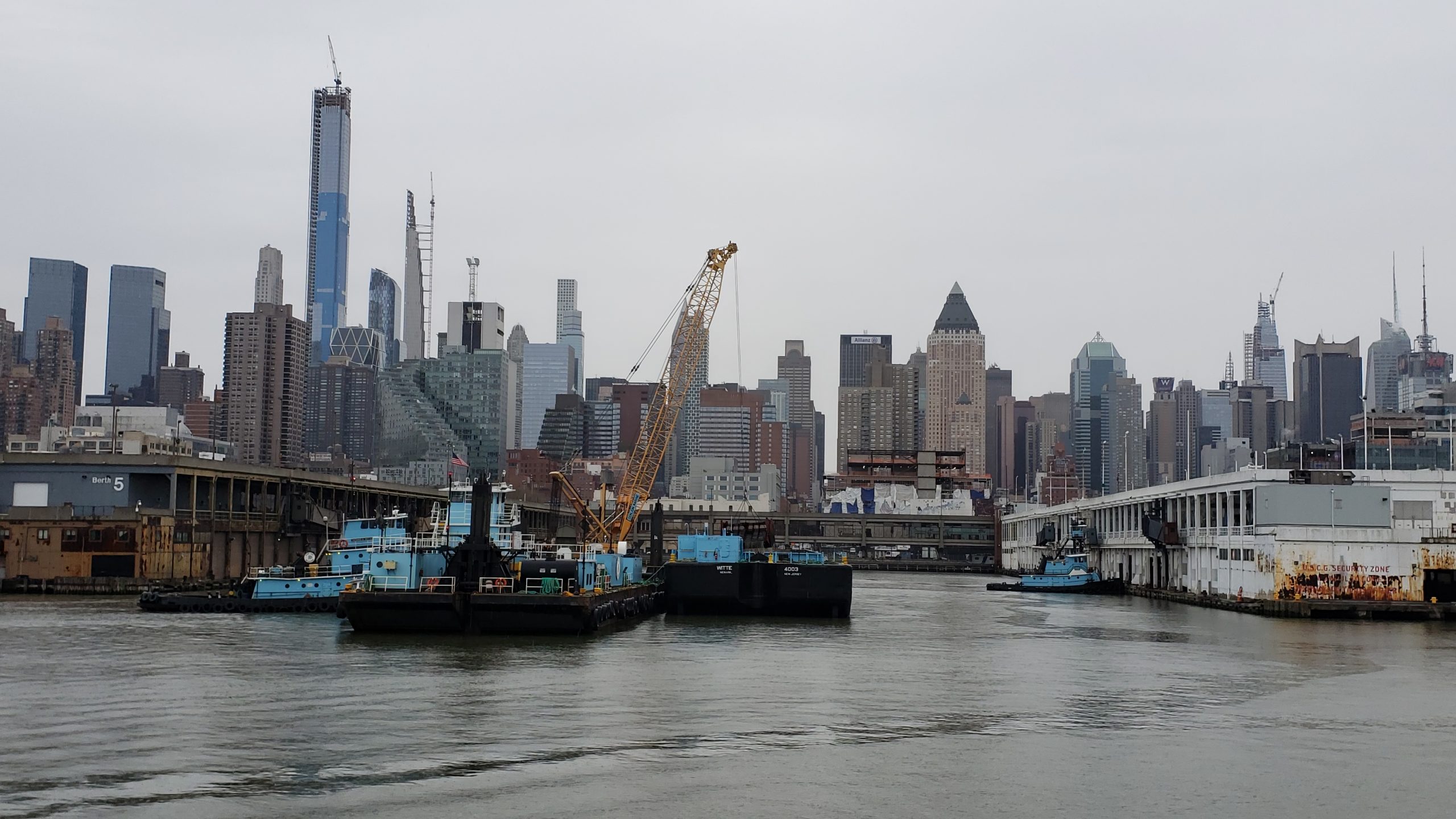 “The dredging was done faster than anyone knew it could be done.” Those were the words of New York Mayor Bill DeBlasio, spoken as he thanked all those who made possible the March 30 docking of the U.S. Navy hospital ship Comfort in New York City. The dredging of Manhattan Cruise Terminal’s Berth 4 had been completed the evening before, a two-week job in just eight days, as DeBlasio noted.

Dredging contractor Donjon Marine of Hillside, New Jersey, performed that feat. The Donjon Marine crews—working from three dump scows, three tugboats and the dredge Delaware—moved 90,000 cubic yards of material as they dredged the berth to a depth of 40 feet.

By the time the Comfort docked, the Donjon crews were already dredging neighboring Berth Three. They ended up dredging all five berths at the terminal, according to William Doyle, CEO and executive director of Dredging Contractors of America.

Donjon Marine was initially contacted in the third week of March, and before equipment could be moved, permits had to be expedited.

Donjon sprang into action, hurrying a dump scow out of dry-dock 10 days earlier than scheduled, and moving the Delaware Bay and two other scows into position from other ongoing projects. Donjon moved crewmembers and supplies in and out of Manhattan on shuttle boats from Jersey City, New Jersey.

“That wasn’t all we had to do,” said Donjon Marine’s Thomas Witte, executive vice president and director of dredging. “We needed expedited permits and authorizations from the federal government, state of New York, and the city in order to place dredge material in certain locations. We were able to receive them in less than 12 hours from being requested to issuance,” he said. Witte said he has never seen permit approval move that fast, although “9/11 was close.” He credits the quick action on permits to the U.S. Army Corps of Engineers’ Thomas Creamer, chief of operations, and Jodi McDonald, deputy chief of operations, readiness, and regulatory functions division.

The USN Comfort, which holds 1,000 hospital beds, had received orders from President Donald Trump to dock in Manhattan as a floating relief hospital for those needing hospital care, but not infected with COVID-19. The ship also has 12 operating rooms, a pharmacy, a medical laboratory, and a CAT scan, among other assets. Along with its sister ship Mercy, it has been deployed to conflict zones around the world. After 9/11, the Comfort also docked in Manhattan, but on that occasion, it was providing crisis counseling for New York’s firefighters and first responders, said DEMA administrator Tom von Essen in his remarks.

The vessel will free up bed space in New York’s land-based hospitals for infected patients. At this writing, New York is the hot zone of COVID-19 infection, with one-third of all U.S. cases. DeBlasio said the city needed to triple its hospital bed capacity by May.

Over the same weekend, Samaritan’s Purse and Mount Sinai Health System in New York City began erecting a field hospital in Central Park. The hospital is located in front of Mount Sinai Hospital in the park’s East Meadow and was scheduled to open March 31.