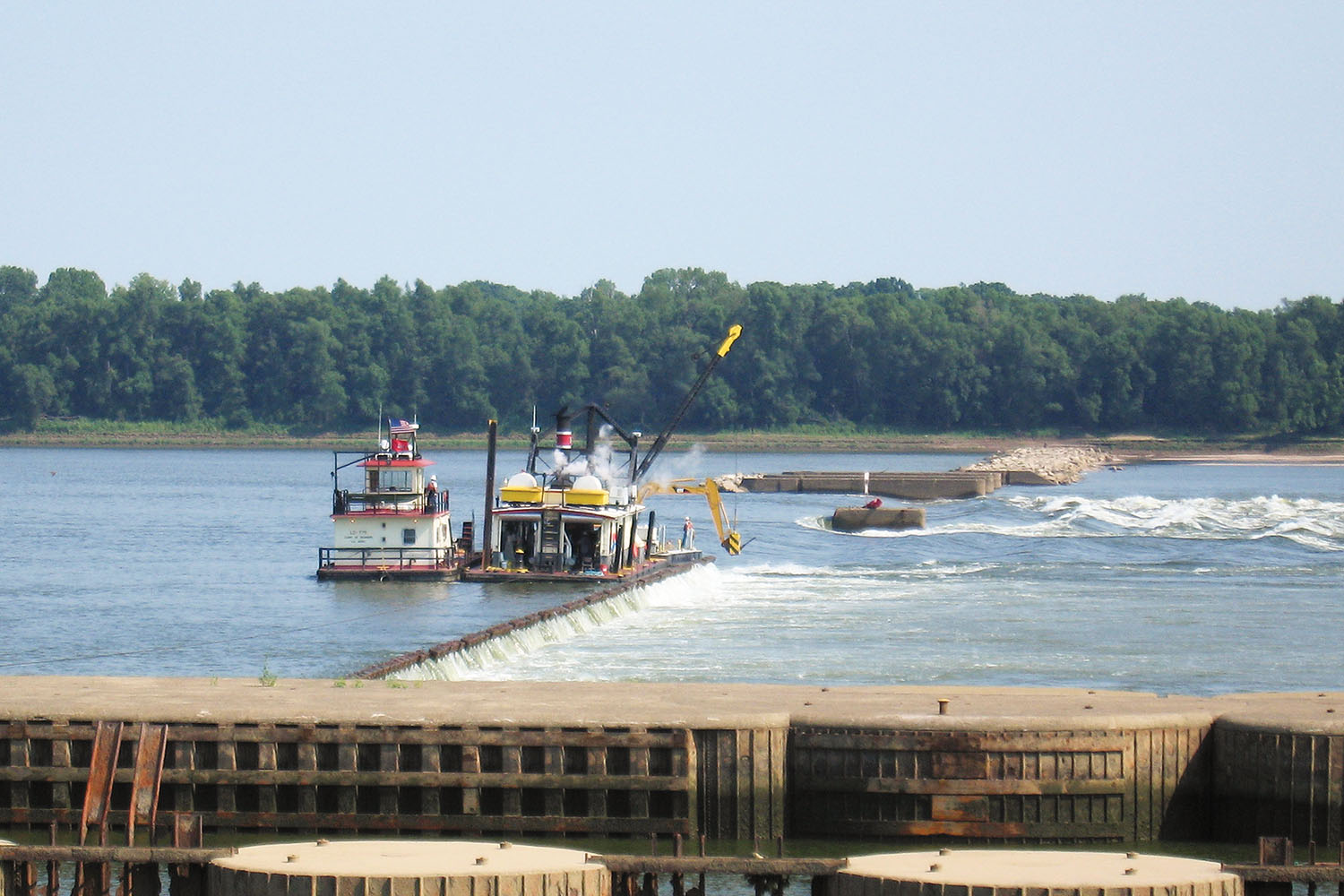 The Louisville Engineer District is looking for a home for a historic, steam-powered maneuvering boat.

LD 559 was put in service in 1938 as a maneuvering boat at Lock 52, near Brookport, Ill., on the Ohio River. It was used to raise and lower the timber wicket dam and put into operation what was once the busiest lock in the United States.

“It was the workhorse for the dam for the last 80 years,” said Jared Barrett, Louisville District archaeologist.

Although the Corps has received offers for various parts from the boat to be added to existing museum collections, they said it is in fairly good shape for its age, and they would like to keep it together.

“We’d like to preserve this history if we could, keep it in one piece and give it to an institution that could use it as a historical, interpretive piece,” Barrett said.

The Corps would prefer someone to offer to display the entire vessel either in a museum or perhaps in a park with interpretive signs, although other options would also be considered.

“This is a good candidate because I think this is one of the only ones left as an example,” Barrett said.

The logistics of moving it from its temporary home at Olmsted Locks & Dam near Olmsted, Ill., also must be considered. It weighs approximately 140 tons.

LD 559 is powered by a 75 hp. diesel-fired horizontal fire tube boiler. The hull manufacturer is unknown, but the winches and crane were manufactured by Clyde Iron Works.

“They just don’t build the stuff like this anymore,” Barrett said. “It’s a hearty piece of equipment and speaks to long ago with steam power and men working with their hands. Now everything’s mechanical with computers or the push of a button. This is another thing vanishing from our riverscape that used to be ubiquitous.”

Brian Holcomb, project engineer for the Louisville District, said each wicket dam used to have one of the boats, but LD 559 is the last one remaining on the Ohio River. The Corps has been trying to find a home for it for about a year.

Ron Kelly worked with LD 559’s sister vessel, LD 560, for years as lockmaster of nearby Lock & Dam 53 in Grand Chain, Ill., before retiring eight years ago. Unfortunately, he said, LD 560 was not in as good shape as 559. It was scrapped, according to Holcomb. The two boats were mirror images of each other, as some boats of that era were made to operate locks on the Kentucky side of the Ohio and some made to operate them on the Illinois and Indiana side.

When the river level dropped, necessitating the raising of the wickets and operation of the lock, a man would stand on the head of the maneuvering boat and dip a hook rod, similar to a giant crochet hook, beneath the water, Kelly said. He would hook one end of the rod to a bar on the wicket, then use a steel hook to attach an eye at the other end of the hook rod to a steel chain, called a fall line or whip line. The steam power would then lift the 16- to 20-foot-tall timber wicket into place to dam the river enough to raise it to a navigable level for commercial traffic.

The process could be perilous, working inches away from the rushing river water and fighting the current. It also had to be repeated up to 487 times until every wicket was raised, according to information provided by the Corps. Crews sometimes worked 30 hours straight, especially as the wickets began to deteriorate over time.

“The longest I remember was working a straight 42 hours while raising the dam at 52 then coming down to help get 53 ready for a dam raising,” longtime employee Jesse Hall told the Corps for a tribute article for dams 52 and 53 in 2018.

“We have been out there when it was 110 degrees, and we have raised it when it was below zero as well,” Hall said.

“Now we have side-by-side refrigerators and beds, vs. where we used to heat a baked potato on the boiler on the steam engine working 24-36 hours raising the dam, and we were sleeping on the floor of the boat,” he said. “You would wake up and snow would be on your face, but you had to rest, you had to take a little break.”

With the opening of the $3 billion Olmsted Locks & Dam in August 2018, dams 52 and 53, the last timber wicket dams on the Ohio River, became obsolete and were scheduled for demolition. Olmsted raises its dam using an automated system.

Kelly hopes that the old days of timber wicket dams are not soon forgotten, however. He remembers visiting Hannibal Locks & Dam with his father as a child and seeing a nearby outdoor display that included a maneuvering boat dragged up on the shore along with a couple of the timber wickets. He is hopeful that the former dam 52 boat might perhaps find a home near where it was used for so many years.

“If there was another one in this area, I think it would be fantastic,” he said.

For more information on LD 559 or to inquire about obtaining it, email jared.l.barrett@usace.army.mil.

Caption for top photo: For close to 80 years, LD 559 raised and lowered the timber wickets at Lock & Dam 52, near Brookport, Illinois. Now the U.S. Army Corps of Engineers is looking for someone to take possession of the boat for a historical display. (Photo courtesy of the Louisville Engineer District)