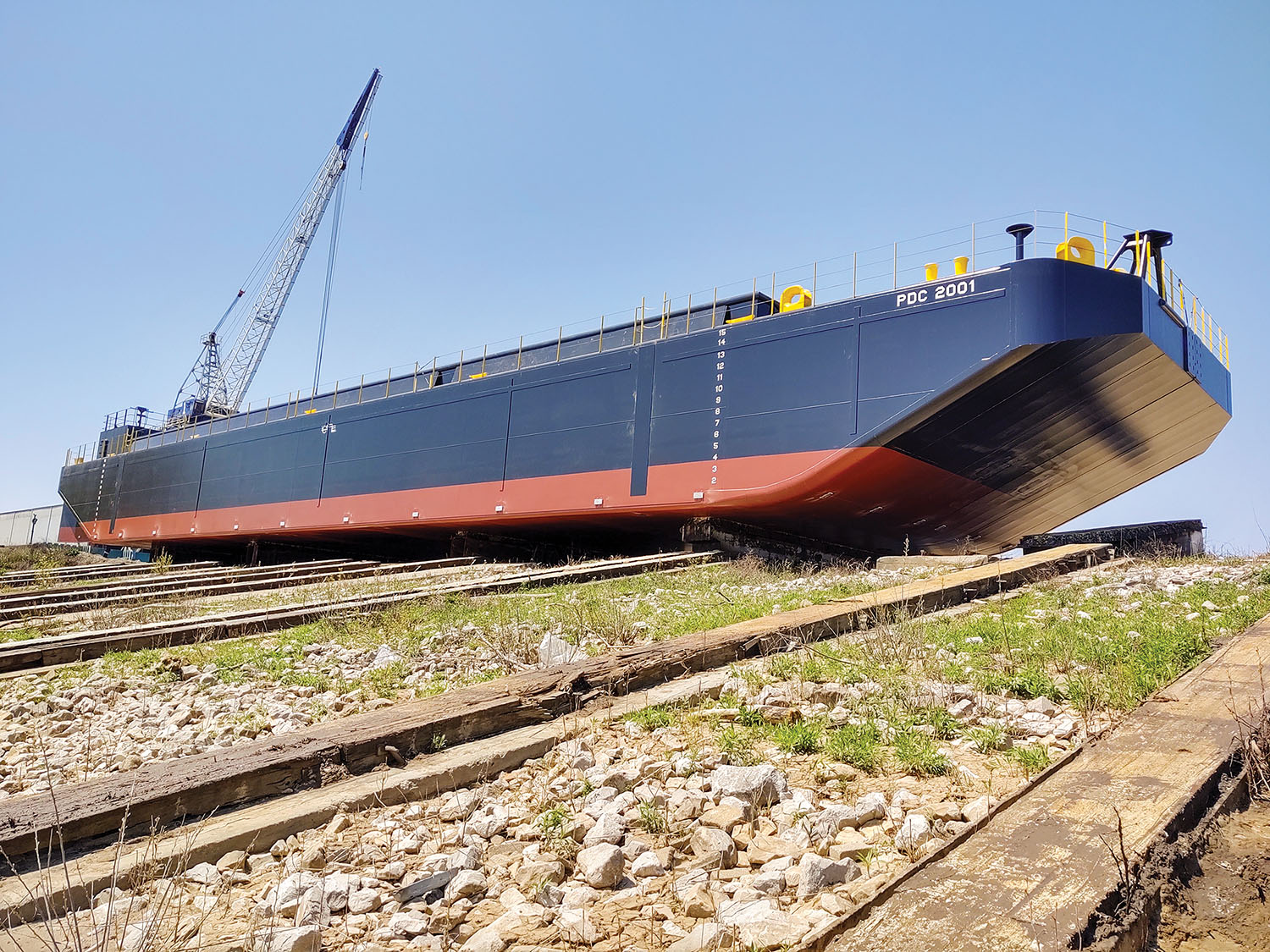 Corn Island Shipyard launched its latest split-hull dump scow barge April 16 at its facility at Ohio River Mile 734. The barge measures 200 by 42 feet and has a capacity for 2,000 cubic yards of dredging spoil dredged material. The barge was built to obtain Load Lines through ABS and will be delivered along with a sister vessel to San Diego, Calif.

The scows utilize a steel camber bar system with a secondary rubber seal to maintain cargo integrity while transporting to destination. The hydraulic system for opening and closing can be operated locally from the barge or via remote from the attending boat for safety purposes.The Shearer Group Inc. provided the design for the barge.

The two scows are expected to deliver by the end of May and begin their trip down the inland river system.

Corn Island Shipyard has built several pieces of equipment for the dredging industry over the years. Since 1995, nine dredges have been built and delivered, and currently a river dredge is under construction. Since 2001, 15 split-hull dump scows, ranging in capacity from 300 cubic yards to 6,000 cubic yards, have been built and delivered, supporting both inland and coastal dredging operations. Corn Island has also been supporting the dredging industry with dredge tender boats measuring 55 by 20 by 8 feet. Three of these vessels have been delivered for operations on the East Coast.