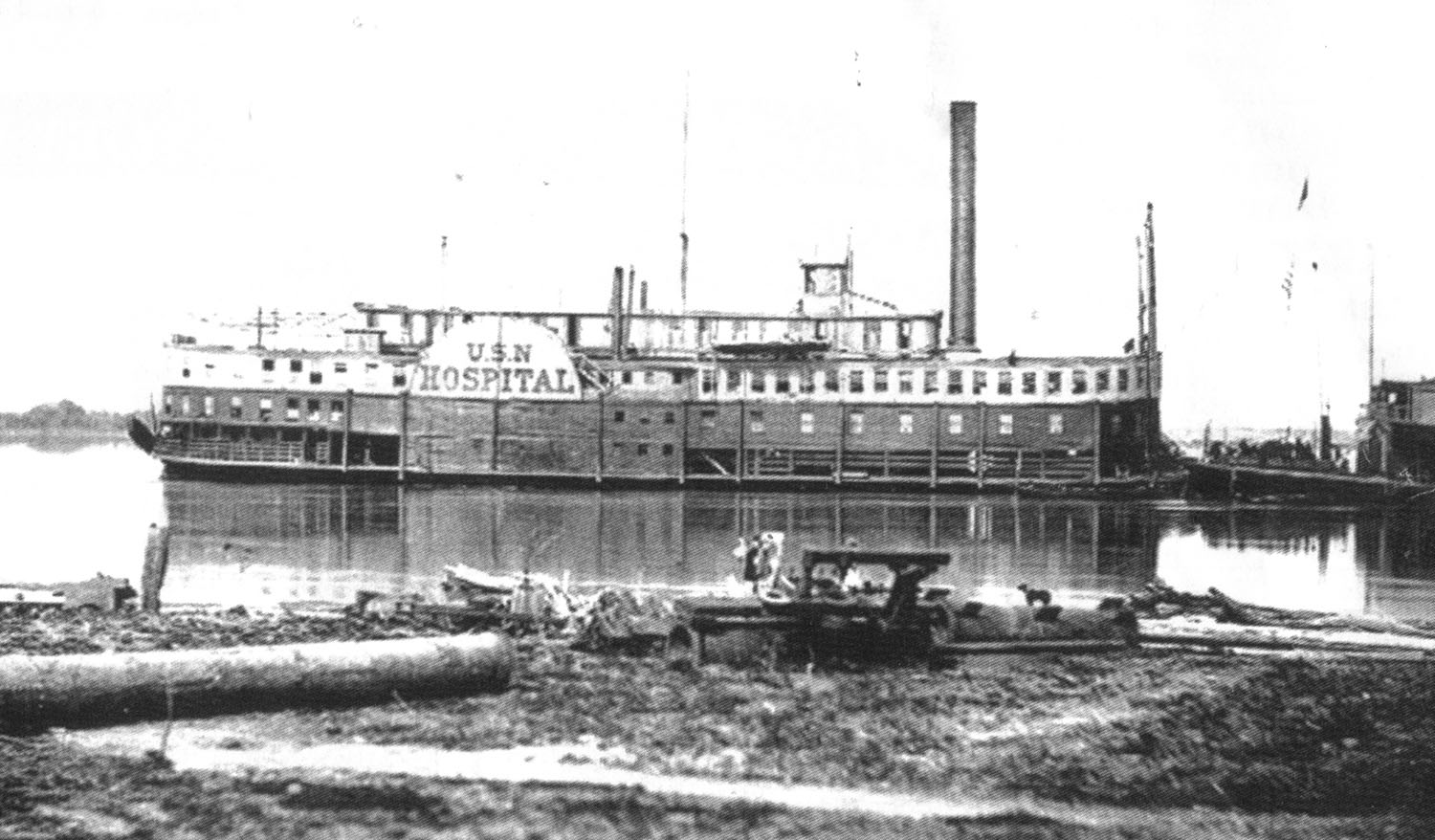 As our nation continues to battle the coronavirus, the deployment of several hospital ships to render aid at strategic ports brings to mind the fact that several steamboats were used for much the same purpose more than a century ago. Hospital boats that operated on the Western Rivers during the Civil War were the Red Rover, Empress, D.A. January, City of Louisiana and the Imperial. All were equipped by the Western Sanitary Commission.

Built at Louisville, Ky., in 1857, the large sidewheeler Red Rover ran in the Nashville–New Orleans packet trade. It was constructed on a wooden hull that measured 256 feet in length by 40.9 feet in width and had a depth of 7.6 feet. The vessel was powered by engines having 28-inch cylinders with an 8-foot stroke; five boilers supplied the steam.

Known as “Fife Major’s boat,” it was teamed up with the packets James Johnson and James Woods in 1860, with Capt. William Strong in command.

The vessel was purchased by the Confederacy on November 7, 1861, for $30,000 and pressed into transport service at Columbus, Ky., and at Island No. 10. While at the latter location, the steamboat was struck by a shell that disabled it. Tied up, the Red Rover was captured, along with three other boats lying along the Tennessee shore, by U.S. troops.

Engineers from the gunboat Mound City restored the Red Rover to operating condition, and it was promptly dispatched to Cairo, Ill. Shortly thereafter, the vessel was taken to St. Louis, Mo., where it was converted into a hospital. The conversion included the installation of bathrooms, a laundry, two kitchens, a 300-ton ice box, gauze blinds on the windows, an operating room, an elevator from the main to boiler deck, a medical dispensary, bedding, furniture and sanitary stores.

The Red Rover’s first mission of mercy was to the aid of the Mound City, which was hit by a shell to a boiler at St. Charles, Ark., resulting in many deaths and injuries. The wounded soldiers were taken to Memphis, Tenn. Sister Angela, Mother Superior of the Sisters of the Holy Cross at Memphis, volunteered the services of her order aboard the riverboat; this act of kindness was the forerunner of the United States Navy Nurse Corps. Once the wounded were removed to the Mound City (Ill.) Hospital, the Red Rover was hauled out on the Mound City marine ways for much-needed hull work, after which the boat was sent to Vicksburg, Miss.

Later, at Helena, Ark., the boat caught fire but did not sustain serious damage. Repairs were made at Mound City, at which time the decks were enclosed to permit winter service.

Early in 1863, the vessel was sent to Vicksburg and offered support during the siege; the boat was utilized in the area, making a trip to Memphis with wounded.

During the spring of 1864, the Red Rover was sent to New Orleans, distributing medical supplies along the way. Later that summer, the mission was repeated, to Donaldsonville, La., and again to New Orleans. Early in 1865, the Red Rover departed Memphis for Mound City, where the steamboat spent its remaining active duty as a United States hospital ship.

Sold at public auction on November 29, 1865, the veteran vessel was purchased by A.M. Carpenter for $4,500. Never to run again, the heroic steamboat was ultimately scrapped.