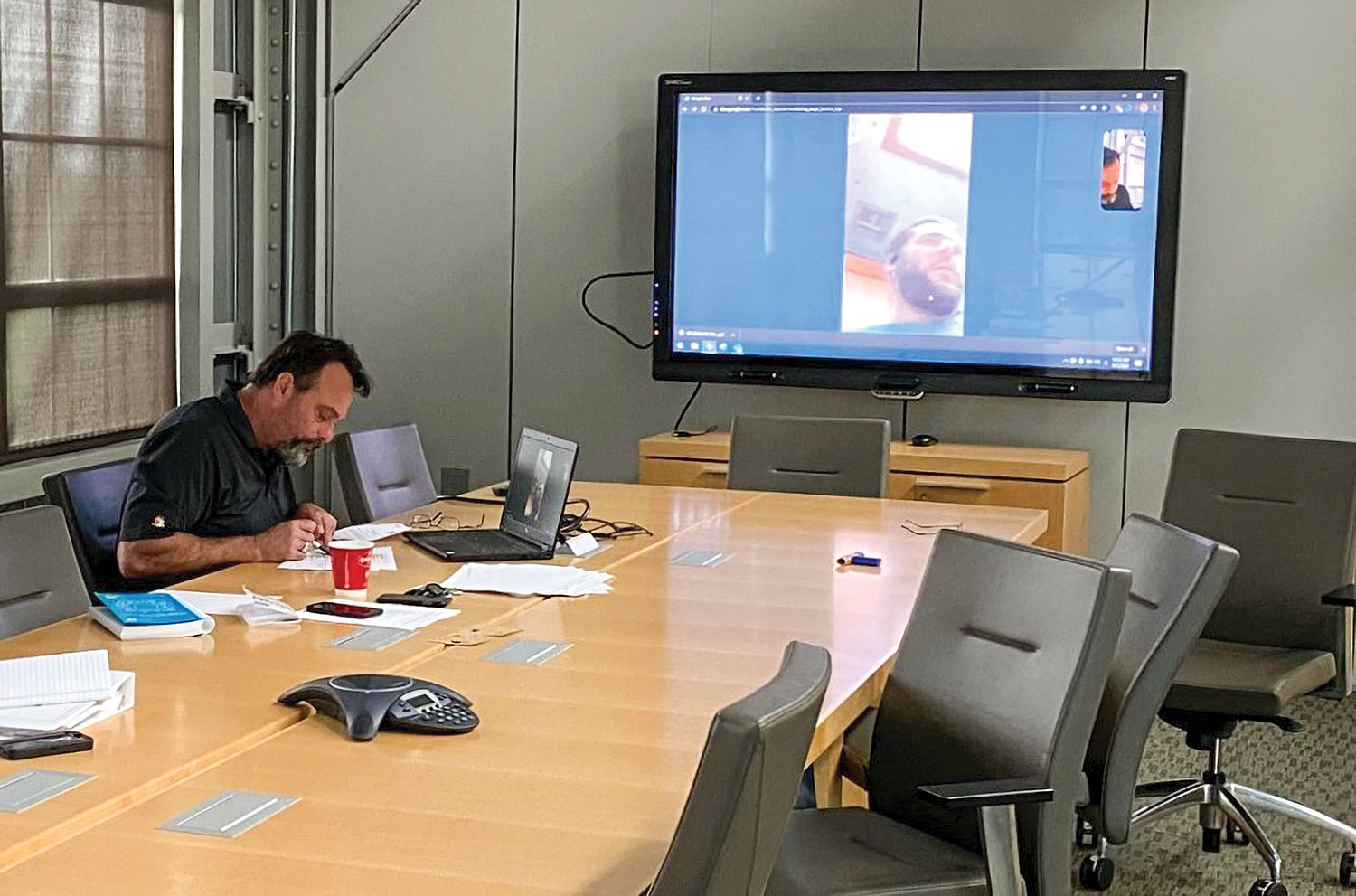 While much of American society feels like it’s at a standstill due to stay-at-home orders aimed at slowing the spread of COVID-19, the maritime industry marches on, with mariners aboard towing vessels continuing to transport barges loaded with essential cargoes on the nation’s waterways, even with social distancing measures in place.

While those restrictions affect everything from crew changes and cargo transfer to supply deliveries, a less obvious impact of COVID-19 involves challenges to conducting the audits and surveys laid out in Subchapter M. The regulation requires a vessel already with a certificate of inspection (COI) to have an annual survey and internal audit, which are usually conducted in person by shoreside personnel or a representative from a third-party organization (TPO). Likewise, towing companies must achieve COI inspections for a quarter of their fleet each year during the four-year phase-in period (between July 20, 2018, and July 19, 2022), which means the year-two deadline is fast approaching.

“By then it was very, very clear things were going to be shutting down,” Foret said. “Some things had already begun shutting down.”

Then, when the U.S. Coast Guard began issuing Marine Safety Information Bulletins related to COVID-19 in late March, TVIB posted its formal guidelines for audits and surveys, both for conducting virtual activities and for requesting extensions. As with a typical audit or survey, companies must submit a virtual activity request at least two weeks prior to the activity.

Turn Services, a New Orleans-based barge fleeting and shifting company with a fleet of about 40 towboats, is one of TVIB’s clients that is conducting virtual activities. Paul Dittman, a retired Coast Guard captain and vice president of compliance for Turn Services, said that with so many unknowns regarding COVID-19, he and Bob Mueller, senior vice president of compliance, security and safety for Turn Services and also a retired Coast Guard captain, knew they wanted to keep their regulatory program moving forward as seamlessly as possible.

“We weren’t sure how long this COVID-19 national crisis would be in effect, so we leaned forward as soon as we saw TVIB publish guidance that virtual surveys were potential options,” Dittman said.

Dittman said he first took a fresh look at TVIB’s survey checklist, with an eye toward how best to expedite the process remotely. He color-coded the checklist, dividing the vessel into four primary areas: wheelhouse, deck, galley and sleeping areas, and the engineroom.

“When we conduct the survey, we’re able to start basically at the top of the vessel, look at everything germane to the wheelhouse, then work our way down,” Dittman said. “The idea is to minimize the impact on the marine crew as much as possible. My mindset is the buildings are here to support the vessels, not the other way around. The crews are busy enough conducting their daily operations, so I want these surveys to be very thorough but also very efficient.”

Turn Services uses Google Duo to conduct virtual activities, with the captain aboard a vessel using a mobile device to communicate. Dittman uses his laptop from the office, with the video also streamed on a monitor. The captain or mate is able to wear earbuds during the survey and can even place hearing protection over their ears while on the call.

“That way they can safely go into the engineroom during the survey to show us very specific items in the engineroom,” Dittman said.

Dittman said another innovation he introduced to the process was to send the captain ahead of time a list of documents to be recorded as part of the survey and a list of the types of things to be checked during the video call.

As of the end of April, Turn Services has conducted five virtual surveys and hosted a team of Coast Guard inspectors who performed a virtual COI inspection for the mv. American Pharoah.

“The crews seem to like it,” Dittman said. “We’ve had very positive feedback from the vessels.”

Dittman added that the only limiting factor so far has been sufficient cell phone service. For instance, Turn Services’ mv. Citation was near Calcasieu Lock last month for a scheduled virtual survey. The survey had to be shifted from the morning to the afternoon, at which time Citation was in an area with better coverage.

“The long pole in the tent and the Achilles heel of this is whether you have adequate cell phone coverage to conduct the survey,” Dittman said.

Asked whether virtual activities could be the future of vessel audits and surveys, Dittman said it could definitely be a tool for consideration on a case-by-case basis in the future.

“Let’s be honest:it’s always better to have boots on the ground and face-to-face interaction,” he said. “However, I do believe that we can conduct a thorough survey utilizing this method as needed, when needed. So if there’s an opportunity when a vessel is in a very remote area and difficult to get to, this is a potential option on a case-by-case basis even after COVID-19 is past.”

Foret said, for now, she sees virtual activities as limited to “while we’re in this scenario with the pandemic.” To that end, TVIB is only issuing approvals for either extensions or virtual activities through June 30, with the possibility of extending that window if needed.

However, she said there is an upside to this forced trial-run of virtual activities.

“If all goes well and the reports and performance afterward indicate this was successful, it does make it a lot more palatable,” she said.

Foret added that she’s recommending that all audits and surveys conducted virtually should be clearly labeled as such for future reference.

“I think it’s incumbent upon all parties to ensure that, if we’re ever looking back on this document, we know the context in which it was prepared,” she said.