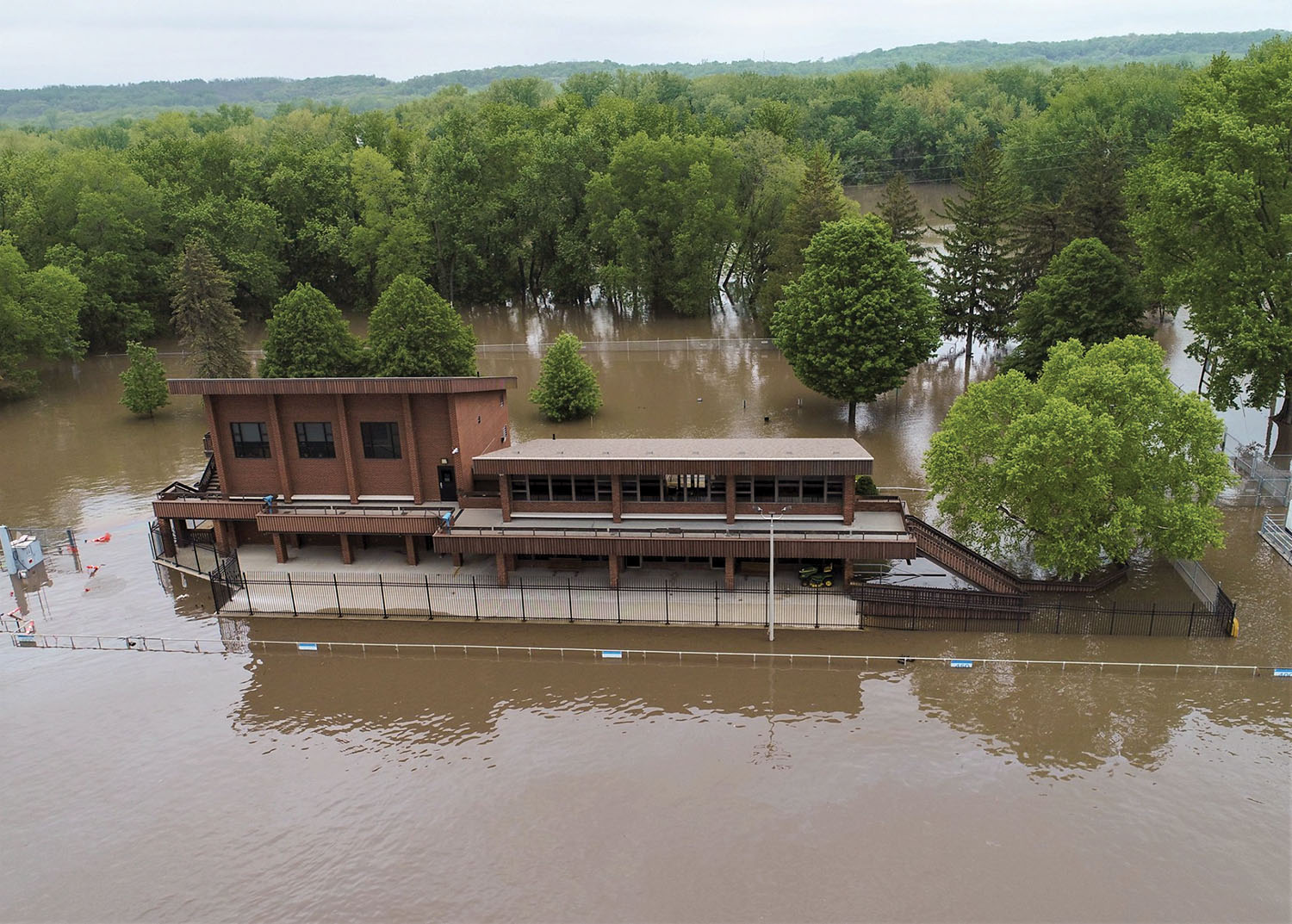 A barge that had broken loose from the ADM Terminal at Mile 243.3 on the Illinois River  May 18 lodged against a shore pier at the Veterans Memorial Bridge in Ottawa, Ill., and was retrieved next day. The half-loaded barge was reported missing at about 3 a.m. May 18 and then tracked. The Illinois Department of Transportation, U.S. Coast Guard and Ottawa authorities worked together to remove the barge, along with vessels from ARTCO Ottawa, according to the Coast Guard. No injuries or leaks were reported, and the bridge remained open to car traffic during the removal.

In Peoria, Ill., the Illinois River threatened to cross the railroad tracks at the River Station. Peoria Public Works crews and flood fighters told local news sources on May 20 they are continuing to extend a six-foot and growing wall of sandbags along the rear of the River Station. The river near Peoria had risen two feet within a 24-hour period. The National Weather Service forecast the river would crest at Peoria at 27.7 feet by the morning of May 22.

On the Upper Mississippi River, the auxiliary chambers of Locks and Dams 14 and 15 were closed May 20 due to high water.

In Alton, Ill., the heavy weekend rains pushed area rivers into flood levels. At 10 a.m. May 17, the National Weather Service recorded 3.42 inches of rain over a single 24-hour period in Alton, with flash flooding reported in several communities. The nearby riverside town of Grafton, Ill., recorded 2.11 inches over 24 hours.