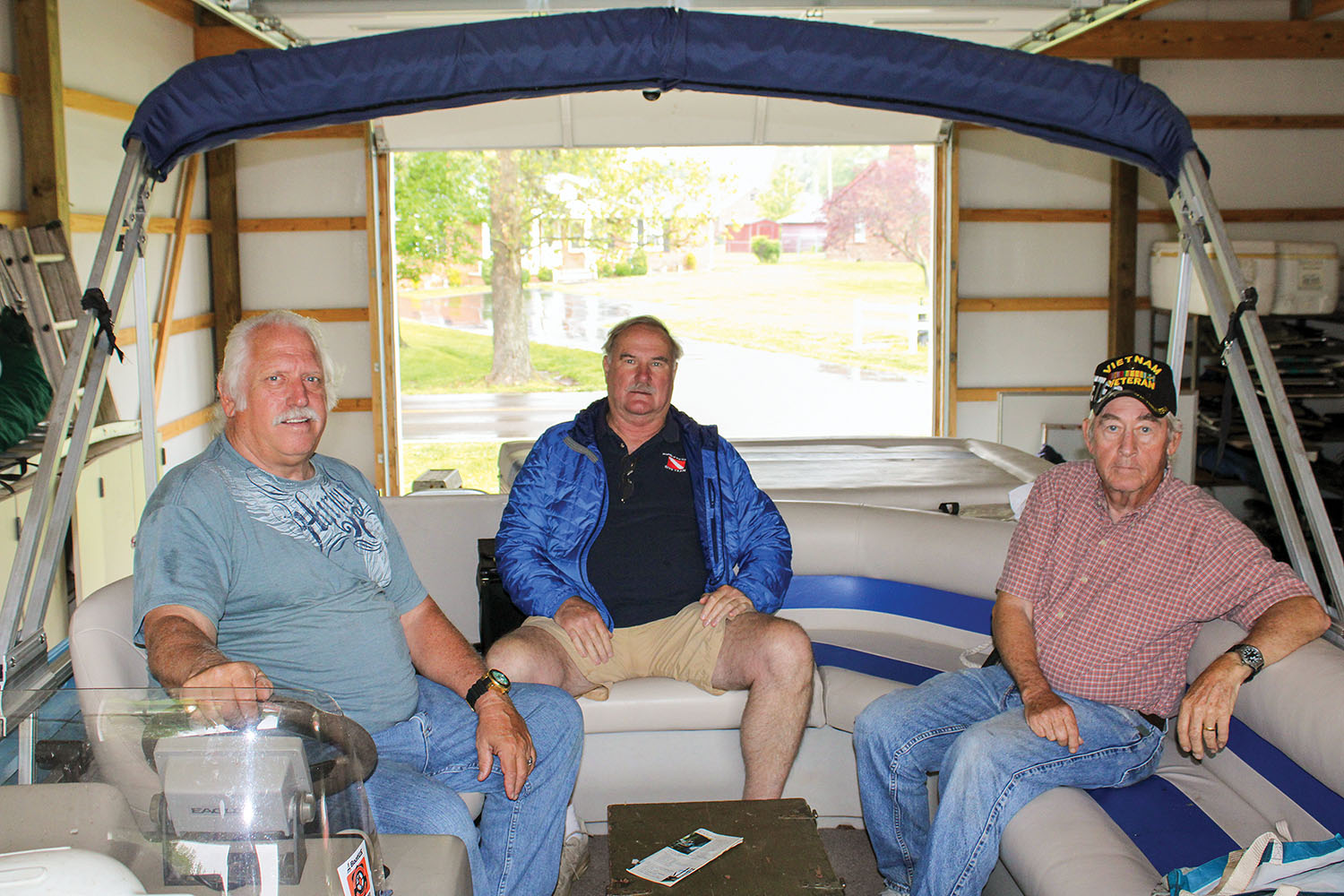 The men, all long-time friends from Paducah, decided the weekend was the perfect time for the trip as it is the traditional start of the summer boating season. They planned to cast off in Knoxville, Tenn., at 8 a.m. May 23 and spend the next week or so on the water, stopping now and again at marinas, hotels and restaurants to promote the use of the river and enjoy many of the available amenities.

Capt. Bob Cherry Jr. suggested the trip on his 21-foot pontoon boat—named My Cheri after his wife—as a way to promote Explore TRV and the Tennessee RiverLine Project.
Explore TRV is an online map guide developed in association with National Geographic and the Tennessee Valley Authority. It includes lists of activities, lodging and itineraries for trips throughout the river valley and serves as a concierge service for those looking to take a trip in the valley by land or river.

The Tennessee RiverLine is a grant-funded project meant to develop trail systems by land and by water connecting an initial five cities the length of the river, said Katie Axt, who oversees the project for the city of Paducah.

Along the way, various tourism officials and local media members are invited to hitch a ride on the boat or come alongside the pontoon on their own boat to take photos or videos and enjoy a portion of it.

Graham said daily updates will be posted at the Explore TRV Facebook page and photos will be added to the group’s Instagram account. Following the trip, the Explore TRV website (tennesseerivervalleygeotourism.com) will post a special “Capt. Bob’s” trip plan highlighting sites where they stopped along the river.

Cherry, 70, of Paducah, Ky., said what appealed to him about the trip is promoting river travel in a way that is not out of reach for the average boater.

“I’m doing it on a pontoon because that’s the average man’s boat,” he said.

Cherry calls himself “a long-term river rat.” He is a licensed captain and spent much of his career performing commercial salvage diving, including as owner of Capt. Bob’s Diving & Salvage. Along with him are his friends Sherman Jones, 66, and Sterling Edwards, 76, both also of Paducah. It is not their first river adventure. The men participated in various parts of the “Journey of Remembrance” in 2008, floating 1,085 miles down the Ohio and Mississippi rivers by pioneer-era flatboat to recreate a young Abraham Lincoln’s 1828 journey to New Orleans, La.

Edwards’ river history goes back to when he was 10 years old, when he had his own boat with a 10 hp. motor and went up and down the river catering to mariners. His role as deckhand and cook aboard My Cheri is not entirely new either, he said. He served as an executive chef in the Army during the Vietnam War era, at one point cooking in the U.S. Embassy in Paris, France.

Jones is Cherry’s first mate. His experience on the river includes a trip by himself from Paducah up the Tennessee and Clinch rivers in the early 1990s to Oak Ridge, Tenn.

Journeying the length of the Tennessee River together on a pontoon boat is what Cherry calls a “bucket list” trip, however.

Jones said he is eager to share the natural beauty of the region, especially that of the Tennessee River Gorge in the area around Chattanooga, Tenn.

“Here we’ve got it in our own back yard, and if you’re not from Chattanooga, you don’t know anything about it,” he said.

It will also be educational, he said, talking about how the trip will allow people to see how to go through a lock, for example.
Besides, he said, “If you’re going to live in this end of the world, you should know where your river comes from.”

The boat will have an extra fuel tank for the trip, allowing the men to go up to 100 miles between fill-ups, just in case they arrive at a marina after fueling hours; an extra depth finder; a wash-down pump that can provide makeshift showers; and a marine radio in case of emergencies. They also plan on bringing a tent in case they spent the night tied up to a riverbank instead of in a hotel or in case of inclement weather.

“We’re not trying to set the speed record,” Jones said, then laughed a little. “If three old farts can do it, anybody can do it.”

Cherry smiled and said, “It’s going to be just a wonderful little trip.”