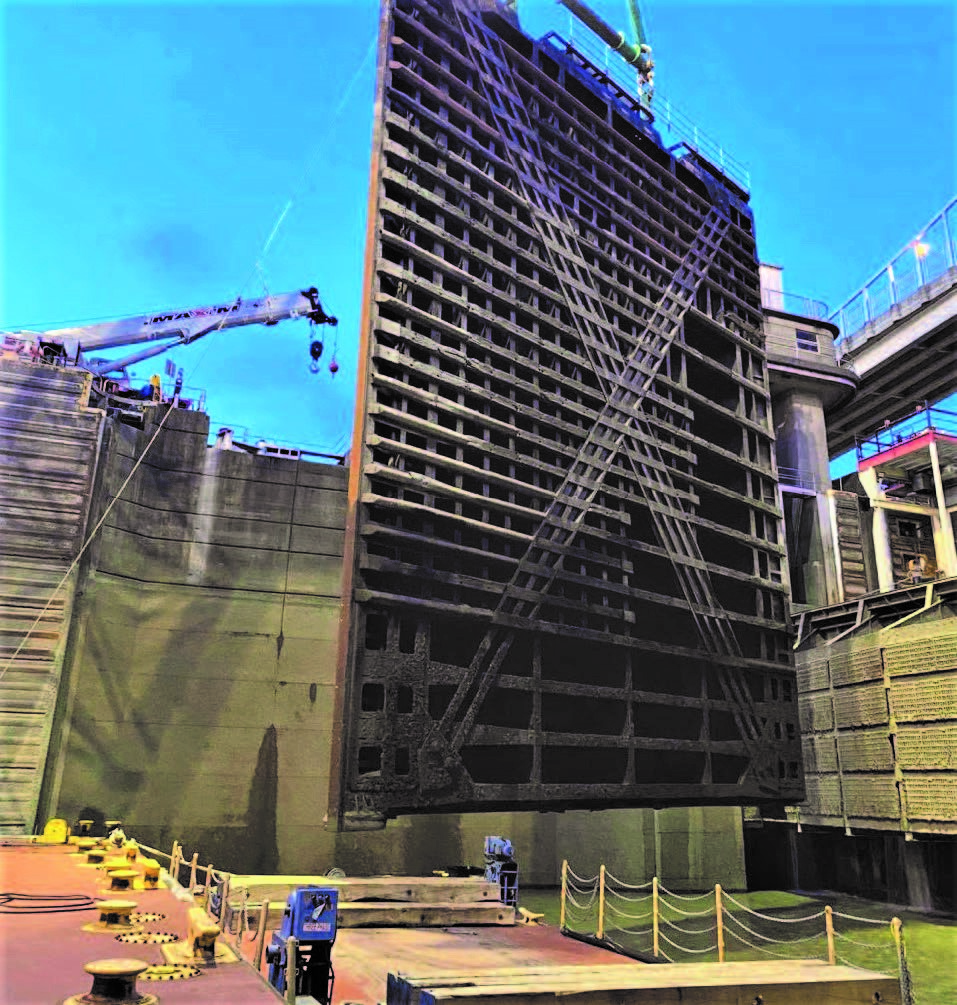 Cranes lifted miter gate leaves high in the air as a five-month closure of the north lock chamber got underway recently at McAlpine Locks and Dam in Louisville.

The 1,200-foot north chamber closed June 15 and is expected to remain closed through Nov. 13 for miter gate replacement. During the closure, all traffic is passing through the south, 1,200-foot chamber. The dam is located at Ohio River Mile 604.5 at the northwestern end of Louisville. The lock chambers are on the Kentucky side of the river at Mile 606.8.

All mariners are to take direction from McAlpine Lock operators, who can be reached either on channel 13 or by calling 502-774-3514.

The temporary lock closure is allowing replacement of the miter gates and related equipment on each end of the north chamber to increase reliability and efficiency, according to the Louisville Engineer District. Simultaneously, a contractor will replace the floating mooring bitt tracks to increase safety for vessel traffic.