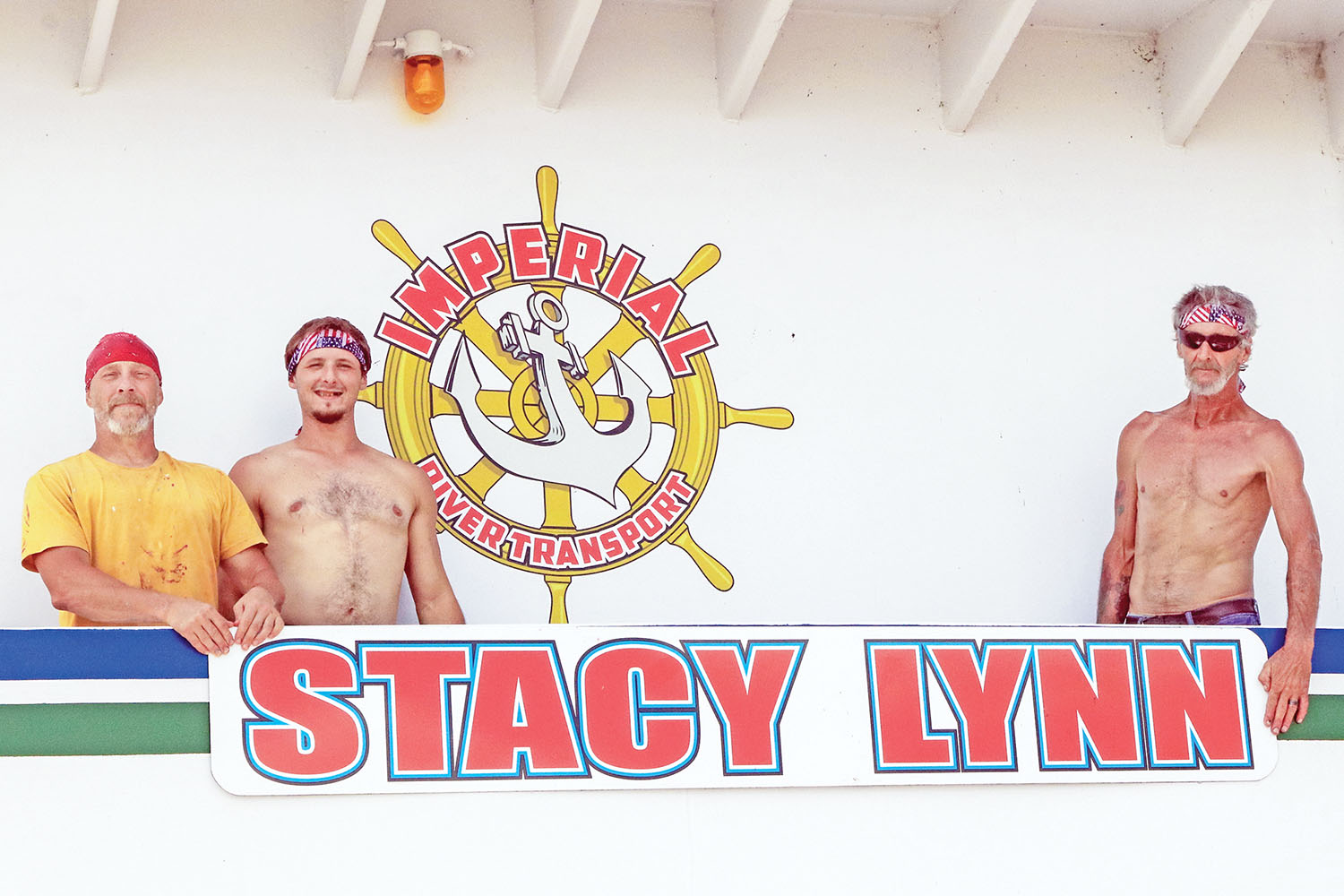 The venerable Daytona, a fixture in the liquid trade for most of its 46-year history, is entering a new chapter in its life as the Stacy Lynn upon joining the growing fleet of Imperial River Transport LLC, Belle Vernon, Pa.

The attractive vessel with its distinctive profile was purchased by James Spivey, who operates Knight Manufacturing Corporation, River Assets LLC and other companies at Rosiclare, Ill., and is being transformed into the new operator’s color scheme at Spivey’s River Enterprises dock on the Ohio River at Cave In Rock, Ill.

The 4,600 hp. towboat joins two others in the Imperial fleet that came from Kirby in recent years with the sale of the former L.C. Williams in 2017 and the former City of Redwood in 2019.

The latest addition debuted in 1976 as the Gopher State for Midwest Towing Company but was renamed the Daytona in honor of the famous NASCAR raceway upon joining the former Scott Chotin Inc. fleet two years later.

The former L.C. Williams, renamed Hailey Nicole by Imperial, came out new in 1981 as the Pocono for Scott Chotin Inc., also named in honor of a famous raceway. The former City of Redwood, originally the W.F. Fredeman of Port Arthur Towing Company, was renamed Miss Ivy Brynne by Imperial.

The Stacy Lynn is named in honor of Stacy Lynn Davis, Imperial’s operations manager who has worked with owner David Johnson for more than 20 years. “It’s such an honor,” she remarked. “He’s one of my best friends and I honestly, don’t know what I’d do without him.”

The 140- by 38-foot vessel was built by Halter Marine Services at Lockport, La., and is powered with a pair of GM 12-645E5B diesels installed in 1978 and with the exception of its first two years, has spent its career in the liquid cargo trade.

The newly purchased vessel arrived at Cave-In-Rock on July 21 following a trip light boat from Greenville, Miss., where the current crew picked it up to begin the transformation to a new paint scheme and addition of new name boards and stack logos. It is expected to be there for about two weeks before being assigned to new duties, possibly along the Lower Mississippi River.

On board for the trip from Greenville were Capt. Tom Kasunic; pilot, Steve Vanover; chief engineer, Gus “Punkin” Owings; and father-son team Terrance “Terry” Mullins and T.J. Mullins. The crew spoke highly of the vessel, stating it has been kept up in very good condition throughout its years in the Kirby fleet and they are looking forward to seeing it back in operation.

“They sent the ‘A Team’ down here to get her ready,” Owings remarked during a break while painting the new Imperial color stripes along the lower deck.