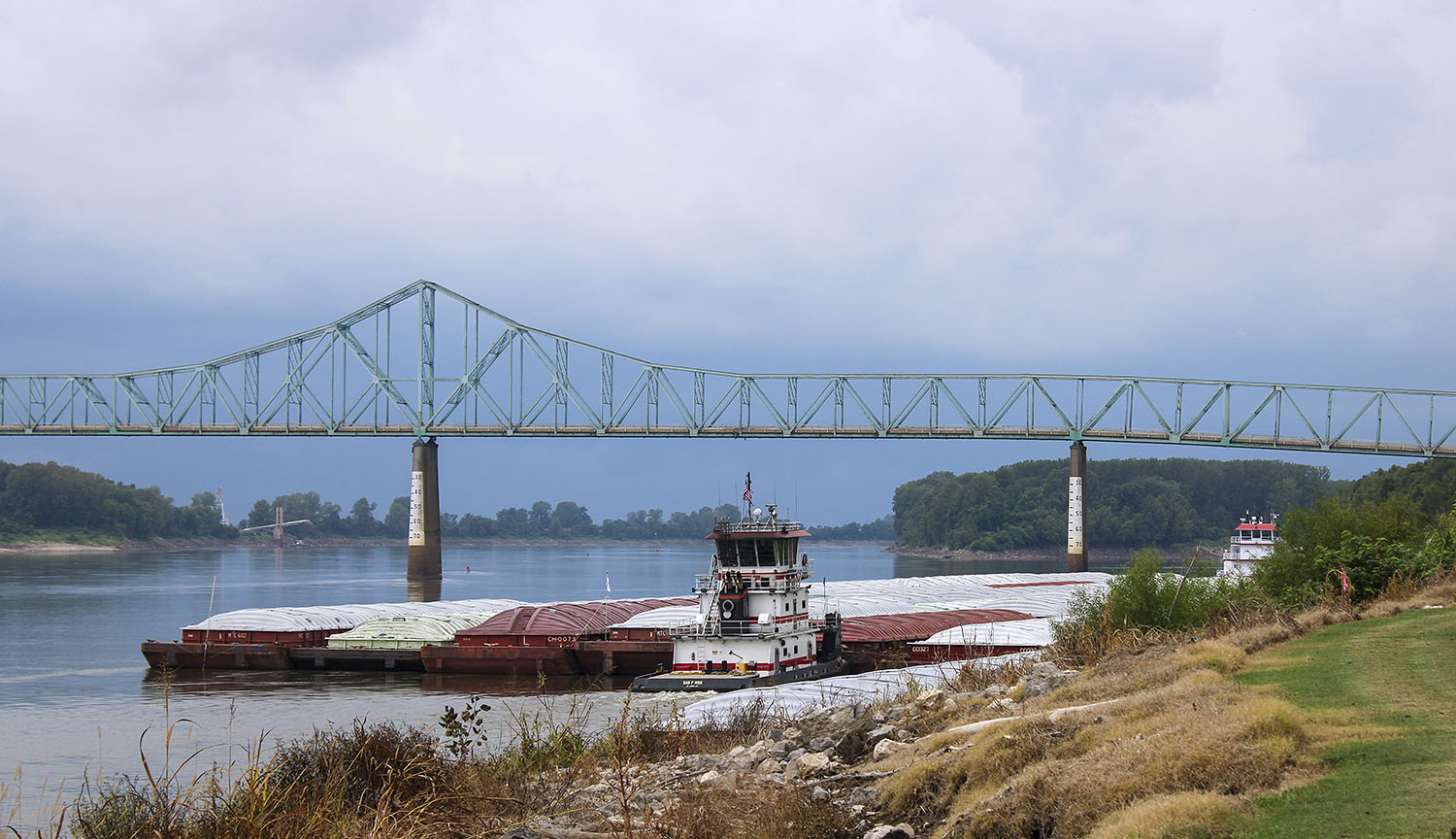 Four western Kentucky counties have joined forces with hopes to build a riverport just south of the confluence of the Mississippi and Ohio rivers as part of their economic revitalization efforts.

The Western Kentucky Riverport Authority registered with Kentucky’s secretary of state as an official entity in July 2019. It replaced the Ballard-Wickliffe Port Authority, a single-county effort to establish a port that Ballard County had led for about 10 years beginning in 1992, Ballard County Judge Executive Todd Cooper said.

Ballard, Carlisle, Hickman and Fulton counties are now working together to establish the port at one of three sites in Wickliffe, Cooper said. The preferred site is on property belonging to Phoenix Paper, located at Lower Mississippi Mile 950.2, where Mayfield Creek flows into the Mississippi River. It is just south of the confluence, which is at Mile 953 of the Lower Mississippi and Mile 0 of the Ohio River.

Phoenix Paper reopened the mill last year. The mill had formerly operated as Westvaco, MeadWestvaco and Verso before being shuttered in July 2016. One of the former operators used three Mississippi River mooring cells, which are still in place and accessible from property the riverport authority has optioned, Cooper said.

A site study is also looking at two other sites: where Beech Creek flows into the Mississippi at Mile 951.4 and where Willow Creek flows into the Mississippi at Mile 951.5, said Bill Miller, who the riverport authority is working with as a consultant. Miller was most recently executive director of the Paducah/McCracken County Riverport Authority in western Kentucky and also has decades of experience in roles at the Port of Virginia.

The Corps of Engineers completed a federal interest determination study between February and October 2019 concerning a need for a port at the location. The next step, Cooper said, is an economic feasibility study. The riverport authority has contracted with Commonwealth Economics to complete the study with funding from a U.S. Department of Agriculture grant as well as from the Delta Regional Authority and local economic development funds. The study will also help to determine which of the three sites to move forward with and whether to build a slackwater or in-stream port, Miller said. Cooper said the study is expected to be complete by November. An archaeological study is also being completed simultaneously, as a local land owner has notified the riverport authority of historic Native American activity on nearby property. Results of both studies will be submitted to the Corps of Engineers for guidance moving forward.

“We’re hoping next April or May potentially that we can have some answers and be able to know where we’re headed,” Cooper said.

The optioned Phoenix Paper site is roughly one-half mile west of the paper mill, Cooper said. It is roughly 40 to 50 acres and includes about 2,000 feet of river frontage.

“We’ve had two different companies reach out wanting to partner with Phoenix Paper and do some off-loading and on-loading onto their property, using their (mooring) cells,” Cooper said.

The riverport authority worked with Phoenix Paper for 18 months to secure the option, he said, adding that it involves a long-term lease and includes a contingency by which the mill could prohibit competitors from locating at the port. Cooper stressed repeatedly that the port authority does not want to take any action that would negatively impact existing businesses in the area and that the point of the port is to generate the possibility of local business expansion as well as investment from outside of the area.

“Phoenix Paper has been a great partner,” he said.

Other businesses with local ties may also have use for a nearby port, Cooper said, noting that six river-related companies are physically located on the Mississippi River at Wickliffe and that others have company headquarters in Paducah but use the riverfronts at Wickliffe or Cairo to move products.

“They don’t care about county lines,” Cooper said. “They’re interested in moving products as best they can, as cheaply as they can to keep people working and also make a profit.”

Cooper said he has also spoken to another local company involved in the transportation of minerals and aggregates that might be interested in moving some of its products by barge.

“At this point Phoenix Paper is still reviewing the need and desire for a port,” Phoenix Paper human resources manager Jason Brown said. “We do not have immediate plans to get started on this project.”
However, he added, “In the future, depending on total volume Phoenix desires to move, along with needs of the local business community, we may have an interest to partner and start the project if it makes sense.  At this time, we simply are not at that stage.”

Cooper said other businesses, declining to name names but saying they are from states including Illinois, Texas and Louisiana, have reached out to the riverport authority with a desire to invest in it.

“That’s one of the reasons we’re trying to move as quickly as we can with this, because time is of the essence,” Cooper said.

Illinois Gov. J.B. Pritzker announced last month that the state of Illinois is providing $40 million to the Alexander-Cairo Port District for the establishment of a 350-acre riverport in southern Illinois near Cairo, just upstream of the confluence at Upper Mississippi Mile 5.7 on the left descending bank. The area is commonly known as Eliza Point. The Kentucky port officials say that rather than creating competition, a second port in the area provides more opportunity for customers interested in doing business near the rivers’ confluence. Cooper called it a win/win situation, noting how both projects will help bring about good-paying jobs to the area’s workforce.

“We’re excited and happy for Cairo for their development,” Miller added.

David Rambo, chairman of the Western Kentucky Riverport Authority, said investment from the maritime industry will be key to developing the port.

“One of the main things we want to make sure of is that this is a project that is self-sustaining, self-supporting,” he said. “We’re not wanting to burden local taxpayers with a bond issue or anything like that. We want to make sure this makes economic sense, that for potential users of the port that this would be a good enough cash benefit to them that they are interested in investing in the project.”

Rambo said the idea for the port is to leverage the river as one of the largest potential assets of far western Kentucky. He talked about opportunities for bulk and break-bulk materials as well as container-on-barge.

He also was not concerned about the Cairo development.

“We think it would be wonderful to have ports on both sides and give potential customers options,” he said.

Additionally, Rambo said, the region has a good existing rail network and nearby access to interstates 57, 24, 55 and 69.

The Kentucky Transportation Cabinet has also announced plans to replace the bridge carrying traffic between Wickliffe and Cairo within the next few years. Rambo said the port authority is urging the construction of a four-lane bridge.

“That bridge is a bottleneck, and if we’re going to have ports on both sides of the river that would be a real economic boost to this end of the state,” Rambo said.

With a year-round, ice-free port and no locks on the Lower Mississippi between the proposed port and the Gulf of Mexico, Rambo said companies may be interested in shipping their products up the river using container-on-barge services, then off-loading the containers for rail or highway transport throughout the country.