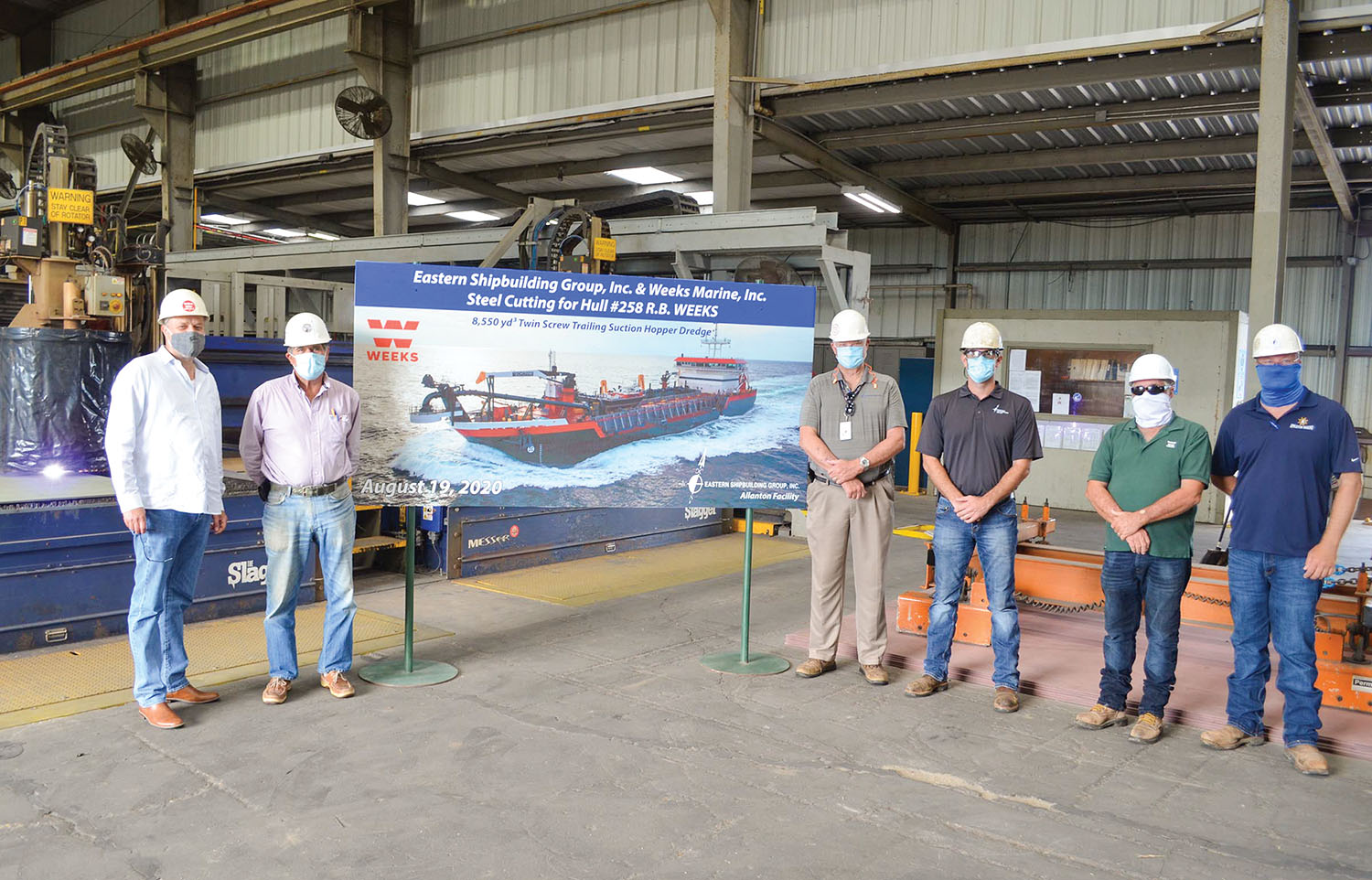 Representatives from Eastern Shipbuilding Group and Weeks Marine gathered at Eastern’s Allanton Shipyard in Panama City, Fla., August 19 to celebrate the steel cutting for the R.B. Weeks, a forthcoming trailing suction hopper dredge. The event came about four months after the two companies signed a contract for the construction of the new dredge.

The R.B. Weeks will have a hopper capacity of 8,550 cubic yards, matching the Magdalen as the largest in Weeks’ hopper dredge fleet.

“Despite the pandemic, the dredging market has remained strong,” said Stephen Chatry, senior vice president and general manager of Weeks Marine’s dredging division. “The R.B. Weeks will enhance our competitive position as we grow our company to meet the nation’s navigation, shore protection and coastal restoration needs. We especially look forward to another successful partnership with Eastern Shipbuilding.”