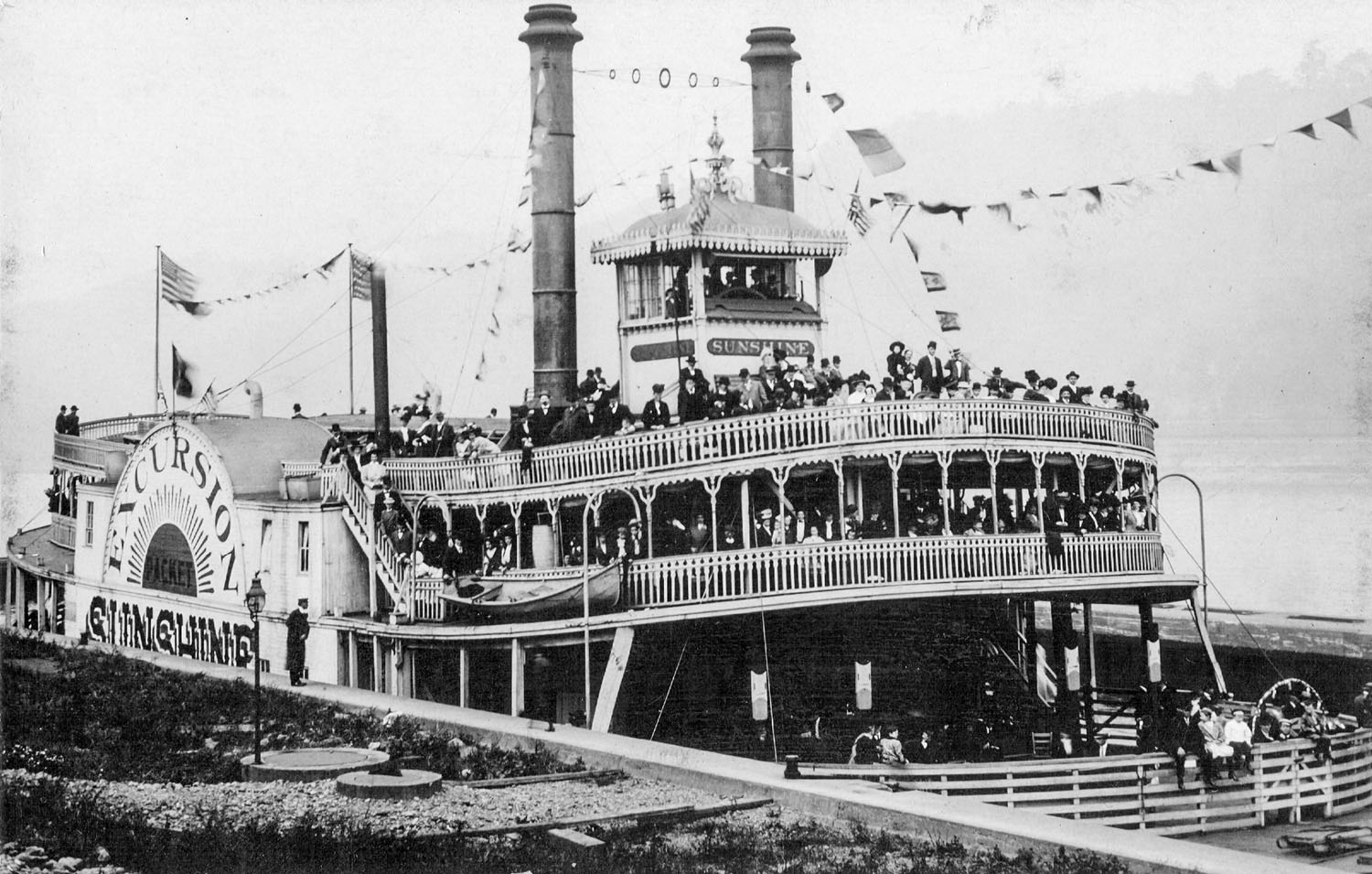 One of this writer’s favorite steamboats built by the Howard Shipyard at Jeffersonville, Ind., was the Sunshine.

Launched on May 3, 1888, for a contract price of $21,750, the wood-hulled vessel measured 175 feet in length by 37 feet in width. Three boilers provided steam to engines having 18-inch cylinders with a 6-foot stroke. Owned by the Louisville & Jeffersonville Ferry Company, and a subsidiary, the Fern Grove Amusement Company, the sidewheeler operated in that region for nearly 20 years.

Intended primarily for excursion work, the steamboat often provided ferry service between Louisville and Jeffersonville as the need arose. According to a log kept by Capt. Madison Dugan, who served aboard the Sunshine for two decades, the new steamboat made its trial trip on May 7, 1888, pleasing its owners by surpassing all expectations and being deemed fast. Dugan wrote river news at Louisville from 1886 until 1917, when he was murdered during a robbery attempt aboard the ferry George Rogers Clark.

The riverboat roamed the Ohio from Cincinnati to Brandenburg, Ky., (40 miles below Louisville) and on June 24, 1901, delivered a crowd from New Albany to the latter town in order to see a melodrama aboard the showboat Grand Floating Palace. The Sunshine often ran from Madison, Ind., to the Fern Grove Amusement Park (14 miles above Louisville) offering excursions to Carrollton and Vevay. Another frequent route included excursions from New Albany to the Sugar Grove Amusement Park, some 12 miles downstream. My paternal grandmother told me of riding the boat to the common, with siblings and friends, against the wishes of her religiously strict mother, who viewed the park as a place of evil, despite the fact that only soft drinks were sold there and it was the site of many church picnics.

The Sunshine was sold during the summer of 1907 to the Cincinnati Packet & Amusement Company for the sum of $8,500. The home port of the boat changed from Louisville to Pittsburgh in 1910 under the ownership of Capt. William McNally. Extensive alterations were made, including new boilers, light plant and dance floor; the steamer was then licensed to carry 1,000 passengers.

After the McNally family was plagued by tragedy (two of the children died within a two-week period, followed by the captain himself) the riverboat was sold in 1921 to the River Excursion Company at Cincinnati and renamed Princess. Managed by Capt. William Roe, the boat operated mainly at Cincinnati and Louisville, often serving as a spare boat during peak seasons for the Coney Island Company. Well-known New Albany musician Harry Stocksdale (who attended the same church as this scribe’s family) frequently presided at the calliope.

On the night of January 5, 1928, while laid up for winter at Jeffersonville above the Howard Shipyard, fire broke out aboard the Princess. The flames parted the lines, and the boat soon broke loose, quickly drifting down through the Louisville harbor, with numerous small boats in pursuit. After the burning riverboat, spectacularly ablaze from stem to stern, was stopped 25 feet from shore, Louisville firemen fought the raging conflagration until the water-logged hull turned over and sank at 3:30 on the morning of January 6.

Caption for top photo: The Sunshine in a lock with excursionists aboard. Note the ornate pilothouse. (Keith Norrington collection)