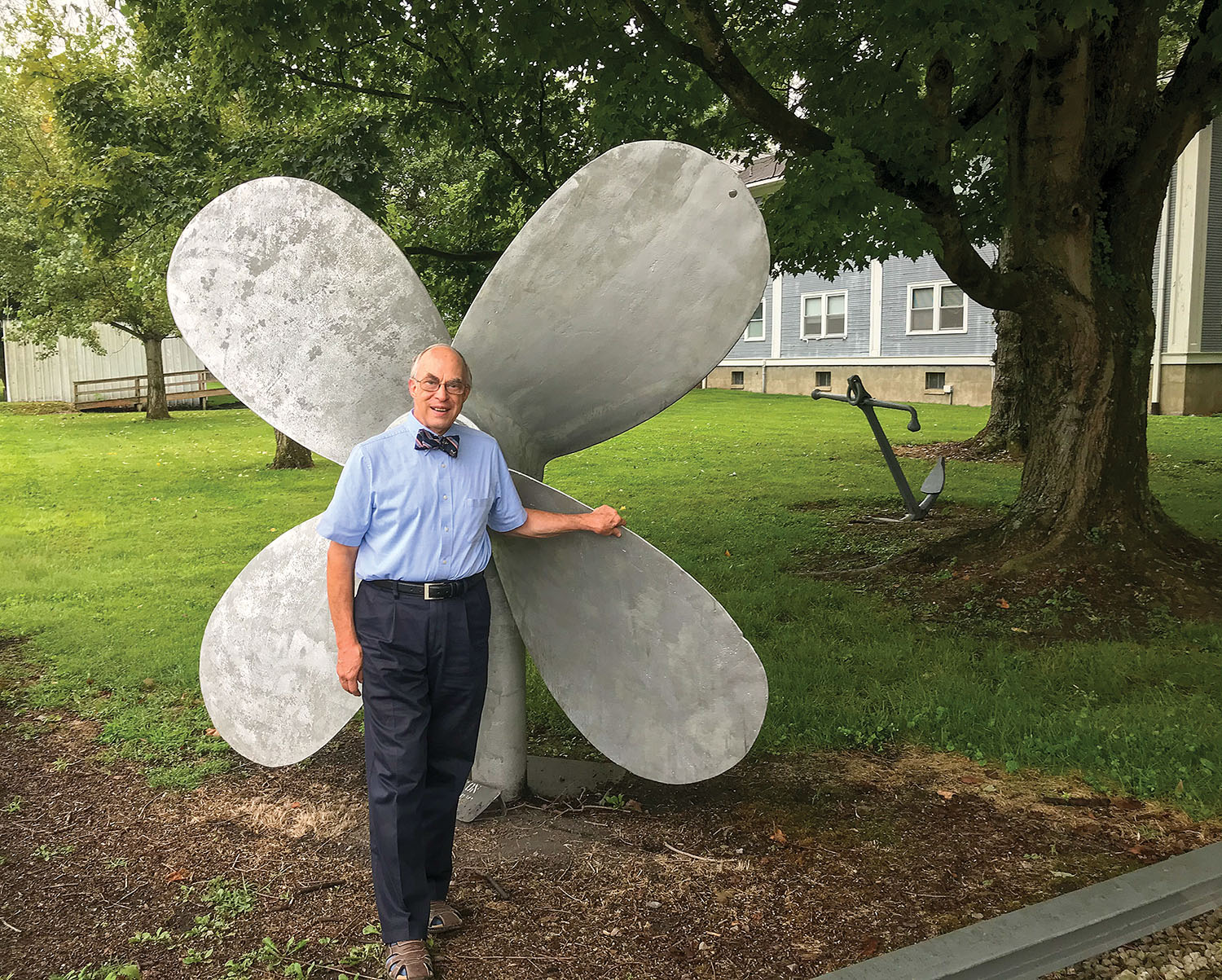 During two unusual back-to-back, 15-hour days crammed with meetings with crew members of his company’s vessels, Bill Barr paused long enough to talk about his lifelong career on the river. He is the vice president of safety and compliance for Amherst Madison Inc., which was founded in 1893 and has been in the river business since the 1940s. The company, headquartered on the Kanawha River at Mile 64 in Charleston, W.Va., also has a shipyard at Gallipolis, Ohio.

Evidence that those long days pay off for Amherst can be found in the current record of 252 days (and counting) that are free of any personal injury. Add to that the fact that there have been zero fall-overboard incidents and zero spills year-to-date, said Barr, and the record is even more impressive.

“I may be the one trumpeting safety,” he said, “but it’s the guys on the boats who make it happen. They are working as a team, looking out for each other, being alert for hazards and working for zero harm to employees, environment and equipment.”

Barr was born and raised in Charleston, always with some sort of boat to mess around in as a kid. Prior to World War II, his dad, although not in the river business, owned a cabin cruiser. Bill remembers being in awe of a certain guest who would come along on the boat from time to time. It was Bill Southerland, son of the owner of West Virginia Sand & Gravel and a licensed first-class pilot of steam vessels. “He worked for Union Carbide,” Barr said, “but kept his pilot’s license current through line haul trip work so that if things got bad on the bank, he could return to the river for a living. That got my attention.”

So much so that in a ninth-grade civics class, in answer to what he wanted to be when he grew up, Barr wrote: master or mate of a towboat. For that project, he said, he visited the Huntington Coast Guard office and obtained all the documents and regulations needed to sit for a pilot’s license. He remembers visiting the Ohio River Company’s landing in Huntington at the same time as some of their newer towboats were coming out. He also started subscribing to The Waterways Journal.

“On one of our family’s river vacations, we stopped in Marietta, Ohio, stayed at the Lafayette Hotel and met proprietor S. Durward Hoag, who introduced me to Fred Way Jr., author, historian, all-time expert on river history, originator of the Inland River Record and president of the Sons & Daughters of Pioneer Rivermen,” Barr said. “I attended my first meeting in 1968, which was the beginning of my senior year in high school.” He became fascinated with river history through the S&D and is currently on the board of the organization and chairman of the J. Mack Gamble Fund, which is an adjunct of Sons & Daughters that annually donates money to worthy river-related projects.

While he was a freshman at Marietta College, he applied to several towing companies for summer work on the river. Amherst Madison was the only one to respond, he said. Consequently, as soon as school was out each year, he went to work on the mv. J.S. Lewis, a steamboat that Amherst converted to a 1,600 hp. diesel towboat in the mid-’50s to navigate the Kanawha and Ohio rivers. “I was a striker and a flunky in the galley,” Barr said, “you know, the guy who washes dishes, cleans up after meals and sougees and paints the engine room.”

After Barr graduated from college, he went to work full time at Amherst, earning his first class pilot’s license, which is now on its eighth issuance. He later enrolled at West Virginia University, where he earned a master’s degree in industrial relations. He had asked the then-president of Amherst Madison, Charlie Jones, if he could return after finishing the program, and he was assured there would be room for him.

In 1975, remembering what Jones had said, he returned to Amherst, “and sure enough, he hired me back, just like he promised,” Barr said. Promoted from the boats to traffic manager in 1978, he served in that capacity until 2001 when he was offered an opportunity in safety and compliance.

Normally, someone who has held a pilot’s license for as many years as Barr has is accorded the honorific “Captain,” but no, Barr said, “I’d prefer to leave that for the guys who are actually out on the river. They do a fantastic job and deserve the title far more than I do.”

Barr has a collection of about 10 bowties that he wears whenever the occasion warrants, and sometimes when it doesn’t, he admitted. Like Winston Churchill or Charlie Chaplin, the bowtie is his signature; he is known by it. His favorites are one from the House and one from the Senate, both of which prominently display eagles. He wears those when he makes calls on Congress to lobby for the Jones Act and other legislation important to the river industry. He is active in The American Waterways Operators and its safety committee and is currently president of the Huntington District Waterways Association.

Barr has two stepsons with his wife Debbie and two grandchildren. He doesn’t look it, and you certainly wouldn’t know it from his schedule at work, but he is 69 years old. Maybe it’s the bowtie.