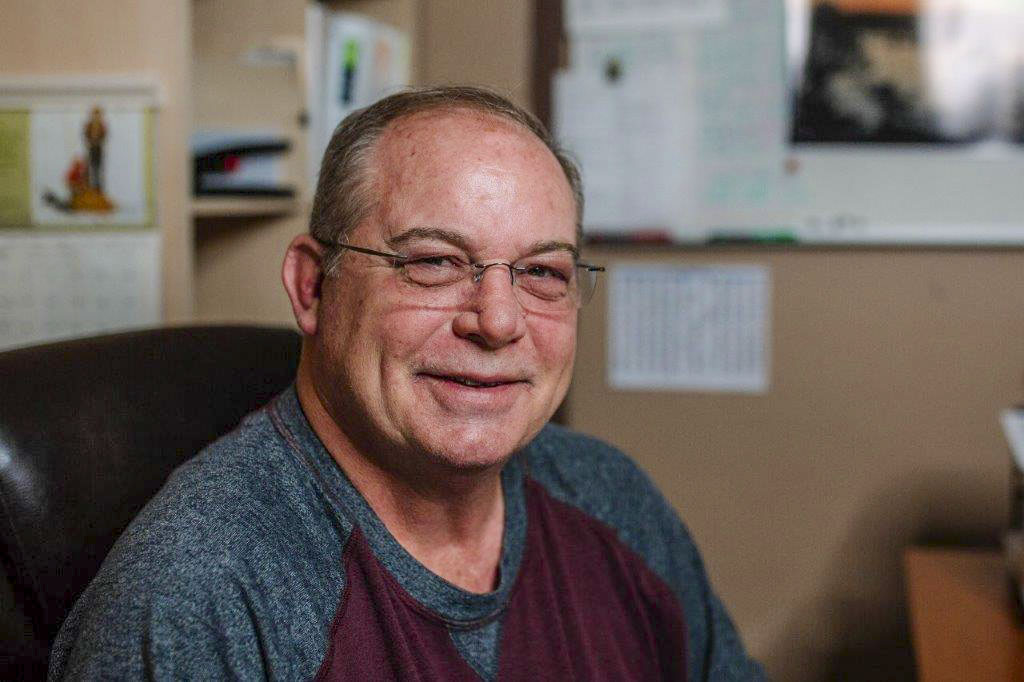 Despite the challenges brought on by the COVID-19 pandemic, Mark Burchfield, owner of RMB Marine Services, sees opportunities in the maritime industry: namely, the opportunity for his harbor and fleeting business to expand its operations.

“This coronavirus has got the towing industry slowed down,” Burchfield admitted, “but it’s looking like a strong quarter, the way things are shaping up, so it looks like a good time to do a charter and move some barges.”

“We also have another boat here at the Port of Florence called the mv. James S. Dixon that’s a 1,200 hp. boat,” Burchfield said. “We use that one for short-hauling barges on the Tennessee River and the Tennessee-Tombigbee Waterway.”

At Yellow Creek Port, RMB Marine operates the mv. Barbara Lynn and the mv. Michael R, both 900 hp. boats. At both ports, RMB serves a host of companies moving aggregates, grains, energy products and other cargoes. Besides that, the company also serves NASA, which transports rocket components between Iuka and Decatur, Ala., near the space center in Huntsville, Ala.

“We’re in the midst of purchasing another 1,200 hp. boat at this moment, and we’re also looking at an opportunity to charter some 3,000 hp. boats to operate on the Tennessee and Tennessee-Tombigbee waterways,” he said.

When discussing the opportunity to grow the fleet and footprint of RMB Marine, Burchfield pointed to business and population trends in North Alabama and South Tennessee. Huntsville is one of the fastest growing cities in the state, now ranking second behind only Birmingham. With that growth comes a greater demand for goods and raw materials. Moving forward, Burchfield said he hopes elected officials and business leaders will see the benefits of moving cargoes on the state’s waterways.

“The biggest thing I’ve run into, talking with mayors and some congressmen and senators, is a lot of companies don’t realize they can move their products or dry goods by barge,” Burchfield said. “So we’ve been out beating the bushes, letting companies know there are opportunities to move their freight at a better rate by barge.”

It’s taken time for Burchfield to bring the business to this point, but he said setting and attaining goals often takes time.

“I’m a goal-oriented type person,” Burchfield said. “When I started in the industry as a tankerman, my goal was to be a pilot and to captain a boat.”

Burchfield grew up in Greenville, Miss., “back when Greenville was the towboating hub of the industry,” he said.

“When I graduated high school in 1976, there were 27 towboat companies in Greenville,” he said. “My dad was a maritime attorney, so I was around boats and barges and ships and everything else from St. Louis to New Orleans as a kid growing up.”

Burchfield worked as a deckhand at a summer job two years in a row.

“Seemed like everybody I knew was somehow involved with a towing company,” he recalled. “I went to church probably with five or six of the owners of towing companies in Greenville and grew up with all their kids.”

Burchfield said he excelled in math and science in high school, so upon graduation he attended Mississippi State University, where he pursued a degree in aeronautical engineering. He graduated from Mississippi State in 1982, not a great time for entering the job market. He decided to go back to what he knew from growing up: the towing industry.

Burchfield excelled as a mariner, moving up from smaller boats and tows to some of the largest line-haul vessels on the Mississippi River. During his 37-year career, he worked for Brent Transportation, Dixie Carriers, Kirby Corporation and American Commercial Barge Line.

Later in his career with ACBL, Burchfield was asked to serve as an advisor for the mv. Delta Mariner, a United Launch Alliance ship that transports rocket components from Decatur to Cape Canaveral, Fla. The vessel is now called the R/S RocketShip.

“When I retired from ACBL, they asked if I’d come work for them full time,” he said.

Then about seven years ago, Burchfield got word that Mike McDonald, the owner of Muscle Shoals Marine Service, intended to sell the company upon his retirement. McDonald agreed to sell the business to Burchfield, but it took four years to work out details and to obtain leases.

Two and a half years since officially launching RMB Marine Services, Burchfield said the company has made steady work on updating its data and communications systems, as well as pursuing Subchapter M compliance. The company is also a recent new member of The American Waterways Operators.

Similar to when he was pursuing his goal of captaining some of the largest vessels at work on the nation’s inland waterways, Burchfield’s work to build up RMB Marine is all about setting and attaining goals, and focusing on excellence.

“We’re a company looking to expand, increase our volume and grow our reputation,” Burchfield said. “We want to be like [University of Alabama Coach] Nick Saban. We want to be in the fight for a national championship each year as a business. So we teach our guys that execution is important, doing a good job and staying safe is important, playing the business game and giving your best day by day and forgetting what the scoreboard says.”