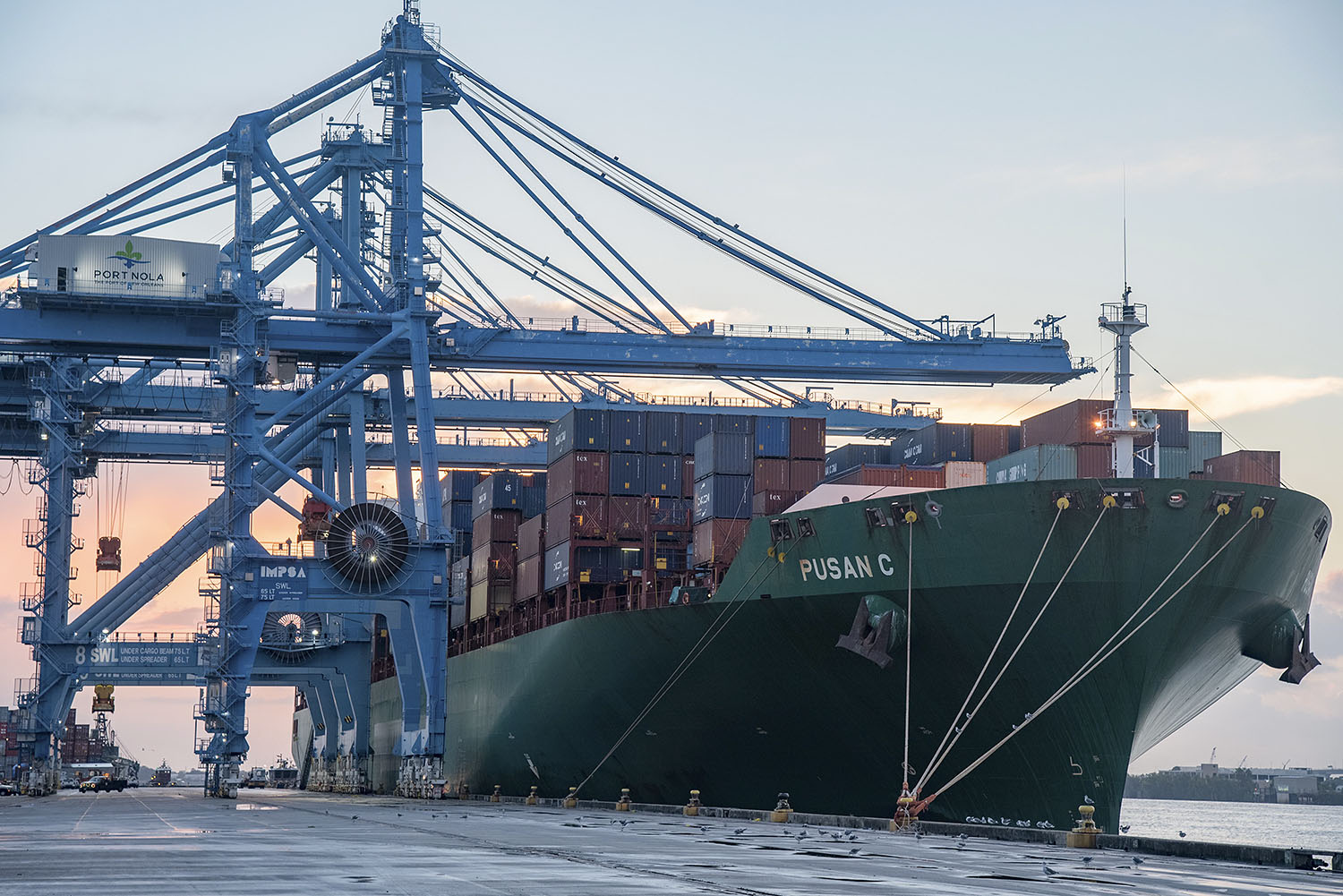 The board of commissioners of the Port of New Orleans (Port NOLA) voted December 17 on several measures authorizing Brandy Christian, president and CEO of the port, to begin entering into purchase and lease agreements aimed at potentially developing a $1.5 billion multimodal container terminal in Violet, La., in lower St. Bernard Parish.

First envisioned in the port’s 2018 Port NOLA Forward strategic master plan, the proposed facility would be located downriver from the Crescent City Connection bridge, thus allowing the largest container vessels traversing the Gulf of Mexico to call on the new terminal.

With approval from the board of commissioners, the port will embark on a two-year due diligence and permitting period, which will include extensive community outreach.

“Three months ago, the U.S. Army Corps of Engineers launched a landmark project that will dredge the Mississippi River to a depth of 50 feet from the Gulf of Mexico to Baton Rouge,” Gov. John Bel Edwards said in a statement following the port board meeting. “The Corps believes that work will pay for itself quickly by bringing larger vessels and more commerce to our state. I applaud the Port of New Orleans for investing in Louisiana’s future through key container terminal improvements. Port NOLA’s vision will greatly increase our global container business, support our industries, attract new logistics investment to Louisiana and secure quality jobs for our people.”

Container handling at the port’s Napoleon Avenue Container Terminal has more than doubled over the past decade, with the existing terminal experiencing double-digit growth in 2018 and 2019, prior to the pandemic. In 2020, container volumes are off 17 percent for the year, but were down only 6.5 percent in November compared to a year ago. In response to that long-term growth, the port is in the midst of spending $100 million to add four new 100-gauge gantry cranes and make other improvements to its current facility. Still, with limited space at Napoleon Avenue and the air draft limitations of the bridge, the port has been looking to establish a downriver terminal to complement its existing facility.

Port officials believe the nearly 1,100 acres in Violet at Mile 83 will meet that need.

“Providing the next generation of critical infrastructure that meets the needs of our container carrier partners and provides economic prosperity for St. Bernard Parish, our region and the state of Louisiana is Port NOLA’s No. 1 priority,” Christian said following the vote. “This property acquisition and due diligence process is an exciting step forward. Our strategic master plan identified the opportunity, and we are working hard to move forward with a project that provides regional and statewide benefits.”

The due diligence and property acquisition has essentially three portions. The first involves about 81 acres along the river in Violet that belongs to a private entity called Violet Dock Port. The Port of New Orleans expects to close on that property by the end of this year, with a purchase price of $18 million. Then over the next two years, Port NOLA and the St. Bernard Port Harbor & Terminal District will negotiate lease and purchase agreements for about eight acres along the river, including what’s known as Berths 1 and 2. The purchase price of that tract will be $8 million. Finally, the port is beginning an up-to-24-month due diligence period for just over 1,000 acres of land extending from the river to the “Forty Arpent Canal” in Violet. That agreement will involve a number of property owners in the area.

The phased project will allow for terminal operations, terminal access and egress traffic impacts, environmental issues and community needs. Besides offering deep-draft access that poses no air-draft issues, the property is also located within the federal government’s hurricane and storm damage risk reduction system and includes existing multimodal infrastructure and access to the same six Class 1 railroads that service the Port of New Orleans, along with access to Interstate 10.

The Port of New Orleans has established a webpage detailing the potential container terminal in St. Bernard Parish. To view the plan, visit www.portnola.com/info/downriver.