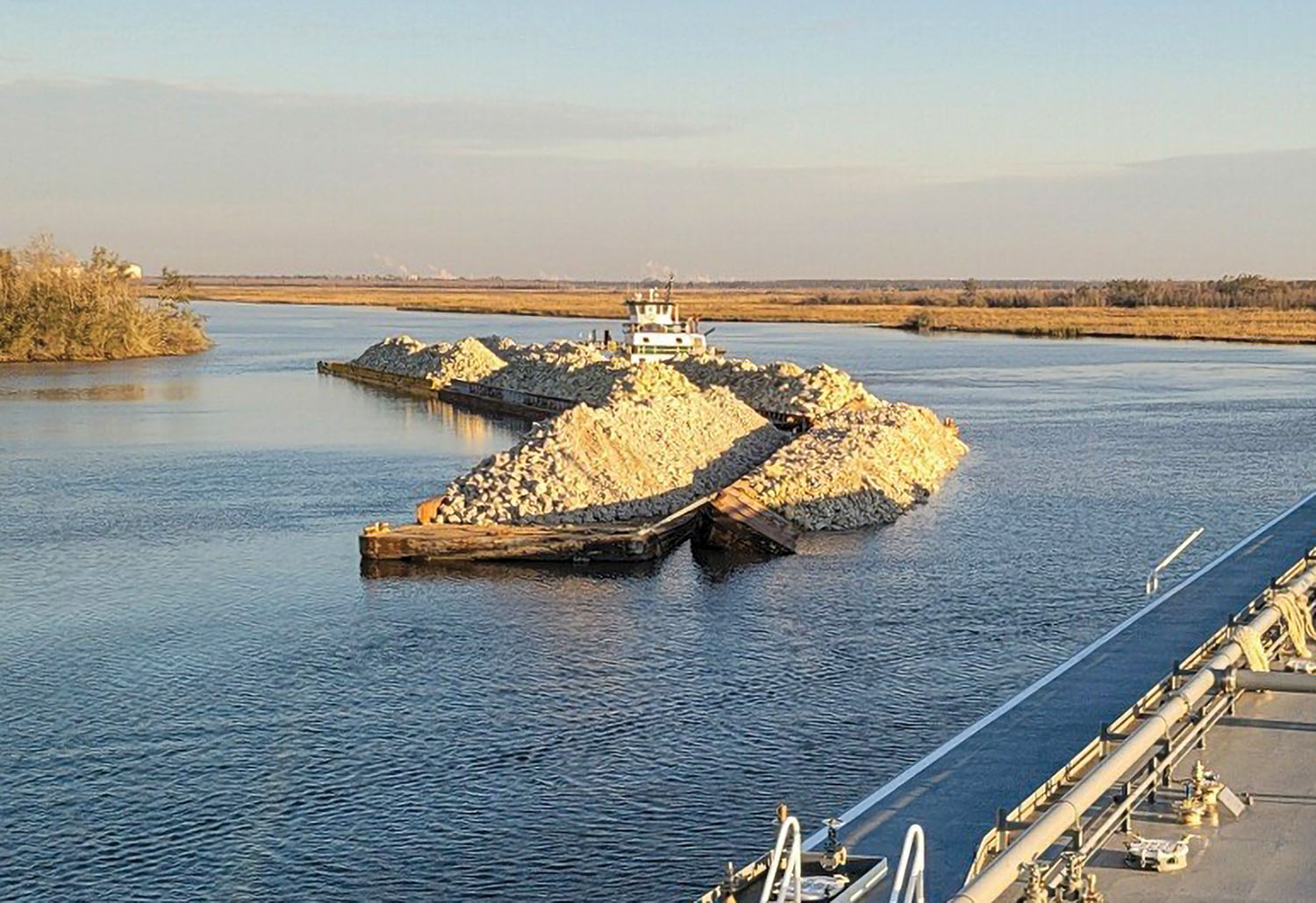 A towboat pushing six barges loaded with aggregate got into trouble near Mile 235 on the western side of the Gulf Intracoastal Waterway (GIWW) January 29, with the tow’s lead port barge sinking near the center of the channel. By about midday, the U.S. Coast Guard Marine Safety Unit (MSU) Lake Charles had restricted the GIWW to one-way traffic between Miles 234 and 236 west of Harvey Lock, due to the obstruction.

The Coast Guard closed the GIWW the following day, January 30, between Calcasieu Lock and Grand Lake Bridge as salvage efforts got underway. By the next day, the other five barges in the tow had been moved to the bank and secured. The Coast Guard allowed one-way traffic through the area while additional salvage equipment was mobilized. The waterway was closed to navigation again the evening of February 1 while the barge was refloated.

The canal again opened to one-way traffic around midday February 2. Most of the spilled rock was removed from the channel by February 4. Based on surveys conducted by the U.S. Army Corps of Engineers indicating drafts up to 12 feet over the site of the incident, the Coast Guard reopened the GIWW to two-way traffic the morning of February 4. At that time, Calcasieu Lock was in “open pass” mode, with traffic through the area gradually returning to normal.

Caption for photo: The lead port barge of a six-barge tow is partially submerged near GIWW Mile 235.