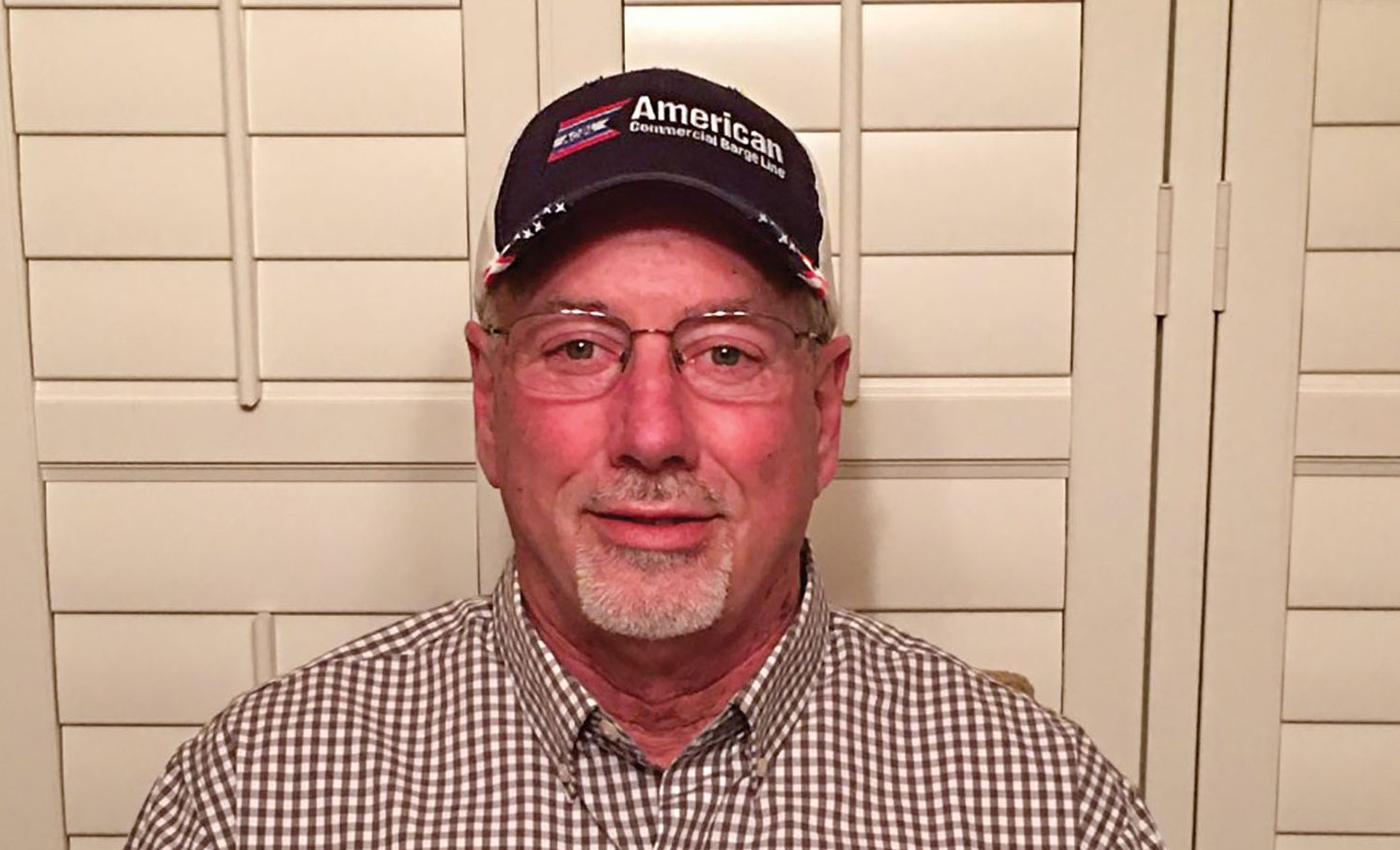 That’s why working on the river has always appealed to him.

Barchie, 60, of Daphne, Ala., began working for American Commercial Barge Line in 1983 and went up into the wheelhouse in 1986, but he has been on the river for far longer. Barchie was in high school when he worked for a summer as a deckhand for the former Dick Meyers Towing Service, based in Mobile, Ala. At the time, his father was also working on the river, for Ohio Barge Line.

“I used to go down there on Saturdays when he worked traffic and fish off the boats and hang out there a little bit,” Barchie recalled.

With family members in the barge line business, Barchie said he heard a lot of stories when he was younger.

As he got older, he decided, “I really didn’t want to sit behind a desk. The river life just appealed to me.”

Barchie was named captain of the mv. David A. Lewis Jr. in August. Before that, he was on the mv. Cairo for six years and the mv. Bill Elmer for 13 years.

When not on the boat, Barchie enjoys spending time with his wife of 33 years, Patricia, offshore fishing, golfing and occasionally hunting, so part of what appealed to him about life on a towboat was being in the midst of the great outdoors.

“It’s very peaceful out there, most places,” he said. “You get to see the sunrise and the sunset every day, so that’s nice. You get to see all kinds of wildlife.”

And then, he said, there are the people.

“There have been a lot of good people over the years,” he said. “It’s a close-knit group among a lot of us out there. They’re just like family.”

Part of what appeals to Barchie about being in the wheelhouse is the unique set of challenges he knows he may be asked to navigate.

“It constantly changes from one river stage to the next,” Barchie said. “You just have to stay on top of it.”

Later, he added, “You can’t let your guard down or you might have an incident. It’s not for everybody because you are confined to the wheelhouse for 12 hours a day, but there’s always something to do. You are always busy, and that’s a good thing.”

Barchie carries a bar book so he knows exactly where sandbars are and how much water is on top of them at any river stage. He advises those new to the wheelhouse to keep their own books and not to always rely on technology.

Similarly, he says, he tries to remind them to stay off their cell phones and connect with each other. Safety, he said, must always come first.

“You have to keep notes,” he said. “Pay attention because if you don’t, it will catch up with you. Nobody’s immune from having an incident; I don’t care how good you are.”

Barchie said it’s important to show Old Man River some respect because if you don’t, he will show you who’s boss.

Still, he said, it’s a job that even with the unexpected is still very enjoyable, adding, “It gets boring if you’re not challenged, I would say.”

Capt. Randy Chamness, ACBL director of vessel operations for the Lower Mississippi, said of Barchie, “Capt. David Barchie is widely respected by his peers at ACBL and throughout the industry. He is known for maintaining very high standards for himself, his crew and his boat. David has helped set the bar for being a professional mariner throughout his nearly 40-year career at ACBL. We are very appreciative of the leadership, loyalty and dedication Capt. Barchie has displayed throughout his career, and we thank him for representing his ACBL teammates at such a high level.”