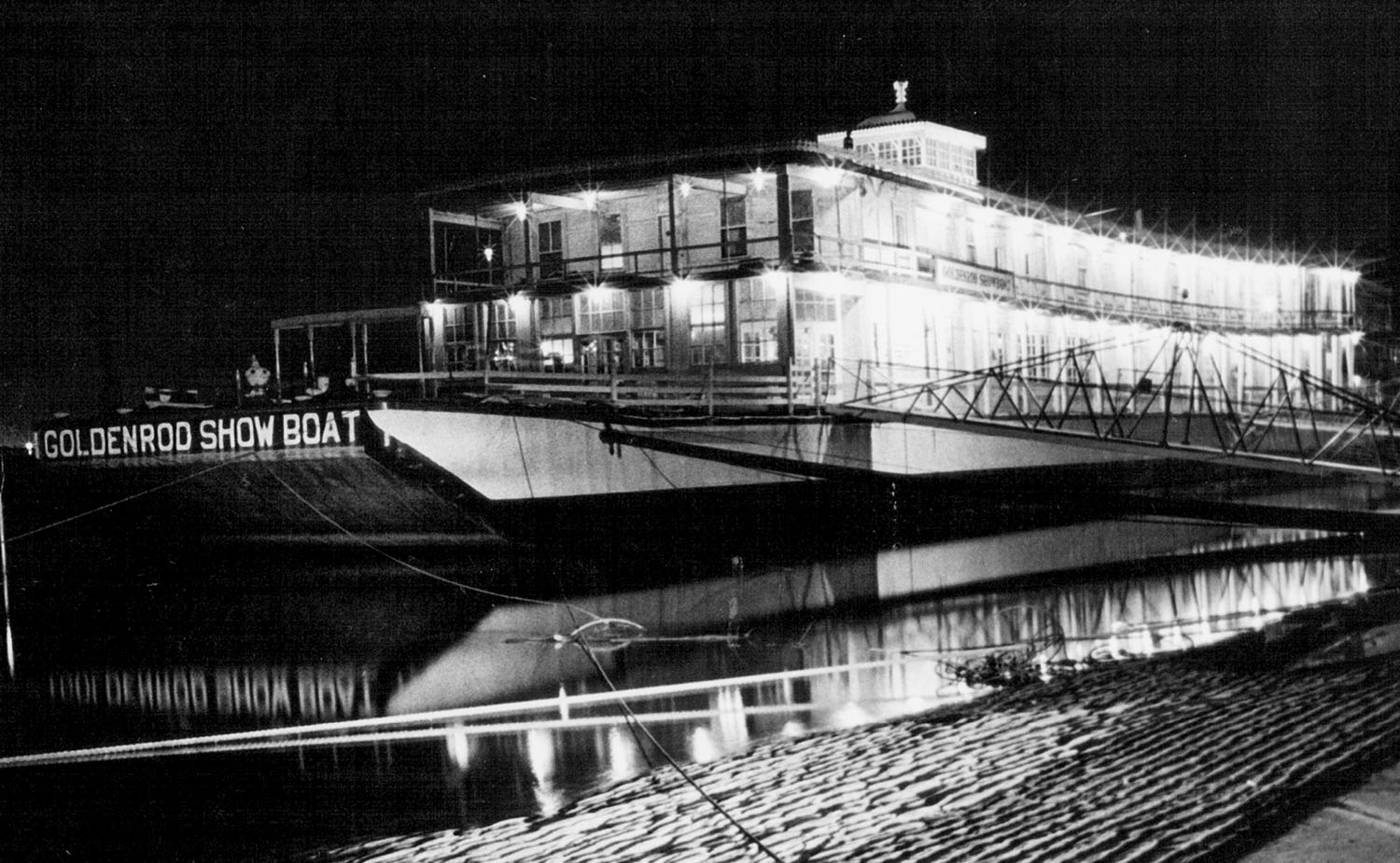 John William Menke was born on August 3, 1880, in Cincinnati, Ohio, where his family operated a saloon. In 1902, he went to Jersey City, N.J., where his brother Ben, employed as a watchmaker, secured employment for J.W.—or Bill, as he was usually known—at the same company.

During this time, the two brothers built a 34-foot yacht, which they named Cincy in honor of their hometown. For a time they operated small excursions in New York harbor.

The yacht was later placed aboard a railroad car and shipped to Pittsburgh, where it was launched into the Ohio River. Despite the frigid wintry weather, the Menke boys obtained a movie projector and headed downstream to Cincinnati, financing their journey by showing movies in stores and schools. They descended the river as far as Uniontown, Ky., where they became caught in the ice next to French’s New Sensation Showboat.

Capt. Callie French—notable for being one of the few women captains on the river—and the showboat crew proved to be very hospitable hosts. Before the week was out, Bill and Ben, and their motorboat Cincy, had been engaged as advance agents for the showboat’s coming season.

For the following eight years, the Menkes were employed by French’s New Sensation, touring the Ohio, Mississippi and other tributaries, distributing handbills and putting up posters to announce the eagerly awaited arrival of showboats by the residents of river towns.

In 1911, the Menkes purchased their first showboat, the Sunny South; they later changed the name to Hippodrome. This initial venture was followed by the acquisition of other theater boats, including the Greater New York Floating Palace, French’s New Sensation, Hollywood and, grandest of all, the Goldenrod (the largest showboat ever built, seating 1,400 patrons), which Capt. Bill Menke purchased from Capt. Ralph Emerson in 1922.

Also involved in the operation of these showboats were two other siblings, Harry and Charles Menke. Capt. Bill took one of his showboats from New Orleans to Mobile, and his steam calliope was heard on the Alabama, Warrior and Tombigbee rivers. It was a profitable journey, but the captain related that the dangers of navigating the Gulf waves were not nearly as harrowing as fighting mosquitoes, and the adventure was never repeated.

The Goldenrod tied up at the St. Louis levee in October 1937 for a two-week stand. The melodramas proved so popular that Menke never again traveled with the showboat; he let go the mooring lines only once, in 1947, when the aged 1909 wooden hull was placed into a steel barge at the St. Louis Shipbuilding & Steel Company.

In 1951, when the movie “Show Boat” was released, Metro-Goldwyn-Mayer presented Menke with a thermometer-barometer set commemorating his long association with showboating.

Following a devastating fire aboard the Goldenrod on June 1, 1962, Capt. Menke found the burden of restoring his beloved riverboat too much to handle. In 1963, he sold the showboat to St. Louis advertising executive and riverboat enthusiast Frank Pierson. With a group of investors, Pierson restored the Goldenrod, reopening it to the public in 1965.

Capt. Menke continued to reside aboard the showboat until his death at age 87 on July 15, 1968. Services were conducted at the Old Cathedral on the St. Louis riverfront, with numerous members of the river community in attendance. The colorful captain is buried in Saints Peter and Paul Cemetery, where his tombstone bears an engraving of the showboat that made him famous on America’s waterways.

The Goldenrod, long out of business and a decade-long derelict at an Illinois River landing, was again destroyed by fire in 2017, making the Majestic (at Manchester, Ohio) the last remaining authentic showboat.