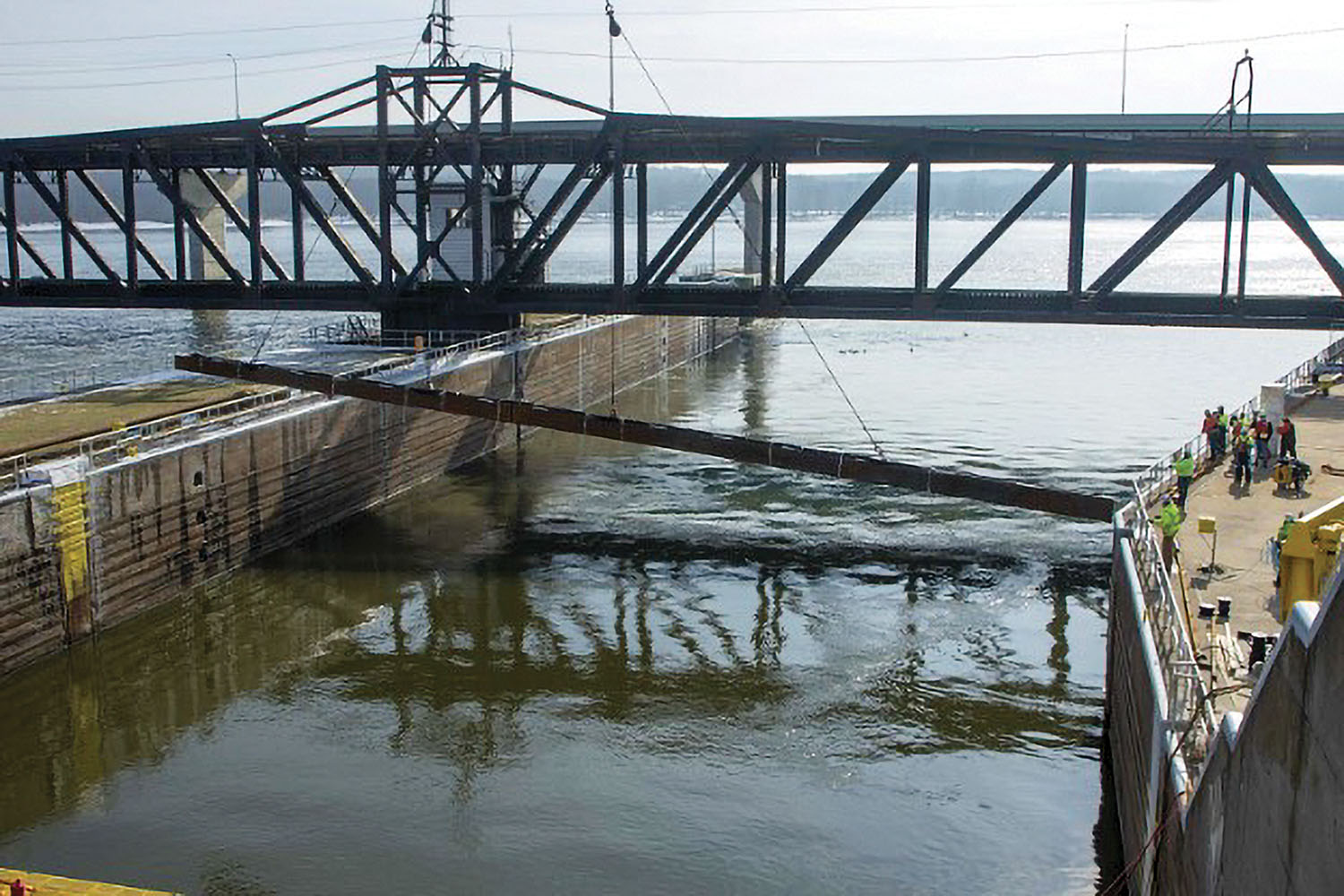 The U.S. Geological Survey (USGS), the U.S. Army Engineer Research and Development Center (ERDC) and partners installed a temporary, experimental underwater Acoustic Deterrent System, or uADS, at Mississippi River Lock 19 between Keokuk, Iowa, and Hamilton, Ill., February 3. The deployment is part of a study to understand how invasive Asian carp respond to acoustic, or sound, signals.

“If this uADS is successful in deterring Asian carp, it could have huge implications for invasive species management,” said Marybeth Brey, a USGS research fish biologist and the project lead. “This new deterrent system is designed to be more selective and not affect native species, providing another tool for resource managers to deter Asian carp.”

The multiagency team installed the experimental uADS in the lock approach to test, under field conditions, the potential for acoustic signals to deter both the Asian carp and native fish from moving upstream. The engineering, maintenance and logistical considerations associated with long-term operations of the uADS in an active navigation channel will also be assessed throughout the study.

The uADS is housed in a weldment—a 105-foot-long beam with 16 speakers—in the approach channel of Lock 19.

ERDC Research Biologist Dr. Christa Woodley performed the acoustic research to isolate the sounds that the invasive fish will likely perceive as engine noises or dolphins, the predators found in the carp’s home range. In addition, Woodley’s team developed several models for sound projection within the locks for the uADS design and deployment effort.

“The ultimate goal for ERDC is to find what the limitations and benefits are of fish deterrent systems, where can we put them and how we can come up with some sort of system that allows us to put in a deterrent system that marries the right technology with the right design,” Woodley said.

The next major project milestone will be tagging the fish in April and analyzing the data to determine what different behaviors both native fish and invasive carp might have in the lock approach, when the sound is on and off.