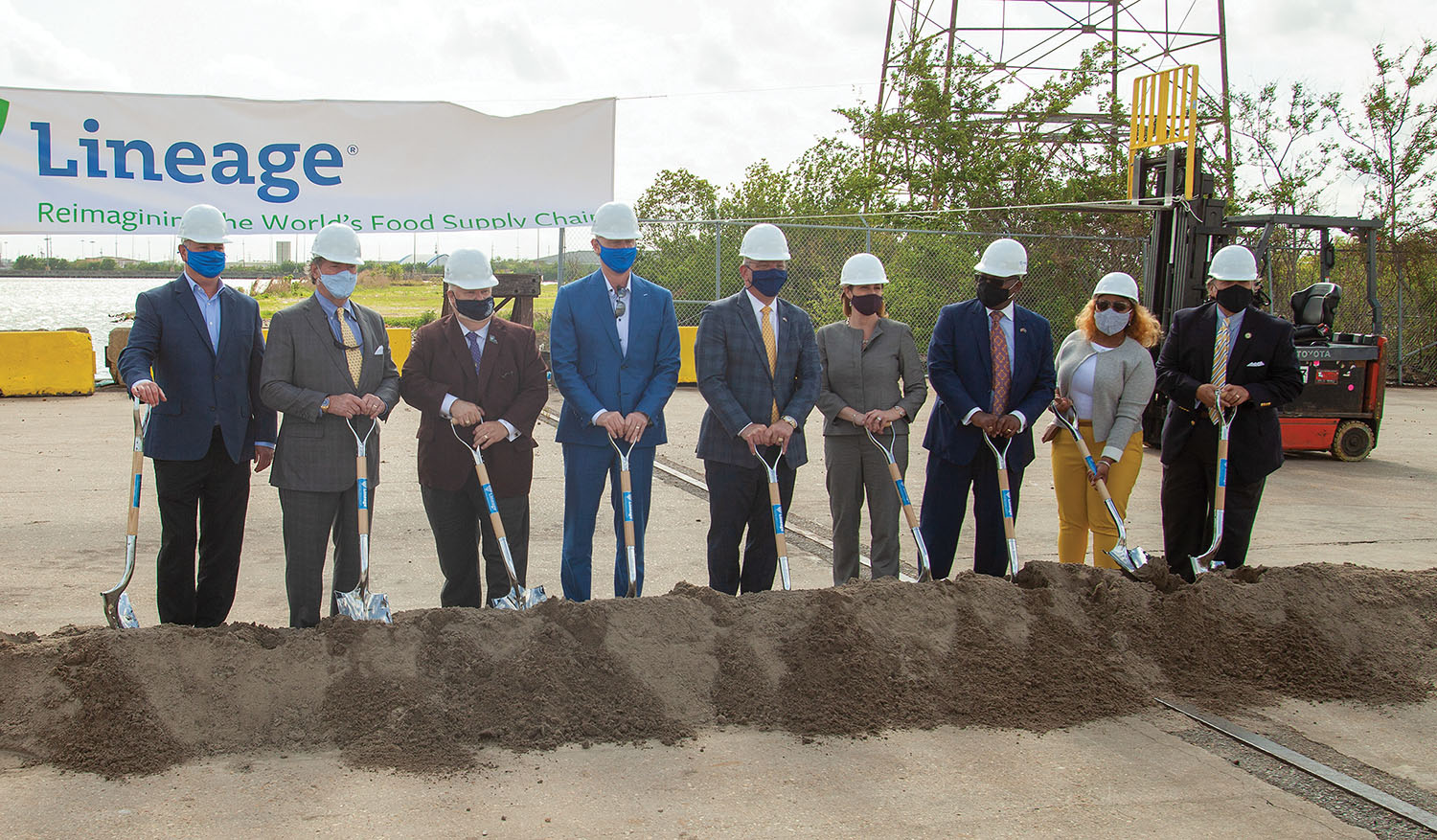 Lineage Logistics, which globally operates more than 340 refrigerated facilities that account for more than 2.1 billion cubic feet of cold storage capacity, acquired New Orleans Cold Storage, which also operates a facility at the port’s Henry Clay Avenue Wharf, in 2020 as part of its acquisition of Emergent Cold. With roots going back to the 1880s, New Orleans Cold Storage is the oldest refrigerated cargo storage facility in the United States.

In total, the two Lineage facilities allowed the Port of New Orleans to export 380,000 tons of poultry in 2020. Between the New Orleans East and Henry Clay facilities, Lineage has the capacity to blast-freeze an astonishing 2.8 million pounds of product to zero degrees in a 24-hour period.

“The Lineage Logistics project at the Port of New Orleans is a boon for the city of New Orleans and our entire state,” Edwards said. “The value-added exports of Lineage Logistics will continue to strengthen Louisiana’s $1.6 billion poultry industry, including nearly 300 commercial broiler producers throughout 11 parishes. We welcome this significant new investment and its economic impact across Louisiana.”

To make the project a reality, the state of Louisiana provided $10 million in capital outlay funds, and the Port of New Orleans supplied $2 million. Lineage will invest the remaining $30 million needed for the project.

“This expansion is critical due to increasing worldwide demand for U.S. poultry, primarily from Angola, Cuba, Hong Kong, Mexico and Taiwan,” said Mike McClendon, president of international operations for Lineage and the company’s executive vice president of network optimization. “Lineage and Port NOLA have worked closely on this project to accommodate growing volumes and new lines of export agriculture commodities and a growing trade of fresh produce imports.”

In addition to handling poultry for export, the expanded capacity will support the import of fresh produce into the port as well.

“Port NOLA is elated to see this project move forward,” Christian said. “Poultry exports have traditionally been a strong segment of our cargo portfolio and, due to worldwide demand, we see poultry and other temperature-sensitive cargoes as critical to Port NOLA’s future.”

Louisiana Department of Agriculture and Forestry Commissioner Mike Strain was on hand to put into perspective the far-reaching impact that growing the port’s poultry export business line really has on the entire state.

Logistically, cargo moves into both the New Orleans East and Henry Clay facilities by truck and then is exported either by container or breakbulk ship. According to the Port of New Orleans, both facilities can load breakbulk ships, while refrigerated containers are loaded on site and transported to the port’s Napoleon Avenue Container Terminal, where they await export.