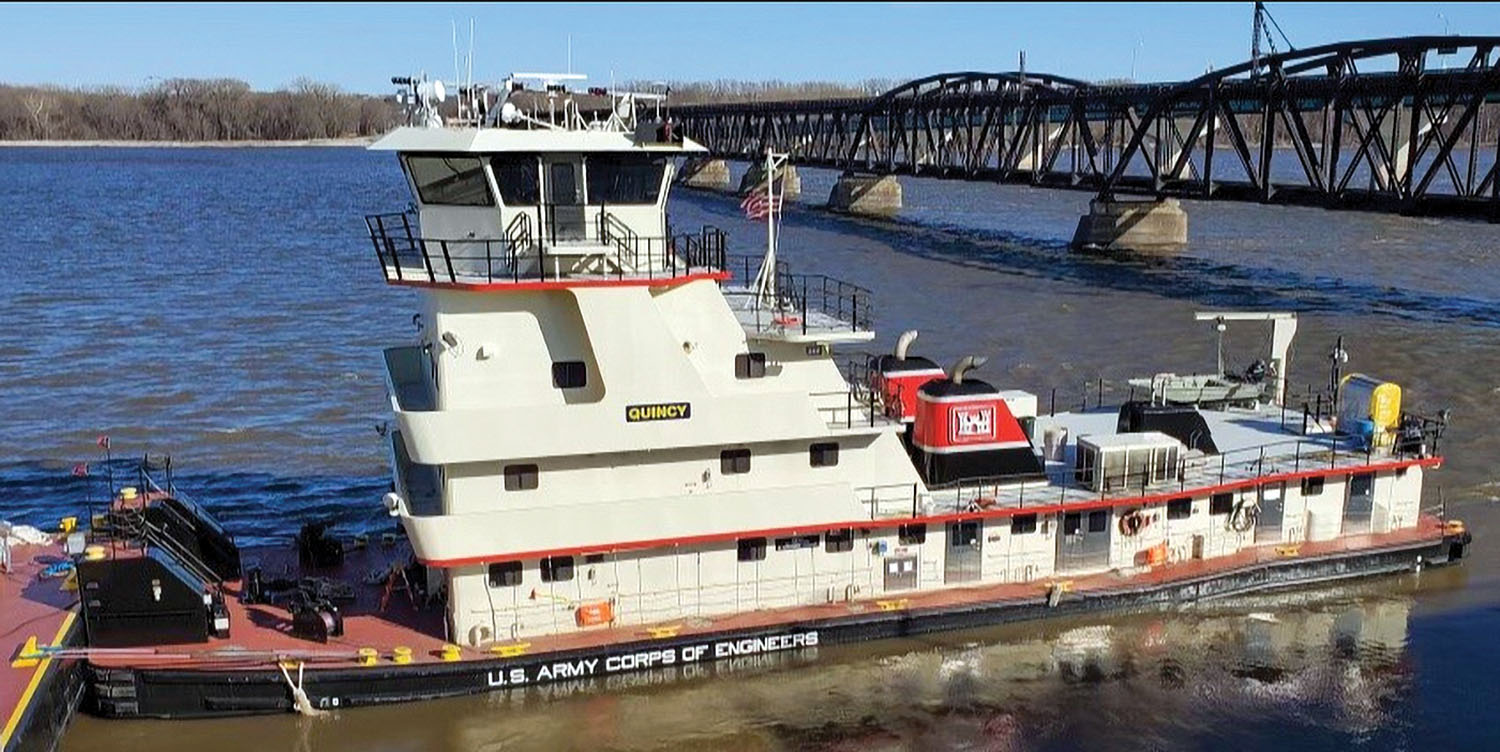 The Rock Island Engineer District christened the mv. Quincy at the Clat Adams Bicentennial Park in Quincy, Ill., April 30. Several hundred members of the public attended the ceremony, according to Allen Marshall, Rock Island District public affairs officer. Tours of the boat were offered the previous day and also following the ceremony.  The mayor of Quincy, Mike Troup, spoke at the event, along with Col. Steve Sattinger, commander of the Rock Island District.

The district will christen the Quad Cities May 13 in a ceremony in Davenport, Iowa.

The mv. Quincy was built in 2008 by Orange Shipbuilding, of Orange, Texas, at a price of just under $5 million. It was designed and contracted by the Corps’ Marine Design Center and was previously owned by the Louisville Engineer District. It was originally named the mv. Gordon M. Stevens and served as part of the construction fleet for the Olmsted Locks and Dam.

The vessel is 124 feet long by 34 feet wide and is powered by two 1,500 hp. engines. Onboard accommodations include seven staterooms, which can accommodate up to 10 crew members, and a full galley.

Caption for photo: The Quincy was previously the Gordon M. Stevens in the Louisville District.