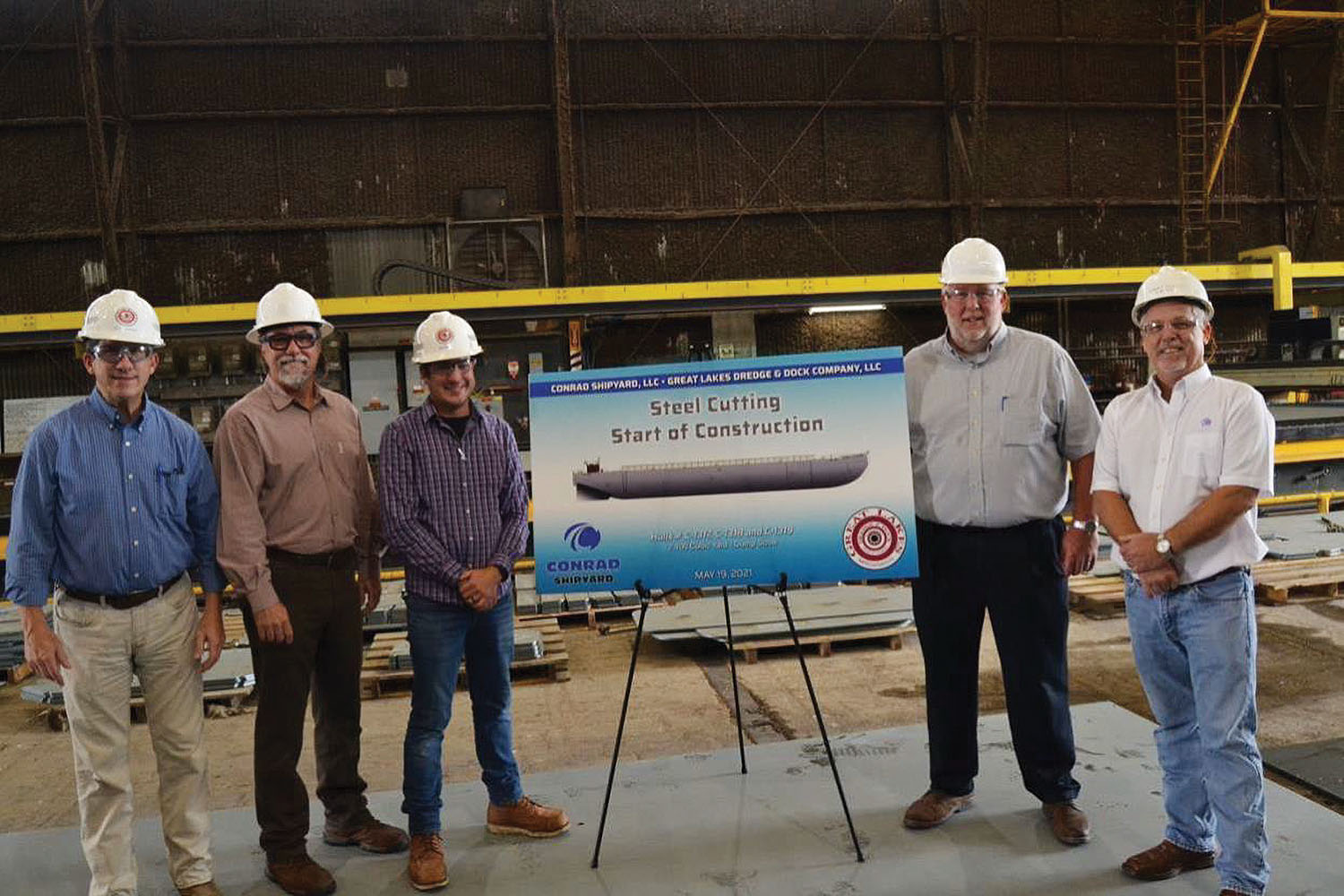 Each barge will measure 277 by 63.5 by 27.25 feet. Dump scows are barges that have a hopper-type cargo carrying compartment and a split-hull design to facilitate bottom dumps to discharge dredged material.

Addressing an audience of Conrad and GLDD managers, Brett Wolbrink, Conrad executive vice president and chief operating officer said: “GLDD has awarded Conrad multiple contracts over the past year along with numerous repair and conversion projects. These contract awards and projects re-enforce GLDD’s confidence in Conrad and continue to build on our longstanding partnership that we have enjoyed over the years.

“We sincerely thank all the GLDD and Conrad project team members that work together on a daily basis for their professionalism, teamwork and dedication to helping us make these projects successful for both Conrad and GLDD.”

Among other projects, Conrad is building a 6,500-cubic-yard trailing suction hopper dredge for GLDD at its Amelia, La., shipyard (WJ, May 3). That dredge is scheduled for delivery in the second quarter of 2023.