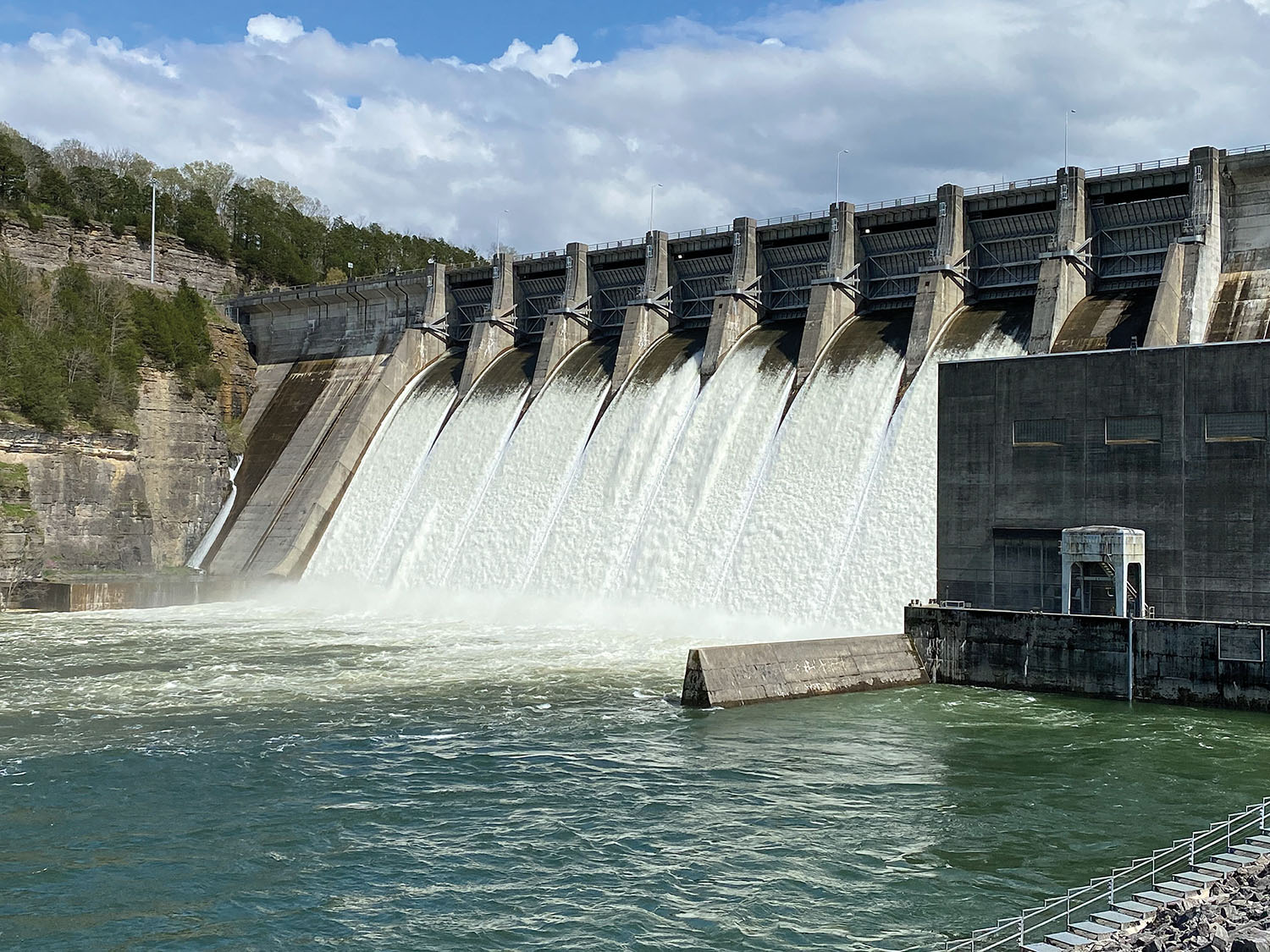 Nashville received 7.01 inches of rain March 27–28, making it the second highest two-day total since records began in 1871, according to the Nashville Engineer District’s public affairs team. The Cumberland River reached 40.55 feet in Nashville, exceeding the flood stage by 0.55 feet. Natural hydrologic modeling, which predicted the height of the river without the Nashville Engineer District’s flood control projects in place, showed the river would have reached 55.7 feet without the upstream dams.

The flooding would have exceeded the May 2010 flood by nearly 4 feet and came within 0.5 feet of the flood of record in 1927.

The Nashville district operates four flood control dams upstream of Nashville. They are Wolf Creek, Dale Hollow, Center Hill and J. Percy Priest. Since they were all completed, Nashville has exceeded its flood stage six times: in 1974, 1975, 1984, 2010, 2019 and 2021, averaging a flood every 8.5 years. Prior to the upstream dams’ completion, Nashville exceeded flood stage 76 times, averaging a flood every two years, according to Corps data.

“This equates to 586 billion gallons of water,” Dillingham said. “The water was safely stored behind these dams to allow downstream unregulated floodwaters to subside. Once downstream conditions allowed, this stored water was released in a controlled fashion over a period of many weeks.”

“Flooding will never be eliminated, but with the flood risk management system in place, the Corps of Engineers and agency partners often reduce the impact and damages caused by flooding,” Terry said. “I’m happy to report that during the March 2021 event that the operation of the dams saved an estimated $1.8 billion of flood damage.”

“We enjoy great partnerships with each of these agencies and we work closely together to support operating objectives, especially with mitigating flood risk,” said Lt. Col. Sonny Avichal, Nashville Engineer District commander.  “I’m especially proud of our water managers and dam operators who work together to balance holding back and releasing water as required to support the congressionally authorized purposes at each of the 10 dams in the Cumberland River Basin.”