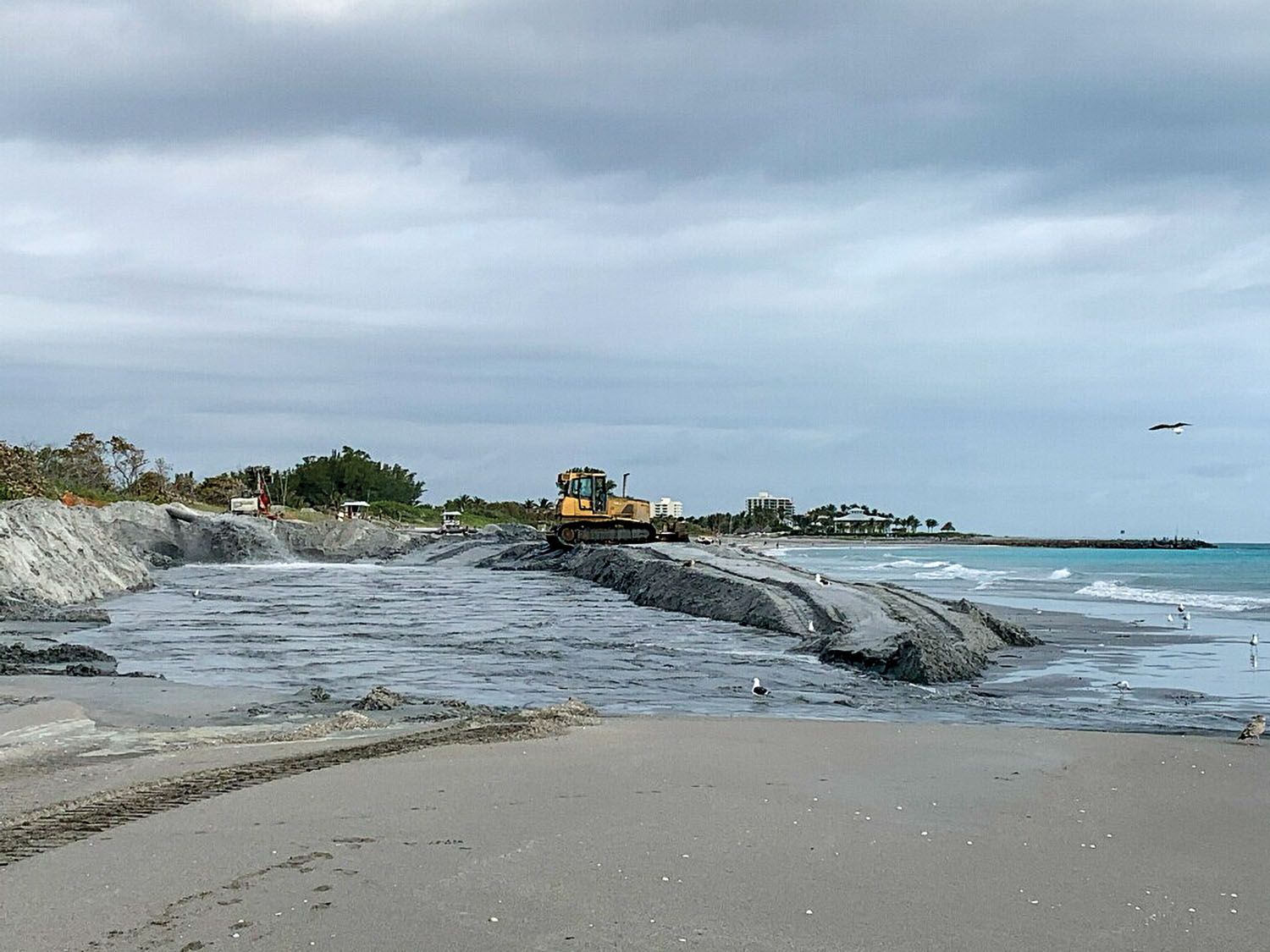 After a difficult year with a greatly reduced budget for new and ongoing projects, the Atlantic Intracoastal Waterway Association (AIWA) expects a much better 2022.

The waterway received $6,184,000 in congressional appropriations for Fiscal Year 2021, when it normally receives between $20 million and $30 million, AIWA Executive Director Brad Pickel said. The fiscal year 2020 appropriation was $28,047,000, for comparison.

Although not finalized, President Joe Biden’s May 28 budget request restores much of that funding for fiscal year 2022, beginning October 1, with a request for $23,153,000 in appropriations.

“Until Congress passes the appropriations bill, nothing is final, but we feel like we’re in an extremely good spot,” Pickel said.

The funding is contained in civil works programming funds for the Corps of Engineers and is split among the five districts that make up the Atlantic Intracoastal Waterway (AIWW).

Besides the main appropriations funding, the waterway also typically receives money from congressionally authorized funding from the so-called “mini-pots” approved for inland waterways, general navigation or small, remote or subsistence navigation programs within the Corps’ operations and maintenance line item. For fiscal year 2021, however, it received none of that funding. Instead, Pickel said, the majority of that funding went to inland river projects elsewhere.

The AIWW stretches more than 1,100 miles, from Norfolk, Va., to Miami, Fla. Some lengths consist of natural inlets, saltwater bays and sounds. Others are man-made canals.

Several sections have reduced depths ranging to less than 5 feet, and these areas have increased due to impacts in 2017 and 2018. Much of the work needed along the waterway is within the Charleston District boundary due to deteriorating upland placement sites. These shallow depths create a dangerous health and safety issue as smaller boats are forced to use the Atlantic Ocean and encounter rough seas, sometimes requiring Coast Guard assistance.

The Virginia portion of the waterway has been a trouble spot for the waterway over the past couple of years, Pickel said, leading the AIWA to work with American Waterways Operators to work together toward a solution.

The issue has primarily been ensuring the continued operation of the Great Bridge Lock on the Albemarle and Chesapeake Canal (ACC), said Brian Vahey, AWO senior manager for the Atlantic region.

“This is an important lock and an important part of the overall waterway for towing vessel operators as we have members who will regularly transport fuel down to the Navy base in the Norfolk area,” Vahey said.

In the past year, less than $2 million was received for ACC canal operations, Pickel said, but he added that the president’s budget request for Fiscal Year 22 includes $3.015 million, so he hopes those problems are at an end.

Still, Vahey said, it’s a perfect example of how dredging and maintaining the region’s waterways affect not only the region but also national defense and the transportation system as a whole.

While recreational traffic often uses the Dismal Swamp Canal, which parallels the AIWW, most commercial traffic cannot fit through it, so adequate dredging remains incredibly important for commercial users and for government interests, Pickel said.

One example Pickel gave was the importance of maintaining the AIWW between Jacksonville, Fla., and Beaufort, S.C., as jet fuel for F-35 fighter training in Beaufort comes via the waterway from Jacksonville. That can be a problem if any point in between isn’t adequately dredged, Pickel said, naming portions of the waterway in Georgia as spots that need regular dredging to be maintained.

Dredging in every state along the waterway will continue this year, he said.

“And with this money coming in in ‘22, we would expect to be able to continue that trend,” Pickel said.

Despite the budget cuts, the dredging is taking place primarily because of carryover funding from previous years. Most projects take three to four years from initial design and bidding a project through construction, he said.

Major projects along the waterway this year include:

• In the Norfolk, Va., District, operations and maintenance of the Dismal Swamp and the Albemarle and Chesapeake Canal continue. They include tree and debris removal in the Dismal Swamp Canal necessary after storms and hurricanes.

• In the Charleston, S.C., District, work will focus on upland dredge disposal area rehabilitations and dike raising to increase the capacity for storing dredged material. Additionally, just north of Charleston in Breach Inlet, dredging depths will be closely monitored, and maintenance dredging may be performed. This is a shallow-draft inlet where material flows in from off-shore and from nearby beaches.

• In the Savannah, Ga., District, a beneficial use project for dredged material will be taking place in Altamaha Sound, where a bird island is being built as part of a partnership between the Corps and the Georgia Department of Natural Resources.

“It’s a practice that used to occur all the time and provided critical habitat for shore birds, but it hasn’t been done in a long time,” Pickel said.

The project will be completed over the course of two fiscal years.

• Finally, in the Jacksonville, Fla., District, funding is available for more inlet crossing projects, focusing mainly in the areas of St. Augustine and Palm Valley. The district is also looking to build out capacity, completing construction on a dredge material management area and seeking to build a second one.

Caption for top photo: A beneficial use project allows dredged sand to be placed on a beach in the Jupiter, Fla., area.