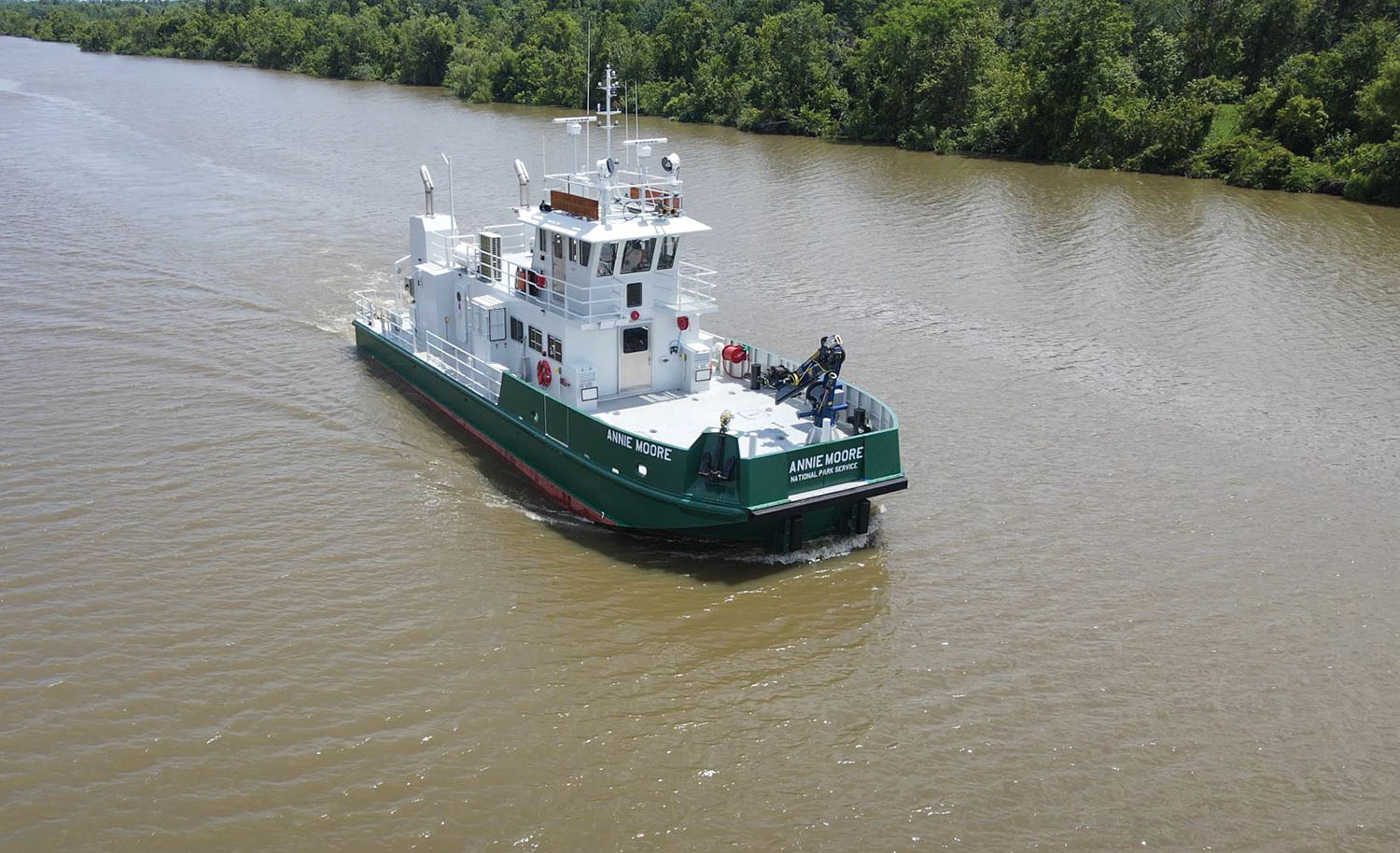 TAI Engineers LLC, New Orleans, has completed the detailed design and construction of a new utility vessel for the National Park Service (NPS).

The NPS named the all-steel passenger/utility vessel Annie Moore after the first immigrant, a 15-year-old Irish girl, who signed the Ellis Island register.

”TAI has designed and built many boats and ships, but this project is particularly special to me,” said Anil Raj, president of TAI. “My very first arrival to the United States was via New York in 1969. While landing at JFK, the Pan American airline pilot tipped the plane wings and announced a view of the Statue of Liberty from the window. He stated that she was welcoming new immigrants to ‘liberty and justice for all in the U.S.’ I feel especially privileged that our company was a part of this project.”

One of the duties of the Annie Moore is to transport national and international dignitary guests to the Statue of Liberty. The 74- by 24-foot vessel is ready to serve the NPS to transport VIPs, official passengers, supplies and equipment to Ellis Island from Battery Park, N.Y. The vessel has seating for 40 passengers and a galley on the main deck. A knuckle boom crane is provided for loading/unloading of palletized cargo.

The Coast Guard Subchapter T inspected vessel was built jointly by TAI and its subcontractor Aluma Marine at its facilities in Harvey, La. It is designed and built to American Bureau of Shipping (ABS) Rules. The ice belt and the bow structure of the hull are designed to ABS Ice class C0 rules, and the vessel includes ice-strengthened reduction gears, propulsion shafting, rudders and propellers. The vessel is equipped with twin Caterpillar C18 propulsion engines.

This is TAI’s fifth vessel design and build contract for the U.S. Army. All were completed within contract schedule and budget.

“With the challenges of the COVID-19 pandemic, we must recognize the cooperative hard work of Aluma Marine craft persons, the Corps of Engineers’ Marine Design Center, NPS leadership, TAI professionals, ABS, the U.S. Coast Guard surveyors and the project’s subcontractors and suppliers. They selflessly worked together during this challenging period to bring this project to successful fruition,” Raj said.

”We are grateful to the United States government for entrusting our marine division (TAI) with this landmark project,” said Daniel Rios, CEO of S&B Infrastructure, which recently acquired TAI. “We are pleased at the successful outcome and hope to perform many more successful projects for the Corps Marine Design Center and National Park Service.”