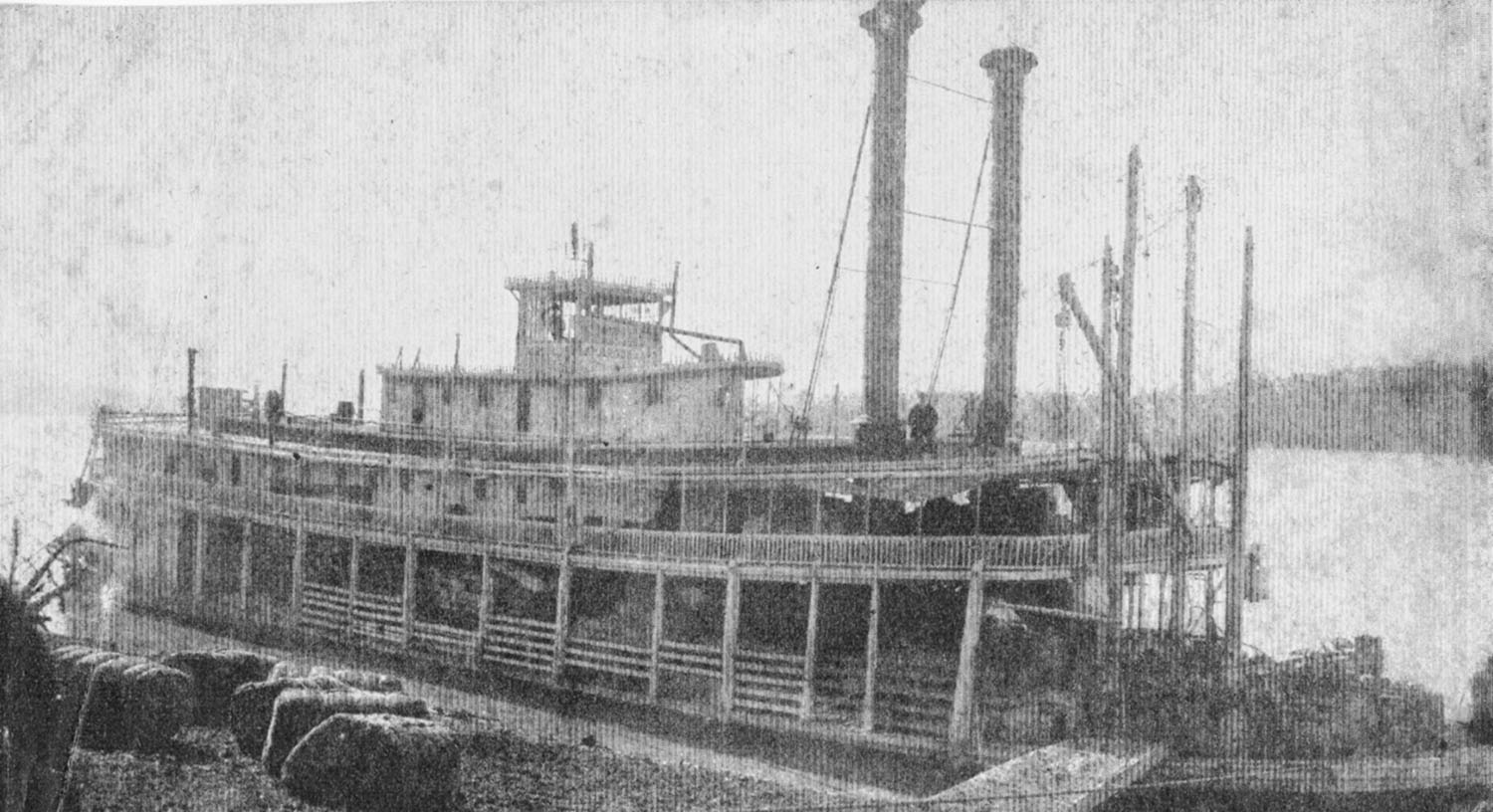 Named for an iron industrialist at Nashville, Tenn., and owned by the Ryman Line, the handsome sternwheeler J.P. Drouillard was a product of the famous Howard Shipyard at Jeffersonville, Ind.

Constructed in 1881 for a contract cost of $7,000, the wooden hull measured 165 feet in length, 31 feet in width and with a depth of 4.9 feet. Much of the equipment was recycled from the upper Cumberland River packet Bolivar H. Cook, also built by Howard in 1873 and dismantled in 1880.The new steamboat ran weekly from Nashville to New Madrid, Mo., a round trip of approximately 660 miles. The usual freight carried aboard was 7,500 sacks, of two bushels and three pecks. The master of the vessel was Capt. W.R. Gracey.

In a 1950s letter to The Waterways Journal, Capt. Peter Wilton of Paducah, who was a crew member on the Drouillard, penned some remembrances of the riverboat.

“The boat had a deep whistle, and its bell came from a big sidewheeler that was being dismantled at the Howard Shipyard,” Wilton wrote. “The Drouillard was fast and was nearly always on time, good weather or bad. There were no electric lights on the boat and its oil-burning headlights hung under the boiler deck; at landings we used torch baskets. The engines (built by the Hegewald firm at New Albany, Ind.) had 14-inch cylinders with a 5-foot stroke. Two boilers (burning half wood and half coal) supplied the steam. The boat had tall smokestacks that were equipped with lowering jacks to enable the steamer to reach the main wharf at Nashville, which was above a low bridge.”

One of the regular pilots aboard the Drouillard was Capt. Raff Moss, of Dismal Mound Hill (above Smithland) who was reportedly a full-blooded Indian and one of the best pilots on the river. The other pilot was Capt. Clem Matheney, of New Albany, Ind., who died suddenly while at the wheel. Other crew members included Hugh Moore, chief engineer; Joe Jones, second engineer; Dave Atkinson, clerk; Jolly Hard, second clerk; Harvey Carroll, head mate; Jim Oarell, steward and Robert Grissom, second mate. Capt. Gracey suffered a stroke while aboard the Drouillard in 1889 and was taken off by the steamer E.G. Ragon, which took him home to Eddyville, Ky; he died later that year.

Gracey’s father was said to be one of the founders of Eddyville, along with the notable Ryman family. Gracey’s brothers, Matt and Frank, were the largest tobacco and grain transfer dealers on the Cumberland River. They owned the wharfboat at Clarksville, Tenn., as well as the sternwheel packet Julien Gracey, built at Clarksville in 1880 (100 feet in length by 22 feet in width), which had a light draft (3 feet) and operated up the Red River, a tributary of the Cumberland, as late as 1886. Capt. Gracey had three daughters and one son, who passed away in the 1950s.

Official vessel inspection records show that the J.P. Drouillard was last inspected on December 22, 1891, at Nashville. The steamboat was last listed on the 1892 edition of the List of Merchant Vessels.

Caption for photo: A faded photo of the packet J.P. Drouillard at a landing. (Keith Norrington collection)