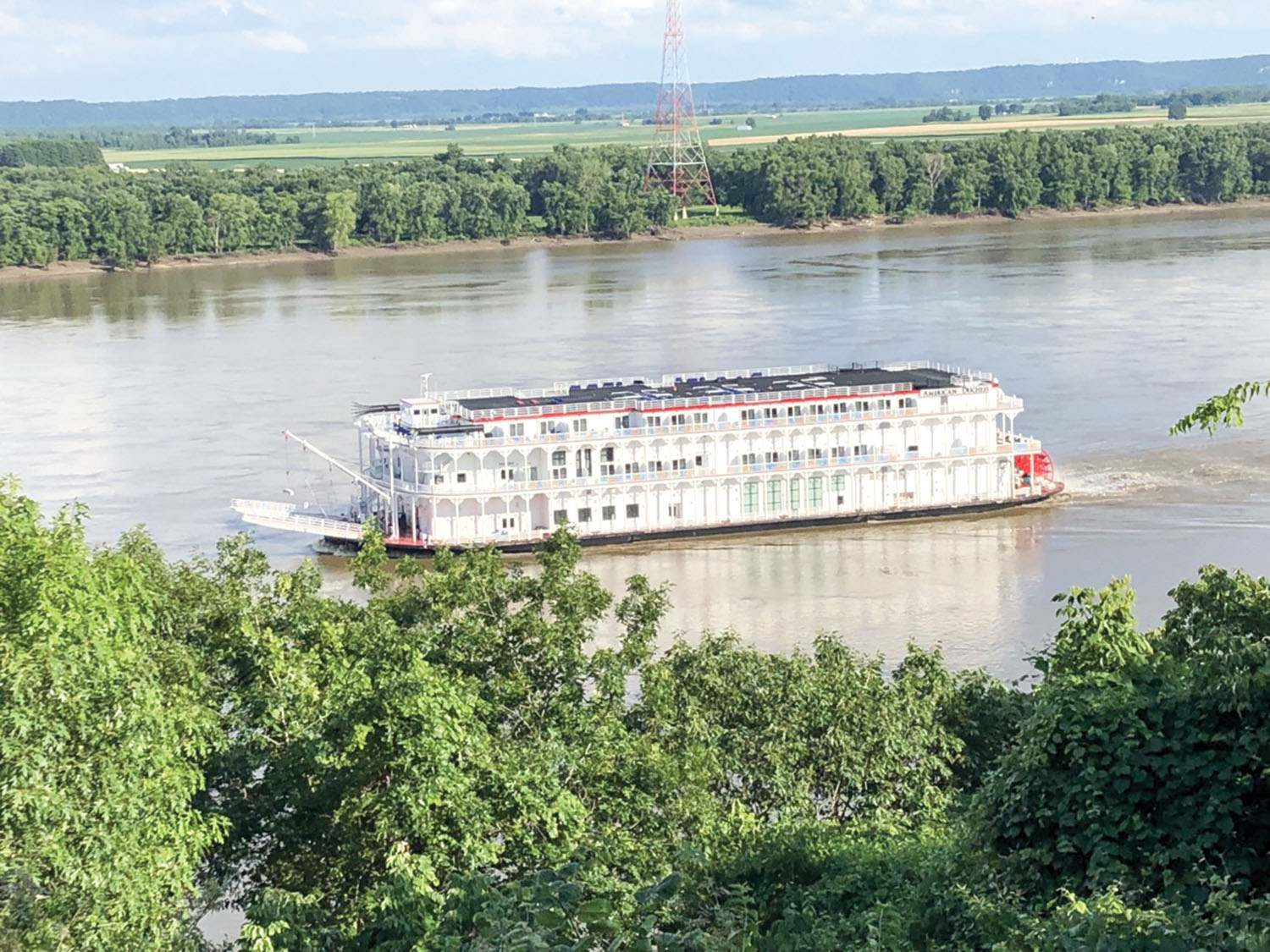 The Mississippi River port of Kimmswick, Mo., welcomed the stop of the American Duchess at 3:15 a.m. July 11. It was the first stop of an overnight riverboat carrying passengers at the port in 125 years, not counting day trips from St. Louis in the Huck Finn and Becky Thatcher excursion boats. The American Duchess is one of four vessels operated by the American Queen Steamboat Company of New Albany, Ind. It is carrying a crew of 83 and 145 passengers.

In May, the American Duchess stopped for a dry run at the port, which was putting the finishing touches on its construction, and company officials saw enough to bring the boat back, this time with paying customers.

The paddlewheeler started its cruise in Louisville, Ky., and made several stops along the way. From Kimmswick, it was due to head to Alton, Ill., and then on to St. Paul, Minn.

Neal Breitweiser, executive director of the Jefferson County Port Authority, which will operate the dock, told the Leader a contract with the American Queen Steamboat Company will bring a boat for three trial run stops in Kimmswick this year. He said he hopes the American Queen, the company’s flagship that carries 420 passengers, will also stop there.

Breitweiser said the Port Authority is negotiating with other cruise lines to make regular stops in Kimmswick. He said the historic Delta Queen, which will base its operations in the port, is still being renovated and is hoped to be ready by 2023 after a slowdown in financing due to the COVID-19 pandemic. It is currently docked in Houma, La.